Bloom Into You - Recommendations 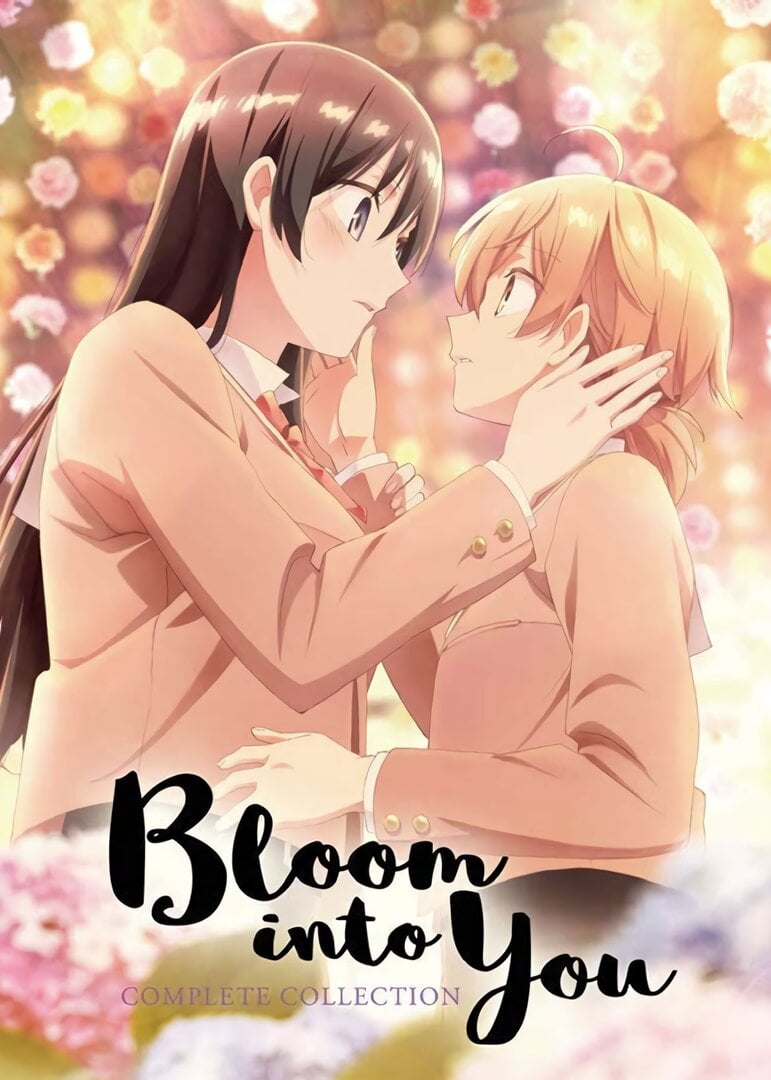 Both of these GL anime have a similar tone and feel to them, and are both relaxing watches. They're both slow paced, chill shows. Both of them also have a similar classical style soundtrack which adds to this feeling.

If you liked either Bloom Into You or Asagao to Kase-san, you'd like the other because both have slow paced girl love.

Both shoujo-ai shows have a similar feel and have very little drama in it. If you liked one and you're looking for a show with a similar tone give the other one a go

Both seires have a very calm and healthy same sex relationship , with a rather minimal dose of drama.

If you're looking for a more dramatic - but not too dramatic - yuri series, both Bloom Into You and Citrus should fit the bill. They both feature solid storylines that feature relationships where one of the partner girls is dealing with personal issues. The sex scenes in both series are very subtle and not explicit so even if you're not comfortable with same-sex relationships, the characters and plotlines make these series a good watch.

Both anime coincidentally feature a raven haired class president and their romantic relationship with a fellow female classmate who's names are similar, Yuzu and Yuu, one having red hair and the other having blonde hair. The similarities don't stop there, in each anime one of the girls is completely thrown for a loop when their friend expresses their romantic feelings for the other.

Even though bloom into you is kinda different they are both really fun to watch. Citrus is quite slow (like every romance anime) and Bloom into you has less romance moments in it. But i still recommend both of them and you should definitely watch both!

Both shows are chill shoujo-ai with barely any drama featuring high-schoolers. The only difference between the two is that Sakura Trick is a bit more fanservice-orientedbut fans of one will enjoy the other too.

Both have cute yuri themes, Bloom Into You is something you might watch before Sakura Trick though. Sakura Trick is lighthearted, slice of life, and Bloom Into You takes a more emotional and introspective view of a relationship between the protagonist and love interest.

Both Bloom Into You and Aoi Hana (Sweet Blue Flowers) are yuri stories that involve one-sided relationships and romantic drama.

Girls loving girls in school settings. The drama is more likely to lead to sadness than to anger, especially since most of it come from one-sided romance. Their similar melancholic and beautifully artsy atmospheres means fans of one are likely to love the other.

Both anime explore a relationship with a person who doesn't understand love while being overly forward, while simultaneosly within a complicated love triangle.

Sakurasou has both more drama and more comedy, and focuses on a heterosexual relationship. Bloom Into You is Shounen-Ai, and lighter to digest.

Both are sweet, mellow and an enjoyable watch...also, both are super duper gay with an adorable twosome in each. You like one, you'll like the other.

If you want more school girls falling for other girls, this is for you. The focus on one-sided emotions, drama, and humour means fans of one of these shows are likely to enjoy the other.

Kimi no Hikari: Asagao to Kase-san.

Yamada may be shy and rather clumsy, but the flower gardens at her school have always brought her happiness. Suddenly, a different sort of beauty catches her eye—the vivacious track star, Kase-san. Although the two girls don't seem to have much in common, they soon start a romance where each must learn an important lesson in tending their budding relationship. Can the two girls, so different from each other, learn how to make their first love blossom?

They are both a really cute GL story with cute characters and a good plot. In a way they are relatable stories, that really get you invested in the plot

To keep it short, both animes have those interesting and almost complicated relationships. I will say that "I Want to Eat Your Pancreas" is indeed much more sad than "Bloom Into You" (but isn't most anime movies more sad than normal animes...). Anyways, they are similar in character development and kinda in the plot... kinda.

These series involve high school girls learning about love while discovering themselves and their sexualities. One-sided romances, love triangles, and teenage awkwardness can be found in both.