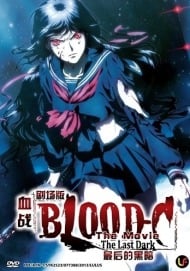 Guess who? Yes, it's the master of overbearing opinions, RandomRedneck, here to bless(Or curse, more likely) you with another anime review. Back during the summer season of 2011, we saw what happens when you give a decent franchise to CLAMP, who proceeded to drag the Blood franchise through the mud, with the pile of dreck known as Blood -C. Well, the conclusion is here, in convenient movie form! Can it end the series on a good note? The answer is no. This is Blood -C: The Last Dark. Let us begin, shall we? STORY Did you expect there to be a good story? Well, prepare to be disappointed. It's your basic, bland, and uninteresting revenge story. Which gets dragged along for the course of the movie, and ends with a weak conclusion. ANIMATION Like the show, animation is the only thing that's done right here. Though most of the budget seemed to go to animating Noodle Body Driver Guy. Considering there's like, 3 fights the whole movie, they don't use it to their advantage. And don't get me started on how ridiculous the final monster was... SOUND Sound fails pretty hard. The ending credits theme is an ear screeching POS, and to top it off, we get the ever annoying voice of Yuuki Kaji, doing his traditional "Guy who yells a lot" voice. Fun... CHARACTERS Oh, characters. The fun part of every review. Thankfully, Saya isn't the annoying, Genki Schoolgirl she was in the movie...that's the job of Mana, who henceforth shall be called "Saya Red". Cause that's all she is. A photocopy of Saya from the show, but with red hair, and no superpowers. Which means she's even more useless than she was. Saya herself is supposed to evoke her tough personality from the original movie. But, thanks to the noodle people design CLAMP loves, she just comes off as a revenge seeking Tsun-Tsun. I'm not even gonna bother with the others, who serve practically zero purpose. There's Generic Driver, Generic Hacker, and Generic Yuuki Kaji character. OVERALL Like the show is came from, this movie is a pile not worth your time. Go watch something that won't have you banging your head in annoyance. That is all. Thank you. Yours truly, RandomRedneck

Story Well this attempts to finish off Blood-C the series ending in a cliffhanger. The basic idea is about a bunch of monsters called elder barins of which a girl called Saya  kills because I dont know why she does it , they say that she needs to do it and for some strange reason she can't even kill humans no matter how much she wants to, I dont know why she can't do that either, anyway, this guy called Fumito is responsible for making these monsters, he did a lot of experiments with Saya's  blood, he sends them to fight Saya to make her happy or some shit like that because she needs to kill them. She them develops a hatred for Fumito beacuse he made her kill some kind of father like figure to her (from the TV series) so Saya  comes to kill Fumito  after she leaves the island.  In this movie now, Saya  meets a bunch of teenagers who help her find Fumito and blah blah blah they talk uncecessary no relevance to the plot, then lets skip to the end, its revealed that Fumito loves Saya..........wow, so this is what i interpret, you love a girl who is a monster so using her blood you turn yourself into a monster and create other monsters so that she can fight it.....because she needs to fight it, good going Romeo, you love a girl instead of flowers send a fucking monster. Lets talk about all the weakness this plot has Ridiculous story Bad pacing, its utterly boring at some parts Irrelevant scenes, too much uncessary parts that have nothing to do with the actual story The characters just naturally fall into their places without any kind of second thought, making them unrealistic So many things go unanswered, just what exactely is Saya and how did these monsters come about The characters motives are unknown, they just do things for some reason that makes no sense Some good themes are brought up but its just killed of because the characters are so unrealistic Animation Berserk the golden age arc,  the animation style is very similar to that, although i prefer this one more, its a heavy mix of CG images and 2D, it works decently the fight scenes are good nothing superb but good, bloody. THe artwork was alright, the characters look anorexic like Code Geass anorexic. As far as I can tell all the strength this pulls or any entertainment you want from this comes strictley from the battle scenes with is sad beacuse there are only a few like 3-4 alone in this movie. There is however very fluid movement of the characters, you know like Ninja Scroll movie movement is fluid like that, but of course this is nothing compared to Ninja scroll Sound Again nothing too good, english dub and sub were good, you didnt really feel the characters from the voice acting, soundtracks used were generally good although they were not often used. Characters I'll be very brief: I have no idea what their motives are Their stories are squeezed up, so their entire background is very messy Some good themes are brought up such as the loniless that Saya faces they are unrealistic, they just fall into place without no reason  Overall Dissapointing, watch only for the fights, other than that I'd say the best part was when Saya  was taking a bath we got to see her tits.

Blood-C: The Last Dark   This is the end of the anime series "Blood-C" and neither is related to "Blood +" I didn't expect it, but the quality of the movie was a lot better than that of the series. Not only in terms of implementation, but also characters, process and end. I would even call it a solid film degree. However, the whole setup for the film was a catastrophe. As for the plot, not much happened in the movie either. It was only about the pursuit of the antagnoist behind the events of season 1. And it all led to a final battle. You saw some new characters, hardly any of which were particularly noteworthy, but they didn't attract any negative attention. The antagonist actually had some charm.   If you've somehow finished watching the Blood C series and want to do a better movie, you should definitely do so. It doesn't save the series, but as a film in itself it's subtle. If you don't have the energy for it, you should simply leave it. For my part, I liked this movie at least as an extension. 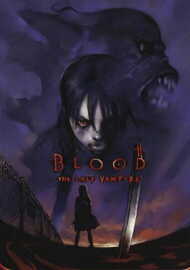 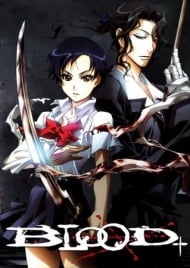 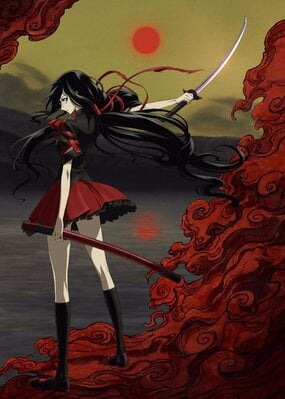 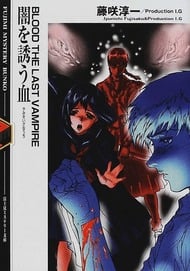 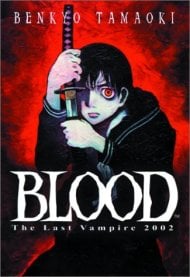 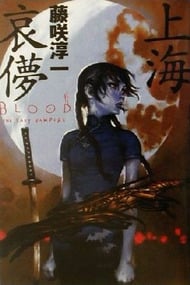 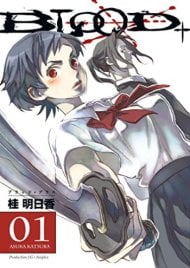 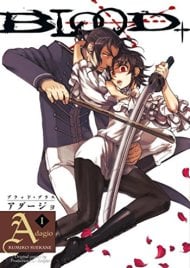 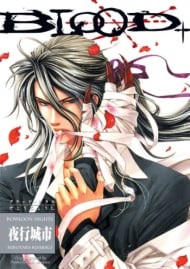 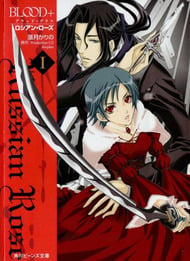 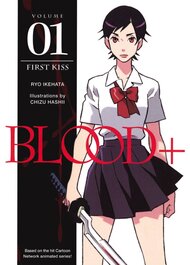 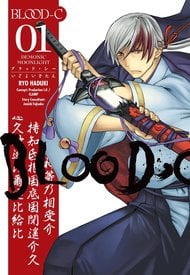 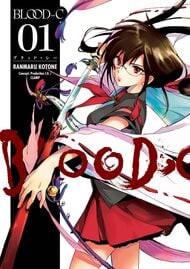 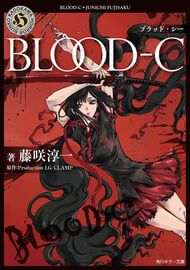 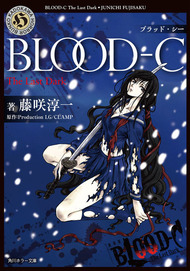