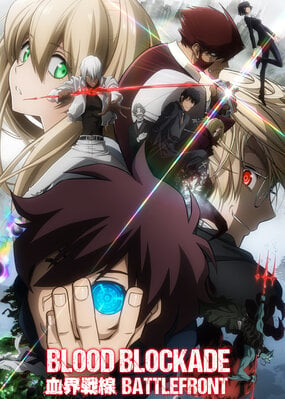 I can't say I really enjoyed this anime. The concept was good and the characters were decently interesting and I did like the little monkey and it was certainly better than listening to the drunken idiots across the street.......It isn't labeled episodic, but it felt episodic which is something I tend to dislike. This made the story feel choppy and like there were holes. This is also a 12 episode anime and like many other 12 or 13 episode anime, it feels somewhat rushed.  There are times when it feels like the story opens up a can of worms and doesn't bother to clean up the mess. In other words, it mentions something or introduces a new problem and then doesn't follow through. The story isn't well told or explained and the characters are shallow or 2 dimensional. It caught my interest at the beginning but I became a bit frustrated when the events of one episode did not carry over into the next and seemed almost disconnected entirely. With the lack of character development besides the main character, I found I wanted to know and like the other characters but didn't know them well enough to. Again, and I have said this before, I don't think most animes should be just 12 or 13 episodes long. I imagine that it part of the problem. In the end, I still don't fully get what I just watched. Also, I really liked the burger loving character but he only got one episode and was never seen again :( The animation was about average. I reallydon't like it when characters are drawn so it looks like their eyes are closed all the time. It's one thing for a minor character to have eyes like that, but the main character having it is worse. That is just my personal opinion on the matter. Like how do those characters even see. I get that his eyes are special but I doubt he can see through his eyelids!!! There are other ways to hide special eyes too. I just don't like it.  I know this show got a decent hype and some really great reviews, but that means nothing. This certainly isn't as bad as some of the other shows people get all hyped about like :cough: SAO :cough: but it's not overly amazing. I did aprecciate that the characters actually got hurt sometimes though. It usually bugs me when no one ever gets hurt when doing a bunch of crazy stuff.

Blood Blockade Battlefront is not a waste of time, but I don't hesitate to say that it's potential is largely wasted. It could have been way way better.  For starters, animation, visuals and music are awesome. Many times I just kept on watching because it was so amazing and stylish to look at. The background music is very diverse, but all of it is good. As for the Op, I finished downloading Bump of Chicken's cd. The version of the anime I watched was the dubbed one, but no complaint whatsoever: they did a good job - and I always watch anime with subs, so I know what I'm talking about. Now for the downside: the story and the characters. The story has a very interesting premise and all in all it's developed decently, just that too many things are left unresolved and unanswered. And not just the main plot point about the protagonists eyes, which I can imagine is left pending to be developed in a second series. Countless times during the episodes things are just brought up and then they're not developed. So why bother bringing them up in the first place? Same goes for the over-arching story, too many plot holes for my taste. The story is set in Hell Salem's Lot, a sci-fi New York City where 3 years before the beginning of the story a sort of multi-dimensional hole opened up connecting NY with the alter-world, so that all kind of weird monsters from that other world poured into our world. The city is wrapped in a bubble and there's a barrier keeping it all together, so normal people and monsters live - more or less peacefully - together. It's obviously more complicated than that, but it's an intriguing setting - and the visuals help a lot in making it so riveting. The characters are developed little or none at all. Which is the other major pitfall of this anime. Our hero, Leonardo Watch, arrives in Hell Salem's Lot and manages to become part of Libra, a secret organization of super-humans. So there are many different - and interesting - characters that could and should have been developed more, starting from Klaus, Libra's leader. But no such thing happens and at the end of the anime we know as much about them as we did at the beginning: next to nothing. Leonardo, being the protagonist is a bit more developed and so are the twins, White and Black. Even the antagonist remains a vague and hazy figure, with no background and no explanation of his motives. In conclusion, great visuals and sound, good comedic moments, an interesting premise, likeable characters, overall entertaining. But a lot of wasted potential. 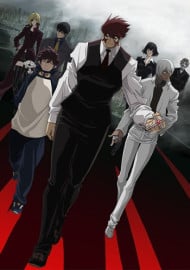 Blood Blockade Battlefront: Even These Are the Worst and Best Days Ever 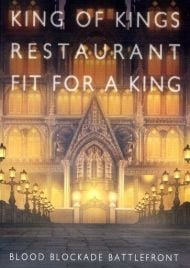 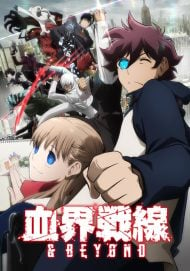 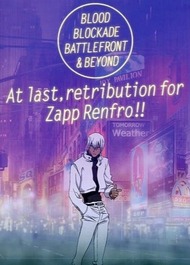 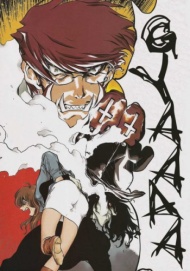 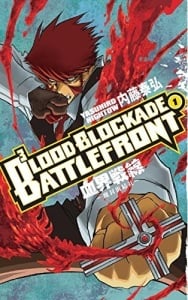 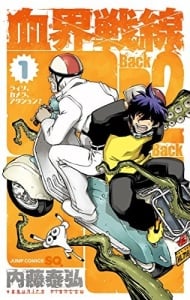 Blood Blockade Battlefront: Back 2 Back