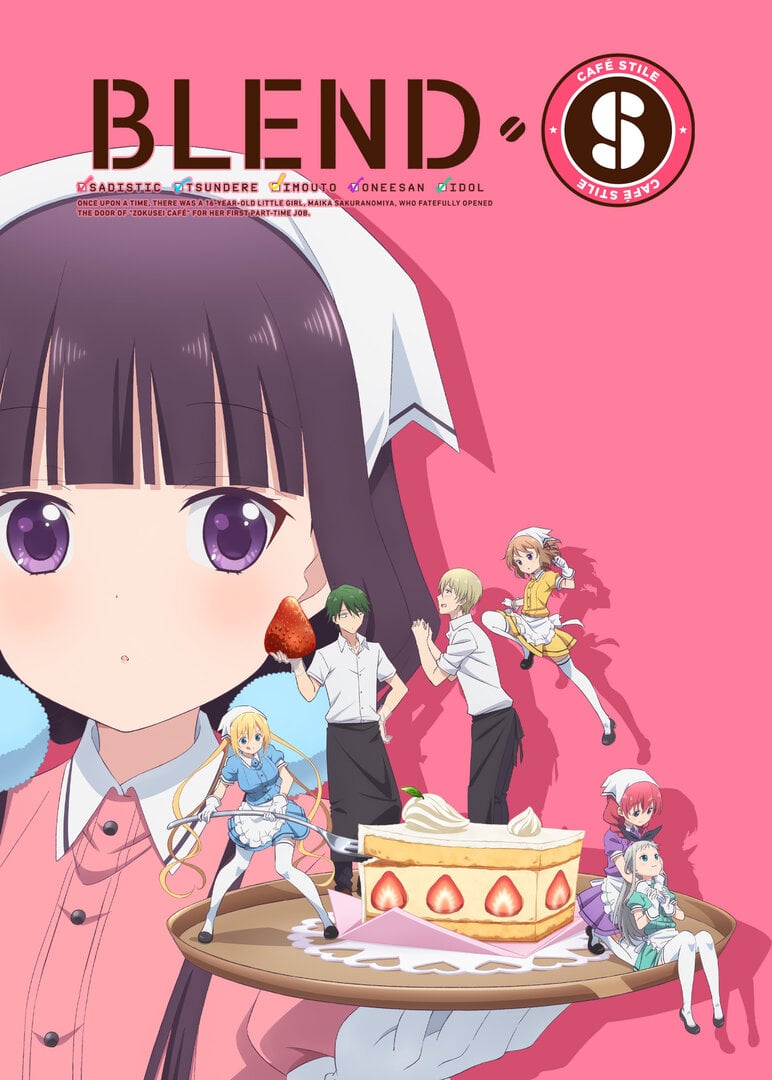 In a corner of Kichijouji, there's a small café where five good-looking young men work... but there's no end to the trouble they cause! Glasses-wearing clean freak Tarou; the womanizing Maki; the ever-penniless Toku; Jun, whose cute face hides terrifying strength; and Minagawa, the patissier who's rumoured to know voodoo...What sort of ruckus will these five cause today?

"Irasshai!" Welcome to the most unruly cafe in Kichijouji and its charming staff of five who have absolutely nothing in common. When tempers rise, so do mop handles, giant boulders and repair bills. Meet Jun, a mild mannered high school student with a sharp tongue and superhuman strength. Tarou, a clean freak with a deadly aim in the art of mopping. Maki, a sloppy, lazy woman chaser. Minagawa, a talented pastry chef equally skilled in the arts of voodoo, and the impulsive, cheerful, though desperately unfortunate Tokumi. A feast of comedy based on the popular Japanese radio drama.

Umio is a shy kid who just started his part-time job at a manga store smack dab in the middle of the city. But his lifestyle isn’t as glamorous as the neon lights that illuminate the city. Umio’s closest friends are his co-workers who are all unique characters, to say the least, and although they're nice people, they have their quirks. They are a tight knit group of friends, have nicknames for each other and spend their weekends inside, sheltered from the extravagant scene happening on the outside.

Lost in a new town, Cocoa stumbles upon the Rabbit House cafe as she searches for the place she'll be staying. Hoping for rabbits, she enters what she'll soon discover is her new home. Follow Cocoa's adventures working for Rabbit House as she meets her new friends: the quiet Chino, the soldierly Rize, the quirky Chiya, the ladylike Syaro, and even a mysterious talking ... rabbit? ... named Tippy.

Tateishi, who works in accounting at a snack making company, has a secret. That secret is the existence of his cute lover that he's had since yesterday. Why keep it a secret, you ask? Because his lover is his unyielding colleague from the planning department of the same company: Mitsuya!