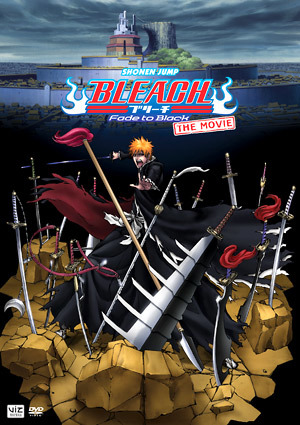 If you're looking for anime similar to Bleach Movie 3: Fade to Black, you might like these titles.

Freed from his longtime prison, Belldandy's mentor Celestin is once again trying to overthrow the Goddess System, but he can't do it without her. To "help" her decide anew whether to join him, he blocks her memories of Keiichi. As Keiichi and company race to restore Belldandy's memory, Keiichi also has to deal with the mysterious Morgan, the one who released Celestin in the first place!

Both the Ah! My Goddess movie and Fade to Black pit the main chracters in similar situations. In both, someone from the female lead's past returns and wipes her memory of everything from the series. Both movies definitely have a more emotional and serious feel to them than the series.

A Kyoukai no Rinne commercial.

When 14-year-old Tsugumi discovers her ability to transform into a weapon, she decides to enroll at Death Weapon Meister Academy, or DWMA. There, she hones her skills, and practices with other weapons and the meisters who wield them.

The peace is suddenly broken when warning sirens blare through the Soul Society. Residents there are disappearing without a trace and nobody knows who's behind it. Meanwhile, a dark shadow is also extending itself toward Ichigo and his friends in Karakura Town…