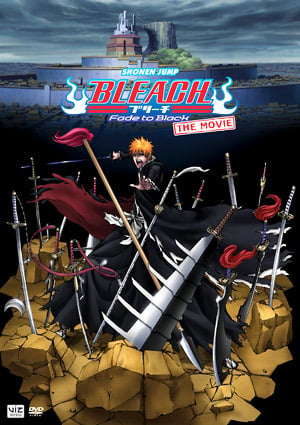 StoryAhh, Bleach. I don’t know how it does it, but despite filling my heart with absolute rage at its terrible fillers, I inevitably find myself anticipating each new movie in the same way that Kon desperately awaits his next glimpse of Orihime’s ridiculously massive rack. So, what calamity has befallen Soul Society this time? In Bleach: Fade to Black – Kimi no Na o Yobu two mysterious intruders break in to the twelfth squad’s laboratory and escape with Kurotsuchi’s latest invention, but not before partially wiping some of his memories and obliterating a third of Seireitei. Meanwhile, the two nameless antagonists kidnap Rukia and erase her memories – thus obliterating everyone’s knowledge of her. While Ichigo initially suffers from this enforced amnesia, he soon remembers her and embarks on a quest to travel to Soul Society, find out what is happening, rescue Rukia, and restore the status quo. Sadly, Fade to Black suffers from one of the same pitfalls as the series. It starts out with an interesting premise that then fizzles away. In this case, I found the whole concept of erasing all recollections of one particular person, thus wiping out her existence, intriguing, not because of the actual memory loss but because of its repercussions. The idea that, if Rukia hadn’t existed, none of the shinigami would have met Ichigo is captivating, though I must admit that the saccharine explanation about memories being linked through strong bonds had me reaching for the sick bag on occasion. While all starts out well, Fade to Black soon takes this appealing foundation and mixes it with the antagonists’ lacklustre motive, before eventually descending into a series of uninspired shounen battles. By the time I got to the appearance of a bizarre tentacled blob creature (which reminds me of a cross between Dr Zoidberg from Futurama and a Pac-Man ghost), I was rapidly losing interest. Also, in true Bleach fashion, Fade to Black likes to dig its own little plot holes. For instance, if Ichigo never meets Rukia, he’d never encounter Kon. So could someone please explain to me how, when he suffers from ‘Rukia-amnesia’ Ichigo isn’t completely freaked out by the funny little lion? I’m pretty certain that if one of my stuffed animals started talking to me I’d be running to check myself into the nearest psychiatric ward!AnimationAfter witnessing some rather dismal animation in the series, Fade to Black’s impressive visuals come as a refreshing change. The majority of the film’s colour palette remains fairly muted. Grey cloud-covered skies help establish the ominous tone of the film, while the striking nighttime settings illuminated by moonlight heighten the dramatic nature of many scenes. The film boasts smooth movement throughout, and the fight sequences display superior animation as each character leaps, dodges and dives across the screen. Equally impressive is Renji’s zanpakutou, which moves in a remarkable whip-like manner while still managing to retain its obvious weight. The end result injects such realism, that it feels like it could be an actual weapon rather than a fantastical fabrication. Overall, Fade to Black provides a pleasing ocular experience.SoundI find it difficult to judge the sound in Fade To Black, since I’ve heard it all before in every other incarnation of the Bleach franchise. The film works on the philosophy of ‘if it ain’t broke, don’t fix it’. Thus, I perceived the exact same score that appears during the series each and every week, and while Shiro Sagisu’s soundtrack works well with the tone of Bleach’s storytelling, it would be nice to occasionally hear something a bit different.CharactersBy now, fans of Bleach are already familiar with the regular cast and their backgrounds; therefore one would hope that any new characters would be the most interesting, right? Wrong. Fade to Black’s two new ‘movie-only’ antagonists failed to hold my attention, and instead feel flat and rather annoying. Call me a hard-hearted wench, but while obvious that I was supposed to sympathise with them and their upsetting past, these two nameless enemies – hereafter referred to as ‘cry baby 1’ and ‘cry baby 2’ – simply felt like whiny, spoiled brats. Instead of actually caring about their plight, and reasons behind their actions, I tried to use my (non-existent) psychic powers to get them off of my screen and return to someone more compelling. The best part of Fade to Black’s characterisation emerged from the chaos of Soul Society’s situation. The effects of removing certain memories from the cast range from a decline in confidence, to self-doubt, and even loss of hope. As such, with some characters behaving in an unexpected manner, I was taken out of my comfort zone. For me, watching Kurotsuchi’s complete breakdown towards the beginning was the highlight of the film. Seeing one of the most composed, sinister, and predatory of Bleach’s protagonists mutating into a terrified victim, wildly swinging his zanpakutou around, was truly enthralling.OverallFade to Black’s strength lies in demonstrating the side effects of the imposed memory loss inflicted by crybabies 1 and 2. Regrettably, this doesn’t last long, and instead of developing it a little more, the movie retreats to a safer and more comfortable arena. While not a particularly bad film, Fade to Black doesn’t specially impress either. As shounen goes, it’s relatively good, and certainly better than some of the fillers that make it into the main series.

Bleach Fade to Black - Kimi no Na o Yobu (I'm Calling You) Plot: "One night, two mysterious figures infiltrate the Twelfth Squad’s laboratory for nefarious purposes, wiping out a third of Seireitei in the process. Amidst the commotion, the intruders approach Rukia and indirectly cause everyone she knows to forget about her – that is, except for Ichigo, who manages to escape this mind alteration. Sensing that something is wrong, Ichigo travels to Soul Society for answers; but with obliterated memories, everyone treats him as an enemy. Now, with all thirteen protection squads chasing him, can Ichigo find a way to retrieve the lost memories of his friends and rescue Rukia - not to mention find out why was she targeted in the first place?" (not my work, this is the site synopsis) Bleach is and it will be probably for a long time one of my top favorite animes.Since i started watching and until now i was always pleased with how things evolved in it which made me a fan of this anime. I was waiting for a long time for this movie (6 months more exactly) and when it got released on DVD i couldnt resist to do not watch it even though it was RAW. Story: As expected this Bleach movie is probably the best among all the Bleach movies that were made until now.In terms of story this didnt left me with an "empty" feeling at all infact i predicted that it will be the same like the other movies more exactly one of the main protagonist(s) will eventualy die (doesnt mather if it as a positive or negative character) but like the other Bleach Movies the bound between characters is astonishing.As the story develops we find out more of Rukia's past and two new characters are revealed (Homura and Shizuka i think were their name) which happened to be the negative characters of this movie. Everything starts when two mysterious figures make an appearence in Soul Society provoking a big turmoil. Using that oportunity those two turned against Rukia Kuchiki and the kidnap her and not only that, they completely erase her memories about ever being a Shinigami and automaticaly her memories about Ichigo are lost. However the red string that connected her memories to Ichigo has been ripped off and as a consequence the other Shinigami completely forgot about Ichigo. Ichigo on the other hand experienced the symptoms when he is asked by several classmates about Rukia and for a moment he seemed to do not remember her. When he turned to Urahara for answers he receives the same answer, that he never knew that a Shinigami named Rukia Kuchiki ever existed nor he ever came in contact with her. One thing became clear to him, something happened in Soul Society and he went on a journey to find out what happened and why people seem to forget about Rukia. He encounters in Soul Society but he also encounters the two mysterious figures. Those people attacked him and washed Rukia's mind telling her that he is a bad person. Later on, the other Shinigami due to their lost memories of Ichigo start to attack Ichigo. What will happen further on and how will this story end? Animation and Sound: Nothing to complain the animation was excelent probably the best animation and character design i ever seen.Among the animation from Bleach episodes and the other movies the animation from Fade to Black is probably the best. The sound for me became realy familiar.Always glad to hear "Getsuga Tenshou!" or "Bankai!" and other techniques. Characters: The characters (especially the new ones) were developed pretty well.Infact here i got also nothing to complain but other than the new characters and abit of Rukia's past revealing there isnt something new. Overall: As an overall this movie is highly recommended but only for those who been through the Bleach episodes mainly because if you havent you won't be able to understand some things from it.And im damn sure that if you are a fan of Bleach it is impossible to hate this movie. ~Enjoy and Cya around~

This was boring to sit through for the most part. Nothing really interesting or new happened (ok i lied one very interesting thing happened :P) but it felt more like the same old blaa blaa that bleach is oh so good at doing.The animation is what kinda makes this worth sitting through. It's nothing too overly special but it still looks oh so perdy. I have a soft spot for the music in bleach even though it's nothing new and is almost always overused... but the songs are oh so catchy!!!Anyway this movie wasn't bad but it wasn't good either. it's gets a huge meh out of me and well if you are still watching or happen to love bleach you'll "enjoy" this movie 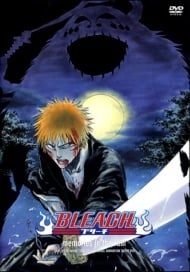 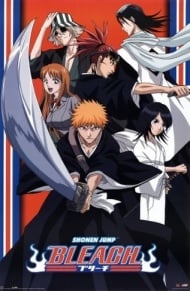 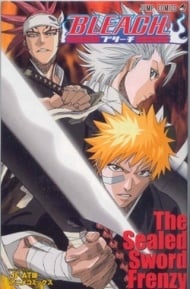 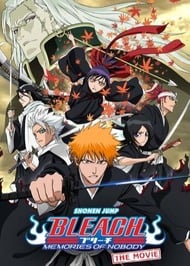 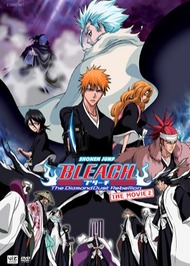 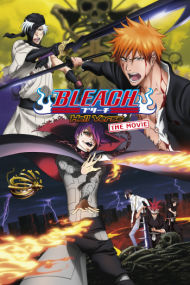 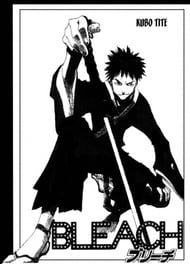 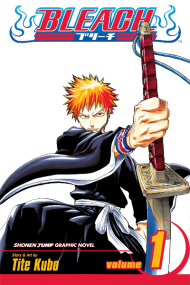 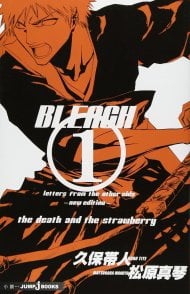 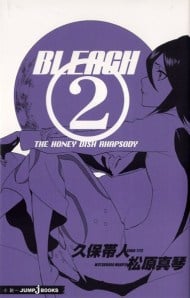 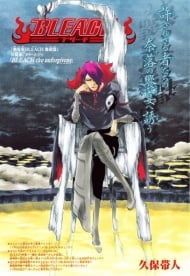 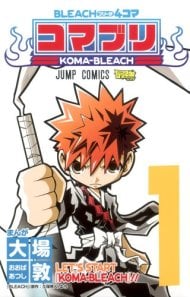 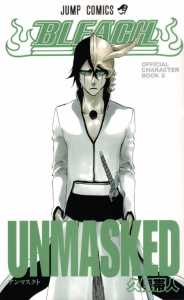 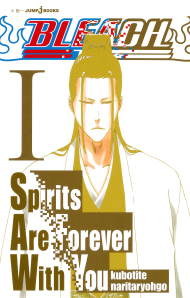 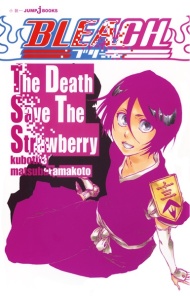 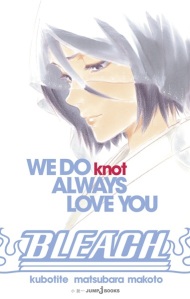 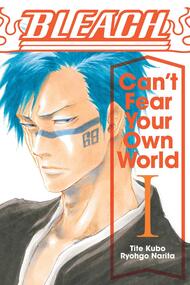