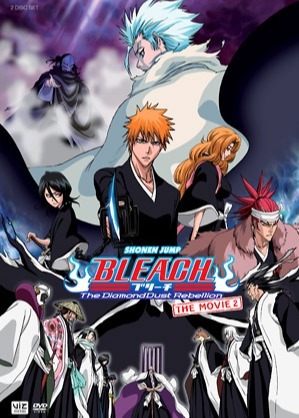 Bleach: The DiamondDust Rebellion takes place in the Bleach universe, as the title may suggest. It focuses mainly on 10th squad captain Hitsugaya Toshiro, so if you're a fan of him, you'll enjoy this movie, and if you're not, you might not find it interesting. If you're neither of the former, like me, you'll probably enjoy it too.

The story isn't the most original story you'll see, as it follows the theme of revenge based off of a grudge from the past. Said revenge will be executed by obliterating everything. So there's nothing special in that department. Toshiro gets involved in this act of revenge because he has a connection to the man who holds the grudge against Seireitei. One day, the King's Seal, a mysterious and powerful artifact, gets stolen from right under the noses of the squad protecting it (the 10th squad), and Toshiro ends up missing. Now, events that may change Seireitei begin to unfold. And that's where the movie starts off.

It gradually explores Toshiro's past with the man who wants to take revenge on Seireitei with sporadic flashbacks, that doesn't make a lot of sense at first, but they become more and more clear as the events in the movie unfold, and you soon get to learn the reason behind this man's grudge against Soul Society. While this way of telling the story is not something unseen, it works very well with this movie, and does give it some extra tension and entertainment value.

Long-time Bleach fans will probably enjoy this movie because we get to see many characters we've not seen fight for a long time fight. Among others, there's Zaraki at his craziest, Yoruichi and Soi Fon with their Shunko, and Ikkaku with his bankai. Of course, there's a lot of icy fighting courtesy of Toushiro.

Another thing I believe long-time Bleach fans will find enjoyable is the animation quality, which is at the very least astounding. With awesome lighting effects, very fluid character movements and high attention to detail, it surpasses the normal quality of Bleach's animation by many levels. If I could, I'd set the score to 15/10.

The soundtrack is awesome as well, with astounding tunes that fit right into the mood of the movie, amplifying the scenes and events as well as a soundtrack should. DDR's soundtrack is one of the few that gets the honor of being downloaded to my computer.

All in all, if you're a Bleach fan, don't hate Toshiro, and if you don't mind a classic revenge-based story, chances are you'll enjoy this movie. 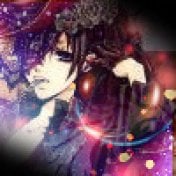 After looking over my past reviews here and my newer ones on MAL, I admit I was wrong, grealy wrong with the first review for this.

The story- The story was.. how can I say, adiquite.. descent enough that kept you somewhat entertained to watch the movie through. I didn't like it however seeing as it looked like something I've seen many times before within the Bleach series. Two friends, rivals, one becomes a villian and banned from the Soul Society after a fight with the other who became captain. Comes back to have his revenge. Hm.. it may seem interesting at first glance but once you watch it you'll notice a re-accuring theme within the entire series. So I will only rate it a 4 seeing as it was pretty descent enough to keep me entertained.

Animation- I can honestly say that the animation was the only other thing that had me fasinated. It was probably the only thing I found that I could stand without become bored. You have pretty good graphics and the characters look a little better then the original series itself.. kinda like a 3-D sort of effect but without it really being 3-D.

The sound- The sound was pretty good as well, I say a fair 6 would be a good rating to discribe it. They may have captured sword sounds, wind effects, but I felt that there was a great deal more they could have improved on.

Characters- There was always something about the characters that would tick me off. Wether it was how annoying Ichigo was and some of the captians, or how girlie they made the female characters are.. I just can't get into them, really. I found that Ichigo no matter who played him his voice was annoying, his attitude was annoying.. a great deal about him was all annoying. Toshi.. or better yet Captian Hitsuguya... I still found him pretty annoying even if the story was about him this time instead of Ichigo.. something about his bratty attitude rubs me the wrong way.. Overall all the characters have something that kills me to the point I want to strangle.

Overall- I give it a 4.6.. even if the story was poor and the characters annoyed me to that point 'points above head' I found that the sound, animation and a descent story was pretty good. You can keep somewhat entertained if you are someone like me, or if you are a complete Bleach fan then this is something that you'd probably obsess over seeing. Either way it somewhat of a good watch. 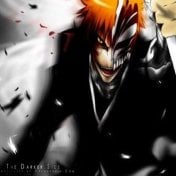 Well, the commercial was certainly very exciting, but the movie was a little different. The whole idea was ok, but it was a little sickening, seeing how Soul Society pitted friend against friend just because their zanpaktou were the same. It also made me a little uneasy when Soul Society jumped to conclusions with the disappearence of both Captain Hitsugaya and the King's Seal.

Overall, it was a pretty good idea, but it wasn't too great a movie. It was certainly emotional when it came to the flashbacks of Hitsugaya. Although it's a pretty good movie, I wouldn't say it should be recommended to all audiences.

this is one of the best real anime movies ever.at the end I felt like they flicked us off and the battle just ended but what happens next? I dunno I hoped they added another scene of toshiro's past or another scene of what's happening to the other characters. (of course at the end)

This was overall a good movie and its based around Toshiro Hitsugaya. It has an mediocre plot line but is still a great movie.