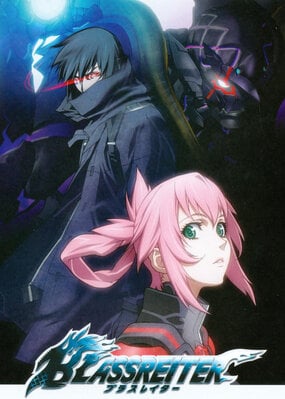 In the near future, demons with the ability to fuse with machinery and infest corpses have begun terrorizing mankind. Dubbed 'Amalgams', no one knows how they are created, or where their abilities originate from. As the random outbreaks continue, the general population begins to panic, demanding protection from these vicious beasts; enter XAT, a military unit created solely to counter the Amalgam threat. Despite being a highly skilled unit, however, they find themselves hard pressed to contain the threat, let alone subdue it. To compound matters further, a new type of Amalgam surfaces that proves even more devious than the rest - one made from the human, not machine. Yet all is not lost, two of these new Amalgams - the feisty Gerd and the mysterious Blue - actively oppose the others. With the odds stacked against them, will they be able to protect mankind while simultaneously being shunned by it?

The Cost of Glory

The Abyss of Hate

The Meaning of Power

The Bowels of Conspiracy

An Overture to the Apocalypse

Story (4/10): I have a guilty fascination with animated blood and explosions that look like someone upended a carton of orange sherbet all over the screen. As a result, I watch more shounen anime than might be appropriate for my age. When I started watching Blassreiter, I knew exactly what to expect: computer generated fight scenes, twinkling droplets of blood and, since it's a Gonzo anime, slightly above average content. That last specification was, perhaps, a little too optimistic. The studio responsible for Hellsing and Chrono Crusade again produces a title packed with flashy monsters, well-endowed female leads, and stunted religious undertones.  They even recycle tried and true apocalyptic leanings, and this is exactly where the problem starts. Blassreiter is set in Germany where a flock of infected humans, known as demoniacs or amalgams capable of fusing with machinery, has begun to rampage and witlessly attack humans. At first, no one but a mysterious blue demoniac and motorcycle racing star, Gerd, seem capable of controlling themselves once they have been "demonized." This unfortunate turn of events, for Malek and his friend Johan, barely grazes the tip of the missile.  German nationals in their school continue to bully them for their "outsider" or foreigner status. This part of the story is definitely the most fresh and interesting; the two plots play off of each other in an excellent manner. Unfortunately, it only lasts for about a fourth of the series. Almost at the middle of the show, the apocalypse--pun intended--sets in. Beatrice wheels into town carting nanomachines and spewing speeches about accelerated evolution and purifying the world. If you think you've heard it before, you probably have. Unlike in shows such as Neon Genesis Evangelion, however, the plot stubbornly refuses to do anything new or interesting with this tried and true theme. More intriguing sub plots from earlier in the show get dropped without explanation, and the dialogue becomes trite. What starts out as an engaging and mildly thought-provoking storyline devolves into an enormous disappointment that is often difficult to slog through.  Fans of "slightly above average content" are left only with flashy and dizzying fight scenes to entertain them. Animation (6/10): I want to give Blassreiter an exemplary score in this category for edge-of-your seat computer generated fight sequences and bright, visually catching, and sometimes even proportional, character artwork.  The problem is that the integration of both of the aforementioned with the scenery is simply too poorly done to keep me focused on the plus side. While the mecha-like Blassreiter, or "pale horse," battles pleasantly remind me of an upgraded REBOOT!, and well-rendered visual references to Kubrik's A Clockwork Orange placate my inner film buff, the scenery is often stagnant and displays no signs of character interaction. There is one scene where Amanda, the lead female, rides her XAT bike down a mountainside, and it looks a bit like she's floating instead. Not only that, but placing computer generated amalgams beside brightly animated characters in the same shot a definite disconnect that is not dissimilar to finding a Dragon Ball Z DVD in a Love Hina case. So, while I can consider portions of this show well-animated, it's when these aspects are coupled together that the visuals fall apart. Sound (8/10): This is my favorite part of Blassreiter. While none of the Japanese seiyu deliver stellar performances, and this might be the only anime where I prefer to watch the English dub, the sound effects are masterful. Motor cycle revving sounds nothing like a malfunctioning hair dryer. Mecha crashes make the action come to life and complement the animation perfectly. The most exciting thing about Blassreiter's sound, though, is the use of silence or music tracks during key plot points.  At times, I almost feel like the music alone could save Blassreiter from flailing below the line of mediocrity, but only sometimes. As for the music, some of it is above average, but for the most part, I've heard it before. None of the opening or closing themes bring to mind Hermann's line in episode 12, "It doesn't hurt that much, just enough to make me want to put a bullet in my goddamn skull," and the opening theme for the second half might even be called enjoyable by the Japanese Pop enthusiast. Characters (3.5/10): The same thing that bothers me about the story bothers me about the characters. The most interesting characters disappear quickly, and some of least canned lines are actually spoken by single episode minor roles. The main leads of the show devolve slowly into typically angst-ridden badasses and Christ-like self-sacrificers who understand the morality behind the show almost instantly. Amanda, the female lead, simply fails to have a personality. That is, of course, not to say that there aren't women in the show who fall into the other character categories, which places Blassreiter up a peg in the shounen genre. That does not excuse the show from using archetypes like recyclable card stock. Overall (5.2/10): While I went into this show expecting Studio Gonzo to give me the B+ anime I often crave, I ended up with something simply average. Fans of well-orchestrated and flashy action sequences will dig into this show; in this respect, I doubt Studio Gonzo will ever disappoint, but if you're looking for a little touch of freshness mixed into your violence, I suggest passing up this title.

So it looks like everyone else who has reviewed this anime thus far have been quite critical of it. However, I myself found it quite enjoyable. I thought it had a rich story and deep plot, filled with great themes, symbolism, and imagery (though, you probably need to know a bit about Christianity/Catholicism to catch that). Some notable themes include finding meaning in suffering, self-sacrifice, trust in divine providence, forgiveness, God's mercy, the corrupting nature of power, the wretchedness of man as balanced or outweighed by the essential goodness of man, etc., etc.The animation is okay. It certainly isn't stellar but it isn't so bad that you cringe when you watch it. The CGI was a bit jarring at first, but you do get used to it.I personally enjoyed the music the series chose to use and thought the characters were well-developed. I'd recommend this anime to anyone who is looking for a series that'll leave them thinking about the most important things in life. It is a nice break from the mundane, linear plots found in other anime. 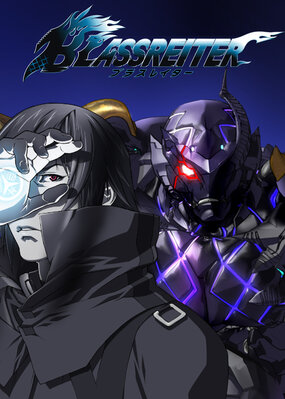 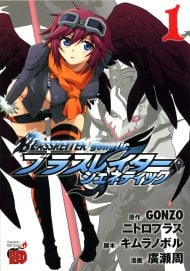 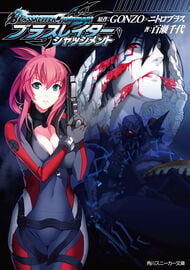