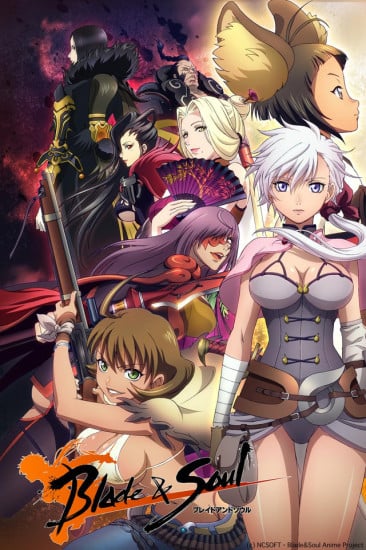 Tl;dr: Bland crap that would have a hard time keeping a house plant interested. Before we get started, I want to make the disclaimer that Blade and Soul is based on a MMORPG by Korean studio NCsoft. I haven't ever played the game, so it's possible that somehow the game makes the anime make sense. That being said, I seriously doubt it makes any difference as it looks like the anime tries to be self-contained. Also I did watch all of this show, despite really not liking it after the first episode (which showed some potential). Story: Blade and Soul follows the adventures of the female assassin and sociopath Alka as she goes on a journey to avenge her mentor, who was murdered by some generically evil villains with large breasts and spooky voodoo magic. Along the way, she supposedly learns to regret all the people she killed and comes to terms with her own sense of self, primarily by either killing more people or crying about all the dead people. At least, I'm pretty sure that's what the creators intended, but I really found it hard to give a damn because everything is so dull and uninteresting. This show attempts to have a fairly violent and dark tone, but it utterly fails by delivering a setting that is bland and insubstantial. There's even a generic evil empire-type thing that gets mentioned, but we only really hear about how they're big and evil etc. The main villains, who are nominally part of the Big Darkbad Empire of Evilness don't really seem to care about any larger motivations and are primarily occupied with being as evil as possible, so it hardly matters.  Animation: It's decent, probably the highlight of the show. Characters are fluid and it has a nice range of colors. They also use some CGI effects to create e.g. heat shimmers around fire and some particle effects here and there. The animation isn't revolutionary, but it's probably the best point of the show. It tends to excel in darker scenes, whereas in brighter settings the animation quality drops a bit. The show is light on fan service, but you get the impression that the creators wanted more given the bounteous bosoms featured on most female characters. Sound: Clear and well mixed. The accompanying soundtrack is decent, but slightly generic. Voice acting is passible. Generally, not much to comment on. Characters: Ahh yes... the characters. Blade and Soul has them in a vague sense, but none of them are particularly interesting. As mentioned, the bad guys are your standard pantomime supervillains, in this particular instance they are dressed up like the goth kid who listened to too much Visual kei. There is a certain attempt to establish motives for the "good" guys, but they are hardly more than cliche variations of vengeance and greed. We are supposed to feel sympathetic to Alka, but she has all the personality of a potato (to their credit, via extensive character development I'd say that by the end she is upgraded to the intellectual depth of a baked potato). In fact, this is intentional... the core of the plot revolves around the fact that she has basically no personality to speak of. Feeble attempts are made to expand other characters, but again who cares? As for character design, some look fine and some look ridiculous but in the long run it just doesn't matter because the plot is so damn stale. I do feel it necessary to mention that one character only speaks in a sort of whining grunt, which makes for accidental hilarity whenever he appears. If you've ever watched the English dubs for Ghost Stories (and dear god, if you haven't, go watch it NOW), it's like a grown up version of the little brother. Summary: Blade and Soul isn't very good. On one hand, it isn't a complete disaster and I get the impression that genuine effort was put forth beyond just wanting to cash in on a game tie-in. Unfortunately, a vague plot and uninteresting characters mean that this anime probably isn't going to be getting any newcomers into the game. I think the only people who might be interested in it are people who play the game, but speaking as someone who hasn't I don't think I have any interest. Conclusion: Do something else with your time.

This anime has some serious flaws. Some of them worse than I've ever seen. But I still quite enjoyed this anime. So for those of you discouraged and wondering if it's worth watching, I want to pose a different view from the hate it's gotten so far and explain how I enjoyed it. Beware: this anime will seriously test your ability to take things at face value. In terms of ingredients, Blade of Soul is: Powerfull warriors Action packed battles A violent every-man-for-himself world Occasional mystic powers Mild fanservice (bOObs!) Seeing the lives of the characters outside of battle Oddities and issues you will need to overlook Somewhere that sounds promissing right? Epic battles, blood, boobs and the fantasy to tie them together. I sure thought so, so let me get to the watching tips. How I watched it I think this anime has a lot of things you need to take at face value. It's based on a Korean MMORPG and you should treat the fantasy setting as such. The over the top and revealing clothing these ladies wear is supposed to pass for armour, non-sense but common for this sort of fantasy. The rampant plot holes and unexplained phenomenon, you will basically need to pretend they aren't there. Probably even you will need to add a bit of your own fantasy to fill some of the gaps. Side characters will be side characters. Episode 13, I will deny it's existance altogether. I think the story does have potential and in it's current form is not at all boring. The problem is that it's badly done. Had they done a better job at finishing the story this could well have been amongst my favourites. Finally there are some minor issues with the sound and a considerable slip-up in the animation that I'll get to in their respective sections. When you are able to look past all of that, what remains is actually quite enjoyable. Plot problems aside, the lines for the characters are good. The animation is good, making for sweet battle scenes and importantly giving much needed body language and manerisms to the main character who does not speak much. The sound effects and music hold their own pretty well. And the characters, while lots of them have clear archetypes as their base are well interesting and had enough surprises to keep me engaged. Ratings Story [3/10]; This is easily the biggest issue with the series. To call it flawed is an understatement. It's unfinished. There is synergy between the characters and their lines are properly done. There are just too many plot holes. So many things missing or unexplained that I wonder if the creators didn't know themselves, or for the sake of keeping these questions open for the MMO were not allowed to or something. Either way it's a problem they should have addressed. Finally I think the antagonists did not get enough attention in terms of screen time. They do not really get the chance to develop their story. If they had gotten rid of EP 13 and used that time for bad-guy development instead that would have been nice. Animation [7/10]; The artwork and animations are well done. Exciting battles, solid body language, it's a clear strength of this anime. However in the last few episodes there seems to have gone something wrong, several scenes had a quality drop, while most others were the usual quality. It seemed as though they ran out of time to go through the final completion steps of animating for those scenes. Had this not been the case I would have rated the animation at 8 instead. Sound [6/10]; While not particularly memorable or amazing, it's not bad either. Nothing really sounds out of place. The music gets the job done. One thing stood out to me that made me rate it slightly lower. I recommend not reading this if you still need to watch (part of) the anime. Here goes: there is a particular sound effect of Alka's blade that is re-used time and time again, even in a single scene. Possibly it's a reference to the game (haven't played it), but it annoyed me. Characters [7/10]; I like the characters. The main character may be a little difficult to like, because even though she hardly speaks, she still has a lot to her personality. Some things that come to mind is, sometimes she's quiet because she's stoic, sometimes she's quiet because she's awkward, her posture shows discipline and confidence, but her manerism shows a subtle feminine side. None of these traits are really in your face and the other characters I feel do slow down a bit to make sure they don't overshadow a timid main character like this. There are more things to her, but those I don't want to spoil. The other characters do all have a clear role cut out for them, but in that role I like them. The only ones that I had a problem with were Shou, the moral prince from episode 5 who was plain annoying and Ga Gante the mute brute who showed a very 1 dimensional character development. Overall [7/10]; Let me say, I feel the studio does not deserve a 7/10 rating for their work. What they delivered really warrants all the hate it's getting. However, the 7 comes from how much I liked it in spite of that. Which leads to the conclusion. Conclusion If you are the kind of person that can look past the obvious problems and take pride in your skill evading imploding plot holes. You might still want to give this series a go. Are you someone who expects a certain standard from anime, or who thinks an open mind is for 9 year olds. Don't be fooled by the boobs and run for your life! 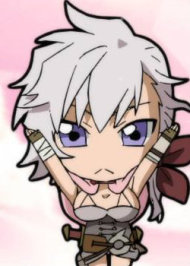