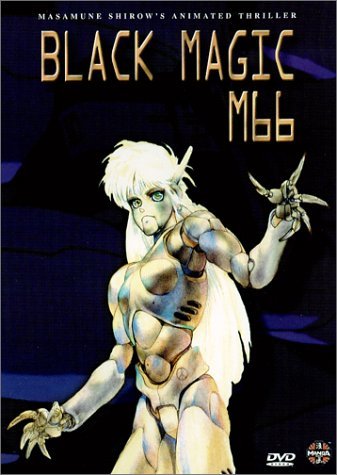 Honestly wish we had more animes with this kind of 80/90s anime style and look, I loved the designs.

I was a little skeptical about this OVA going in, especially since I'm not the biggest Masamune Shirow fan, but my fears ended up being unfounded. Although it is light on story, it is a fun spectacle of an anime.

The plot concerns a pair of escaped experimental military androids which must be brought under control, and the freelance journalist covering the action who gets directly involved once she learns about their target. There are tiny bits of dialogue-based worldbuilding, mainly in the form of hints about an ongoing conflict with a northern country, but don't expect the exhaustive amounts of detail that are standard in later Shirow works.

Instead, the visuals do most of the heavy lifting, and include Shirow staples such as characters whose designs are obviously influenced by Katsuhiro Otomo (though, to be fair, this sort of thing was present in the works of a lot of creators back then), intricate mecha that's more curvy than boxy, and a bit where the heroine walks around her apartment while wearing very little. This latter scene also does a good job of establishing her character (and also that the cameras in this world still use film!). She's a little disorganized and almost too serious, but also a hard worker who strives to do great work.

Then there's the action, and lots of it. Fans of mid-to-late 80s OVAs in particular will love the animation in these scenes which, while not the best the era has to offer, is still very, very good. Highlights include the humanoid M-66 androids moving in distinctly inhuman ways, and some spectacular moments atop a skyscraper towards the end.

Much like the story, the sound is nothing truly special and gets the job done. Other than that, this is a really cool little OVA, especially if you like 80s-style anime and/or Masamune Shirow's other works. Don't expect a masterpiece, but do expect a well-animated bit of light, action-packed entertainment.