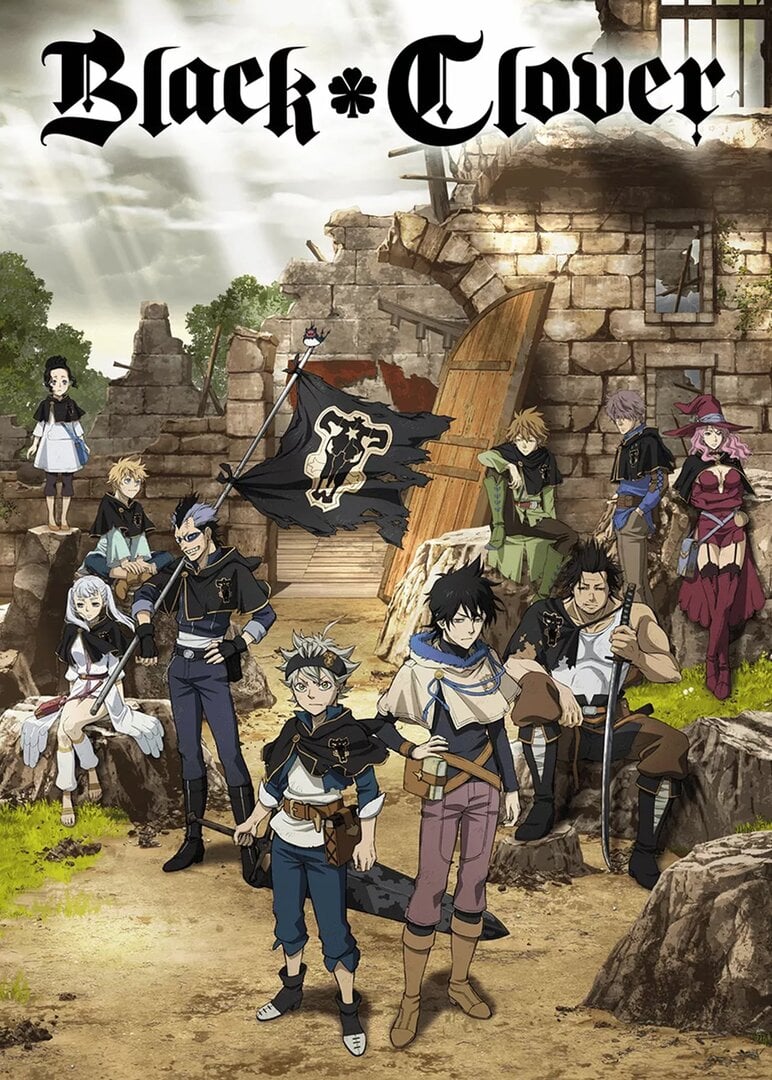 Black Clover Episode 68 - Battle to the Death?! Yami VS Jack

The Star Festival, the biggest festival of the year in the Clover Kingdom was about to take place. Every year the festival, the number of stars each Magic Knight squad had acquired would be announced. Captain Yami and the other Black Bulls prepare to go all out for this festival. Noelle tries to use this chance to enjoy the festival with Asta, but Asta ends up inviting some guests to the festival. The guests happened to be Kahono and Kiato...

Like Black Clover, Fairy Tail focuses on magic and just like Natsu, Asta is a hot-head who wants to be the most powerful being in the kingdom.

Both are mediocre magical shonenes. but Fairy Tail has charm to make up for it and have fun, while black Clover has none.

Naruto and Black Clover is very similiar.There is one kid who can't do anything but will not give up.A rival that is very skilled and good.There may be no magic in Naruto but its very similiar to magics.

In both animes main character is non-gifted personin magical world. both rivals are especialy gifted ones.

There are a few similarities between the shows, though there are also differences. In Black Clover, the MC is an orphan, unlike Izuku, who was raised in the church where he was found alongside another boy of the same age at infanthood. In the world of Black Clover, everyone has magic, and magic is everything. However, Asta, the MC, is the only person in the entire kingdom, possibly the world, with no magic to speak of what so ever. He has trained his body every of the fifteen years he's been alive so that he can fulfill his dream of becoming a magic knight, the protectors of the realm, and becoming Wizard King, the most powerful wizard in the kingdom. Ring any bells? Whats more, the boy who was discovered with Asta by the church is a boy named Yuno who also aspires to become the Wizard King, and has been gifted with incredibly powerful magic. Once a year, ever 15-year-old in the kingdom is given a grimoire, a magical book that records spells and enhances the user's magical powers. Asta's rival, Yuno, is given an incredibly rare, powerful, and legendary grimoire while Asta, hoping that his grimoire will finally allow him to use magic is instead gifted with a strange and unknown power that carries him through the Magic Nights Exams and into knighthood. However, his adventures have only just begone and trouble is stirring deep within the Kingdom. To me, this show is both exremely similar to MHA, and yet unique as well.

I can see a strong parallel between these two shows. Both starts off with teenage boys who have no powers. Both of these boys have goals that at first seem unachievable. Then they both miraculously obtain an ability that sets them apart from everyone else. There are also other minor details such as rivaly between childhood friends and they both have entrance examinations. Also, Izuku and Asta both possess great determination. Both of them do not let their weaknesses hold them back. They continue to fight despite the fact that the odds are against them.