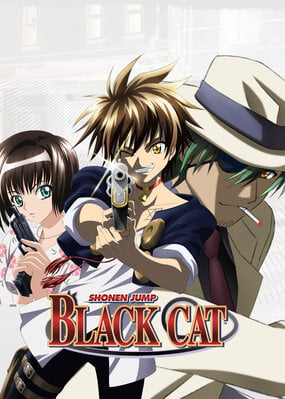 Ok, so before I have told you that I’m not crazy about girls and guns genre, but I guess this could be considered guys and guns. Now in this, it’s a bit different except the concept was the same, guy gets into a organization as pretty much a hired gun and goes around assassinating who the organization doesn’t like. The thing I like about this show is that it doesn’t start there, and most of that is actually back story. This is about him getting out of the group and learning what he himself wanted. The character that actually helps him figure this out is ‘new’ code was Saya but it really annoyed me they killed her off so quickly. Now I do wonder a lot about why Saya is a big part of Train’s life and why he goes out for revenge. He only knows her for about 2 or three days so why does he go crazy when she dies? Is it because she is the only person he cared about that died in front of him? I don’t think that’s the case because they show he has seen others he cares about dieing before then so why? Give us a bit more to work on with her please. I liked the show but I hate that they add Saya only to kill her off in the first 2 to 3 episodes. It’s just not fair to both Train and the watcher. Once I got into her character, then I’m hurt by how she is no longer there. Though there flash backs, we don’t see much of how she affects Train much. It somewhat makes me feel that the first five episodes were wasted on the so called relationship between Train and Saya that had no real reason for being because it wasn’t much of a relationship. The fighting was rather interesting though sometimes it bothered me that we only got flashes of the fight and not a whole fight. It did get better after a while though. I am also don’t really like the sudden change in Train’s character that seems to mess with me. He all of a sudden is so childish in front of strangers. It’s a complete turn around from how he was in the first few episode without any space in between for growth. Some of the animation feels much like an opening to a James Bond opening though it has a bit of the same flare as a new-vole in the beginning. And then it cuts that and goes into comic fest with jokes and funny site gags. It has a nice way of taking you into the story line for the drama, then hitting you over the head with a bat continually until it again goes back into Drama mode. But every battle works well with the next, someone studied well when it came to camera angles. Gonzo isn’t known for great animation but this one is pretty nicely done. The music has many different feels for each scene from the hunting chant whenever Greed (aka Seductive obsessed freak!) to the playful sounds of walking down the street that you normally get for comical affect. Most of them work well with the characters but once in a while… we get something that sounds rather bad or not fitting the area.

(My opinion everyone)  My good friend of mine suggested this anime so many time that I finally caved in and started watching it - Which I am of course glad for :D  The storyline is unique and nothing I have ever seen before (FACT). I loved how it all started and although at first I was a little hesitant my friend advised me that IT WILL GET WAY BETTER. It did get way better, I mean REALLY better SO good that I got hooked and watched the last half of the anime in like 1-2days :D.  The Animation lacked a little at times but I do know this was made in 2007 and the technology wasn’t what it is now, meaning if I was review this 3 years ago I would have rated the animation 7 or something like that. The sound was perfect and can i say how much i adored the Opening song - AMAZING.  The characters were almost perfect but I felt a certain character was a tad annoying at time but other than that I loved them all. My favourite characters were Train (Black Cat), Sven and Eve.  Overall I really enjoyed this anime and was very pleased with how it ended :) 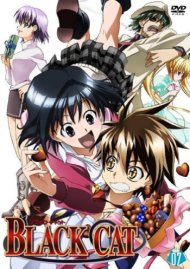 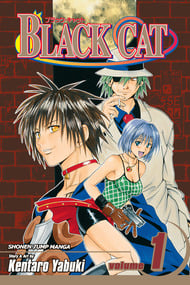