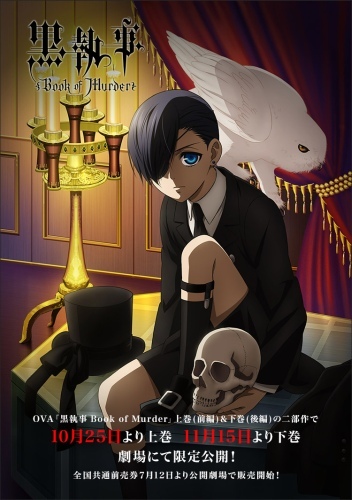 If you're looking for anime similar to Black Butler: Book of Murder, you might like these titles.

Do you like unraveling confusing murder mysteries? Then these are the anime for you. Watch a group of characters become stranded in a mansion where murders then take place. Both are fun in their unique ways. Book of Murder is humorous and somewhat ridiculous, while Umineko presents a serious, increasing tension.

The plot of both shows are based on Agatha Christie’s And Then There Were None. That is, the setting involves a group of people stuck in a physical space (an island, in the case of Umineko, and a mansion, in the case of Book of Murder), murder ensues with the member of the party dying one at a time. The culprit is assumed to be someone in the group.

Both shows are gothic style and supernatural.

Mystery. Someone already recommended Black Butler, not sure if anyone has recommended Book of Circus yet, but both have a well thought out mystery/mysteries.