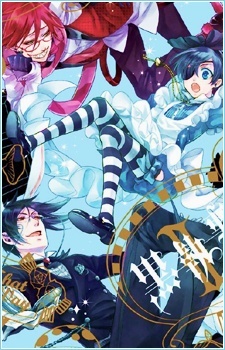 It was hit and miss. My least favorite was the making of special followed by Welcome to Phantomville. Both were kind of throw away and I just watched them to see if they were worth my time. Sadly, they weren't.

its when you get to the other two that the real treat begins. The add-on episode about the "Spider" clan was amazing. I loved it so much. Alois Trancy is such a broken character and I loved his story so having a look inside the heads of Claude and Hannah were interesting.

Lastly, the best stand out was The Story of Will the Reaper. It's basically Grell's life during his first reaping. It's a great watch. I loveeeee Grell so going into his backstory was cool and exciting. This is the gem of the specials.

Overall, the good outweighs the bad and makes the specials a worthy watch for fans.

All six OVA episodes (Ciel in Wonderland is two parts) are very different but good in their own way. One follows Alois, so we know it's kind of sad, but not bad and a bit whitty. The OVAs are wierd, funny, and absolutely not cannon.

The title pretty much explains itself. It's ridiculous and funny. We get to see Sebastian grow a bunny tail. Yup. A BUNNY TAIL. I spit out my hot cocoa!