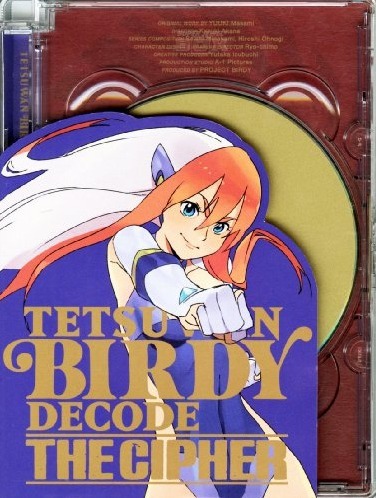 If you're looking for manga similar to Birdy the Mighty: Decode - The Cipher, you might like these titles.

Hikaru Takabe is an anti-social young girl who wants nothing more than to be left alone. One night, while on a school trip, she goes to the beach when suddenly a meteor falls from the sky killing her instantly. The next thing she knows, Hikaru is sitting in class and believes the event from the beach to be nothing more than a daydream. However, when a mysterious voice begins talking directly into her head it informs her that she really did die that night and in order to revive her, the alien presence, known as Horizon, must always reside inside her. However, Horizon also has another purpose for coming to this world; after chasing a malevolent being known as Maelstrom across the universe, his target - which has the power to destroy all creation - sought sanctuary on Earth. Now Hikaru must help Horizon to find Maelstrom hidden amongst the 7 billion people on earth and kill him before it’s too late.

This is the story of a boy who one day walks into some strange wood and is saved by a nymphomaniac goddess who can not only take over his body (turning it into hers in the process) but can also transform him into a girl.

Ruerune, a high school boy with the ability to sense alien creatures, and Pi, a girl science geek, set up an "X-file"-ish club to help the inhabitants of an alien world.

A novelist encounters something similar to their character... an alien?