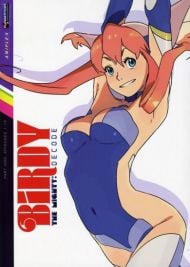 Plot: Don't let the synopsis fool you. I started watching Birdy the Mighty Decode with the thought that it would be so bad, that it would actually be funny. Anyways, the story has an intriguing plot line that isn't too predictable. At times, it can get a little slow paced, but not in a bad way. I'd say this show is a combination of a little bit of action, and a little bit of slice of life. In this season, the first part of the show mostly focuses on Tsutomu his relationship with Sayaka, and him and Birdy getting used to each other's presence and straightening things out (since they ARE sharing a body).But then it gets into a more complicated story including the possible destruction of Earth. One thing that bothered me a little, was Tsutomu's reaction to sharing a body with Birdy. After the first little freak out, he didn't really seem to find it weird afterwards at all. I mean, if I was a teengage guy, and I was sharing a body with a big breasted pretty lady, I would be far from calm. Admittidly Tsutomu did go through a slight "depressed phase" when it came Sayaka, but their young love was adorable. It really was. I'm not one for romance animes, I generally stay away from them, but I actually enjoyed seeing how Tsutomu and Sayaka interacted with one another. At the end though, I think it was stretched a bit too far (if you watch it, you'll get my meaning), and things did get slightly rushed which caused a bit of confusion for me, so they should have extended the series a little bit. Animation: The animation here was incredible. Especially the fast paced fighting scenes. The animation makes it so graceful and smooth, that you will get mesmerized by the sheer beauty. Sound: The music made for this series was very appropriate. It fit the mood and was pleasant to listen to. (Although in the second season the music is kicked up one notch). Generally they had two types of music, upbeat techno, and classical. Both were used well. However, the opening and the ending were nothing special. Characters: The characters were well established. I can't really say much in this section because I'm writing this review after I watched both seasons, and believe me, it has an impact. But for this season alone, Birdy's personality is well introduced as well as Tsotomu's. I really like that Birdy (despite her appearance) was not a brainless useless woman who was shallow and was only good at looking pretty. The non-important characters aren't shown to be that in depth, but they're not shallow. It's interesting to watch how Birdy and Tsutomu grow closer (not romantically though) and interact with one another. But in the second season of Birdy, her character goes much more in depth, and you start appreciating the first season more because of it. One thing that disturbed me though (being a female and all), was Birdy's character design. Let me give you an example. In one episode, Birdy has to dress up as a prostitute to obtain information. Her "slutty" outfit was actually less revealing than her normal get up. Overall: Birdy the Might Decode is a pleasant anime to watch. It certainly has an interesting plot line, and the animation is top notch. I know I enjoyed watching it. Definitly don't miss out on this series. But seriously, watch the second season afterwards because it explains things quite a bit when it comes to Birdy.

One of my all-time personal favorites. A very under-appreciated series. Reviewed after finishing both seasons.  Wow. What can I say? Watching this got me back in touch with what anime is really all about. Originality, Fun, Story, Depth, Creativity, and most importantly, Excitement. I don't know how else to explain this. Maybe it's not an exaggeration to say it healed my soul. haha. This is top tier stuff. These were characters I really cared about, which is the number one reason I love this anime. Each are unique in their own right, and there's just something so wonderful oozing out of all of them. You won't find any generic characters here which means the plot is unpredictable, and when it came to good and evil, there are often areas of in-depth grey morality (more so in season 2) which are very thought provoking and personally this is why I watch anime. I just have to add that NIRGILIS did an amazing job to capture the atmosphere of Birdy with their songs (either that or the producers of the anime did an amazing job of choosing NIRGILIS). Definitely one of my favorite japanese bands. You should check out their soundcloud page, tons of good stuff there.  You deserve this. 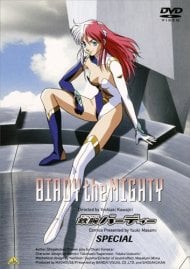 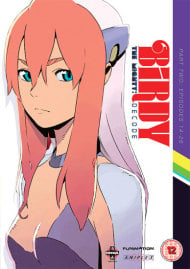 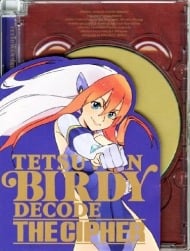 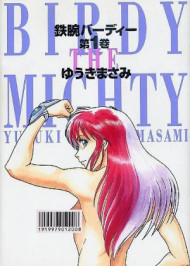 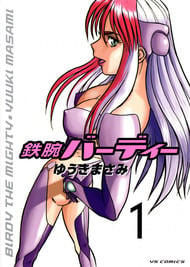 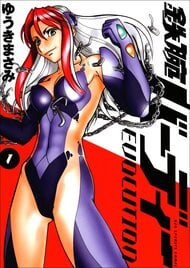 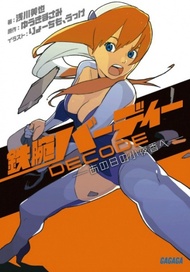