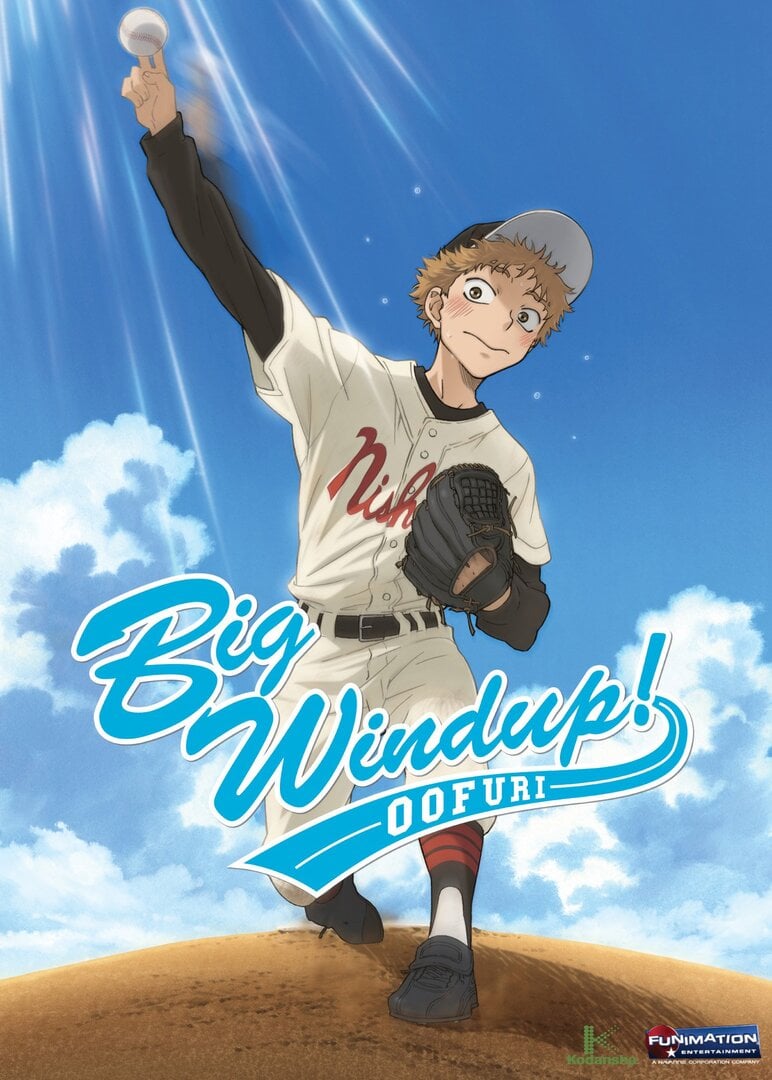 This review is for both Season 1 and Season 2. I think this anime is great, and I'm super sad that they didn't come up with a third season.

Unlike many sports anime, it is very realistic, especially the older ones. The characters don't have any ridiculous, out of this world techniques. The techniques they use here are techniques that exist in real life. The strategies are strategies used in baseball and that is what I like about this anime. It felt real, like these kids could have been your next door neighbor, or your school mates, or even your good friends.

At first each character design look almost the same, but each character's personality is what defined each of them. Each of them is unique in their own way. From the shy, cry baby pitcher, Mihashi, to the hot headed, impatient, loud catcher, Abe. From the cheery, shameless, third baseman, Tajima who is not scared to shout that he forgot to masturbate, to the responsible, mature, a little bit angsty captain, Hanai. Then there's the sweet, quiet Oki, the clueless and a little bit dumb Mizutani, the more mature Suyama and Nishihiro, the gentle Sakaeguchi and finally, the cheeky Izumi. I absolutely love seeing these boys interact with each other, support each other and work hard.

Because it is a manga adaptation, of course there were things missing from the anime that was in the manga. I wish that they did adapt more of the member's interaction with each other, because that interaction is what make Oofuri really special. Yes, the games and learning the strategies that they used was fun and the pace of the game is similar to that of a real baseball game, so you feel that you're actually watching them play in reality. But, watching them act like highschoolers, talking about girls and sex is what I feel is the true gem of this series.

Definitely a must watch. I got hooked and even read the manga. I would recommend doing both!

When I tell you that this anime is so wholesome and has you on the edge of your seat i mean it! I love all the characters and Im excited to move on to s2! I highly suggest this anime!

The story of Big Windup is for the most part entertaining. I was glad that they made the whole game that they were playing entertaining, and not just the 9th inning. However there were times when the story seemed to get repetitive, and the story itself moved at an incredibly slow pace. Despite the plot being entertaining, I found it to be nothing special. There was little in the way of depth to the story either. Despite this there where times when I laughed, and times where I really felt the moment that was being presented to me. Overall, the story is entertaining, but it is a bit thin and it moves at a snails pace.

The animation was mediocre at best. There were several instances when they used still frames of the characters. Also there was one moment that took me off guard where all they show is a still frame of the crowd cheering the team on. The style bothered me a little bit with the shape of the mouths, and it looked freaky to me. Mihashi looked especially freaky and it was almost like they werent humans.

There are really only two characters that really make them important. Mihashi to me was a complete wuss, completely insecure, and he trusts Abe too much. He really seems to be a flat, one dimensional character. Abe was entirely too mean. This left me with the impression that he was just a jerk to Mihashi and he has anger issues. He also seemed flat to me. The only member of the coaching staff that gets any amount of time is the head coach, who i found to be very wise. I felt like they should have spent more time on the rest of Mihashi's team. However Big Windup has a remerkable cast of minor players, which is far more expansive and interesting than the main characters.

The story was ok, but nothing that made it stand out. The animation is lacklusterm and looked kind of freaky. The characters where for the most part, flat and one dimensional. Big Windup is not a good anime, but it is not a horrible one either. Its a mediocre anime, and with mediocre animes, there are much better ones out there.

It was absolutely incredible. It's not just a bunch of boys playing a sport. The story was great and the animation as well. The sound was good I guess... not much to say about it. The characters and the bonds between them were totally outstanding.

It's just how I feel after watching something so pure and heart-warming.

All I have to say is that I finally found my "go-to" anime. This show is such a breath of fresh air compared to all others. For once the sports part of the anime is realistic. No one is a genius or is the son of a great player (that we know of). Correction Tajima is referred as a genius multiple times but I guess his humble attitude makes me forget that part.

Story: Typical story about a high school baseball team trying to aim for Nationals. The show has potential to last for a while, and its not like Major where the protagonist changes to a different school after 1 tournament appearence. There is room for the characters to grow and develop instead of being static throughout the whole series. The main difference with this show compared to other sports shows is that this show focuses on baseball. That might sound weird, but a lot of shows tend to get side tracked when it comes to sports, like with too much drama/romance/comedy or inadequate explanation of the sport. I love how oofuri shows not only the growth and progress of the 10 players but everyone around them as well. This is probably one of the few shows that SO FAR doesn't emphasize on a tragic past. Sure some of the characters are more mysterious than others but the light-heartedness of the show doesn't dwell too much of the negative and doesn't emphasiz the tragic hero phenomenon.

Animation: Unique... First time I've come across this style. It did bother me for the first episode but then I grew to appreciate the uniquness and beatuy of it. I do have to say that the anime is easier for me watch than reading the manga. Some panels are too broken up for me to handle.

Sound: Great soundtrack!! Both the OP's and ED's in this first season fit the anime PERFECTLY. I absolutely love the artists so I might be a bit biased, but if you pay attention to the lyrics then you'll understand what i'm talking about. The background noise is balanced with the dialogue, it doesn't overpower the words and it also doesn't sound like white noise in the background. Basically I can't complain.

Characters: Wow, what can I say about the characters... Okay for the negatives: the protagonist cries a bit more than I would like, but then again it fits his image. It is an anime so of course the crying would be a little exaggerated. Mihashi is probably the ideal protagonist. He is humble yet fits the role of the pitcher perfectly with his tenacious personality, I like how Higuchi-sensei portrayed his growth from a spineless coward to a reliable teammate. I'm excited to see how much stronger he gets!

The other characters are just a delight. I love how the coach is a woman who knows what she's talking about and thinks of eveeerryyything related to sports. (Meditation, homework, life)... She's really refreshing to watch. I like how Tajima provides comic-relief and his baseball talents don't undermine Mihashi. Abe is so funny, especially his relationship with Mihashi is really comical to watch. Hope they can get along better in the future.

I see no reason why anyone shouldn't enjoy this show! Remember this show has a LOOOTTT of dialogue in it especially related to baseball. Literally every thought, motive, plan is mentioned. It literally is a normal baseball show with no superpowers, action (non-baseball related), or good vs. evil. It's a slow-paced, slice-of-life show that has well developed characters, and an unconditional love for the sport.