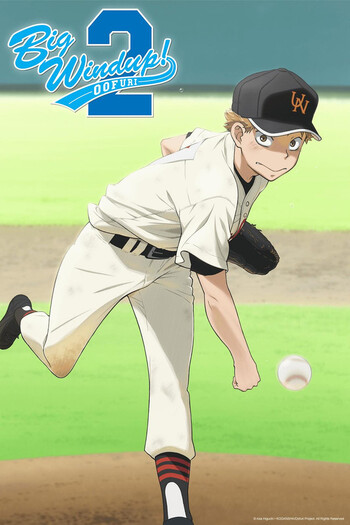 Spoilers: This is a run down of Season Two’s extra episode, so outside of breaking down the story, all other aspects can be found in the Season Two review.

This single episode OVA takes place between episode Twelve and Thirteen of Season Two. Having just been knocked out of the tournament, Nishiura High’s team exits the stadium and starts to make their way home.

Meanwhile the catcher from Tosie, Kazuki Kawai, starts to do some investigating. While watching the game between Nishiura and Bjioudai-Sayama, he notices his old friend Roka, the assistant coach of the Bijou team, is attempting to give signs from the stands to his players. He believes he’s stealing the pitching signs and relaying them to the batters, a clear rules violation. He confronts Takeshi, one of Bijou’s players about it, and receives a confession.

This makes the player start to think about his actions, now regretting what he’s done. After some thought he talks to Roka and tells him to stop the cheating. When his concerns are brushed off, and knowing Roka will continue in the years to come, he informs him he’s going to tell the coach about his actions. When that still doesn’t stop Roka, Takeshi has no choice but to tell him that he’ll be using his injury as an excuse to never play again, because of the shame this cheating has brought upon him.

Back in the world of Nishiura High, Abe has seen the doctor about his injured knee. He’s informed that it’s a slight tear of his ACL and he would need to stick to a strict regimen if he intends to be healed for the upcoming Rookie tournament in two weeks, though Momo-kan thinks it might be better for him to rest for six weeks, for when the Autumn tournament starts.

Eventually the team all meet up at the field, minus Abe, they decide to write down their goals for the team, which leads us into the last episode.

As a one off episode this was again a nice glimpse into the other players not on Nishiura’s team. Touching on how some players will win at all cost and others feel their honor is more important. Like the added episode for Season One, it was a nice change of pace and also what I would have liked to see from a spin off.