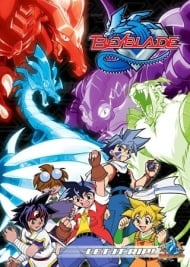 Beyblading is the latest rage; gyroscopes battle each other in different environments until one is knocked out. Only a true master can bring out a blade’s full potential and unleash the bitbeast within, though. To find out who the true blade master is, a tournament is held. While going up against a team of bio-enhanced beybladers, can the talented but hard-headed Tyson and his team, the Bladebreakers, master their bitbeasts and bring home the win?

Beyblade is a series I grew up with, and I'm not a boy, I'M A GIRL! What attracted me to the series was the totally hot characters-especially Kai- but not only that. The story has a lot to say about teamwork, friendship, trying your best, and having fun. It can be really lame with the dialogue, especially with this being such an old anime, but the characters keep you going through it. As another reviewer said, there are other plot lines tied to characters which are intertwined with the main plot of the series. The characters definitely make the story strong and the characters are very diverse.  When I first watched Beyblade, they were already on V-force. Although I would have hardly given it a glance because of the animation, when I went back to see what happened in the first season I really loved it. Is it embarrassing to say I can still go back and watch it as an adult? (Though I skim through episodes.) ANYWAYS, it's definitely a great series for younger people (11-15), and it only gets better-the final series with Tyson and the gang had to be the best.

Beyblade is lame but at least it’s good at what it is trying to accomplish. Anime based on some product are made solely to advertise it and start an addiction to its possible consumers (usually nerdy kids with loaded parents). As such, most game –based anime are quite lame, with childish scenario and carton characters being just an excuse to shovel us flashy techniques or strategies of the soon-to-follow game. Despite this scam, Beyblade has a lame scenario, pathetic characters but makes a great (but exaggerated) advertising of the homonymous game. ANIMATION & SOUND SECTION: 5/10 [trendy kids, cool monsters, average presentation.] - Simply drawn 2D characters are using 3D flavored spinning tops. Spinning tops, I say! Does this sound interesting to you? It is a terrible concept! But it will sure take time to realize the stupidity. Although it is about kids playing with spinning tops, the animators easily trick us into believing that each one of them has unique techniques that make every battle different. Each user has a different strategy and some spinning tops have cool-looking monsters inside them that make special attacks and fill the screen with optical effects. You almost forget that it is actually just 10 year-olds throwing spinning tops at each other! - All characters are typically drawn to look confident and/or cocky. Having a sense of style in their minds, the animators dressed their characters in trendy fashion and added tattoos and gimmick accessories to boost a bit their otherwise shallow presence. Without being anything much, the characters look and talk in a bearable way most of the time. And their spinning tops are packed with enough visual and sound effects to keep being interesting to the 10 year old target audience. - As for the sound department, it is simply a bunch of screaming idiots yelling “BUY THIS GAME! IT’S LAME, BUT BUY IT ANYWAY”! But it has its nice moments. STORY SECTION: 3/10 [Spinningtopmon! Got to buy them all!] - The protagonist and almost everyone else in the story plan on becoming the best spinners in the world. So, they pretty much waste their lives training and playing with spinning tops and are finally pitted against a powerful organization, which plans to rule the world. How? Why, through spinning tops of course! Because the monsters inside them are in fact creatures from an ancient civilization that held tremendous power! Owwww! Scaryyy!- Sounds like the story was written for AND by 5 year-olds. Seriously, the much similar Yu-Gi-Oh story is a masterpiece compared to this crap.- By the way, this series has several sequels and movies besides this one… What? Sequels?! For Beyblade?!!! Many great series stop airing because of low ratings or lack in funds. Vision Of Escaflowne had to cut down 13 episodes because of a lack in funds. Legend of Galactic Heroes needed 10 years to produce a hundred episodes. And Beyblade actually gets extra seasons in a few years??? - Nah, it can’t be the ratings; the series simply sucks and spinning tops never became popular. Most likely it was the funds. The series was so cheap to produce that even crummy sales of Beyblade merchandise would be enough to make up for the expenses of making another series about this pathetic game. Like its theme, it’s cheap, superficial and forgettable in a few weeks. Man, those money-mugging game developers are EVIL! They are willing to make a thousand brain-killing series, if it helps them steal money from little kids addicted to spinning tops. Why waste time and money on producing a good series? Just repeat the same stupid stuff over and over until those 10 year olds are brainwashed to like it and then just wait for the money to pour in! Don’t you just love the materialism of our times?- Anyway, the sequels are nothing different than before. The same stuff happen all over again, only in a slightly higher scale in terms of visual effects and story. CHARACTERS SECTION: 3/10 [Get a life you dorks!] - There is a trendy-looking bunch of kids who care more about spinning tops, than, let’s say, finding a job or getting laid, and a bunch of costumed weirdos who plan to control the world with ancient monsters. All of them just talk and care about them as if there is nothing more interesting or alternative to watching spinning thingies bouncing and crashing with each other. This gets boring after a while. - Most of them have some purpose they can only accomplish through the spinning tops that makes their obsession with them understandable. But if you try to reason it a bit, you can find a thousand other alternative choices they could have made instead of loosing their time with this game. VALUE SECTION: 1/10 [What is that?] Value your money and stay away from this pathetic example of awful anime… AND the game, for the same manner. They are just spinning tops for God’s sake! In reality, you have no control over them and they don’t unleash huge monsters that blow up buildings. Don’t be fooled! ENJOYMENT SECTION: 4/10 [All the spinning makes you nauseatingly addicted to it.] Ok, the customization the spinning tops may have is huge and may interest gimmick and miniature fans. Some battles are actually good to look at and the fighting arenas constantly change. Half of the time, there is something bearable to watch… HALF, I say. And only if you are under 10 years old, of which I am not. VERDICT: 3.5/10 The accused is found … GUILTY! … For selling us a pretty box with nothing inside. SUGGESTION LIST This series is better than: Duel Masters and Bedaman. The kings of lame game-based anime. This series is equal to: Medarot, Pokemon, YuGiOh, Bakusou Kyoudai Let's & Go. These series also advertise games but they are bearable half the time.

Takao Aoki's Beyblade Is Spin Tops and Steroids Spun Into One!"Let It Rip!"Bakuten Shoot Beyblade was another Anime I remember watching every morning before school, and like everything else before and after it, it became a big fad at the time. I remember everyone using drink bottle tops at first to eventually using legit Beyblades with metal rings from the local Chinese emporiums (the knock offs they were selling were incredible). That's all because of Beyblade, the show about these spinning tops called Beyblades in which everyone would battle against each other with their own Beyblades, the story is pretty choppy and rushed with the trope of some Beyblades having special powers in the form of "Bit-Beasts" but it's a fun story. The story is simple as it follows a young kid who is passionate about Beyblades and wants to become the best Beyblader and eventually be the best in the world!Other than the Beyblades, the characters in Beyblade are decent with quite a diverse cast. The main character is Tyson Granger, a young determined boy who never shys from a bey-battle but also can be very conceited, and can be annoying as heck but he does have his charm and redeeming values. He's supported by his best friend and coach Kenny, Tysons "Beyblade mechanic" and pretty much a Beyblade nerd, you can always catch him with a laptop and it's creepy Virtual Operating AI-like system called Dizzi. The rest of the supporting cast are all quite an interesting bunch too but the show gets a extra point for its cool looking "Bit-Beasts".The animation is decent with Studio MADHOUSE at the helm with the best parts being the Beyblades in action, everything else is pretty average. Same with the art style, they made the attempt to make the characters stand out and styley but it's just a hit-n-miss and sometimes humorous to look at. The voice acting was decent, having watched in both Japanese and English and the soundtrack is pretty good especially that rockin English opener "Let's Beyblade" by Sick Kid!. Overall Beyblade is fun and gimmicky especially for it's time but that's all it is, a nostalgia ride that's designed for a younger audience, so don't fret to skip this one. + Cool Beyblade Battle Animation.- Choppy Story.- Forgettable Characters.hope this helps...🤙 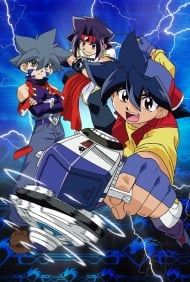 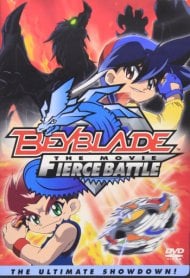 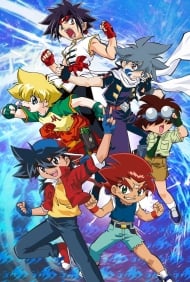 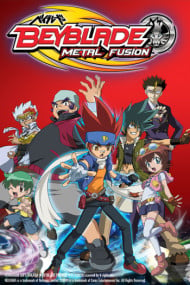 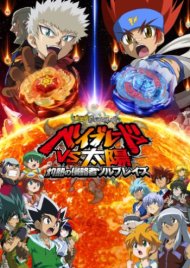 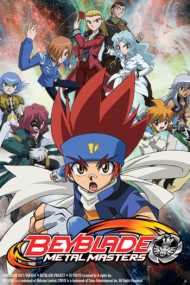 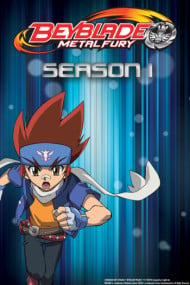 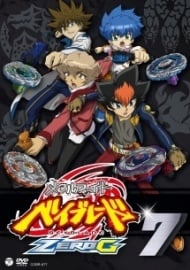 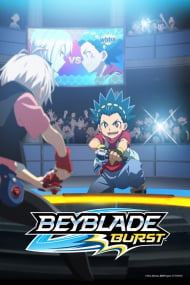 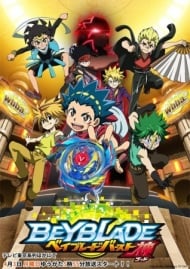 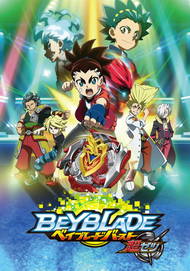 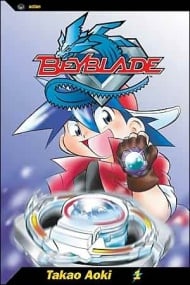 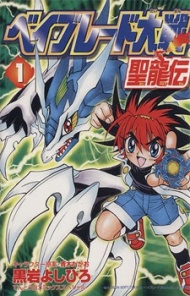 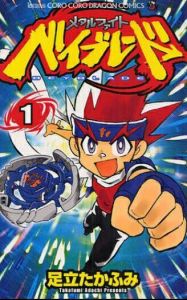 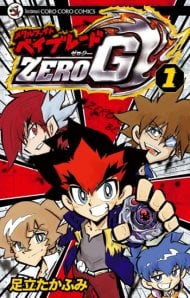 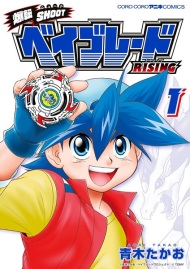