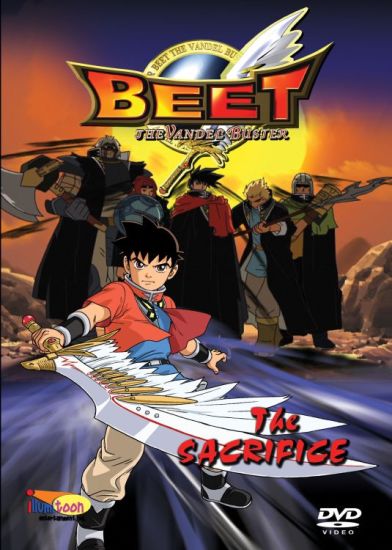 NOTICE: This review covers both seasons of the title (plain and Excelion)

Ever wondered what is a fair way to use while giving scores to anime titles? It’s about finding an average title in your opinion and using that as the base score. Anything else can be compared to this average series and its score can be calculated accordingly. It doesn’t matter if some genres don’t seem like they can be compared; you are just using a point of reference.
And this is what Beet is all about. An anime as average as heck. Not bad but not good. Not ugly but not pretty. It is the most basic form of a shounen series and a great way to use as comparison material to all others.

Let’s start with the setting. It is an average Jrpg pseudo-medieval world, where monsters attack humans and heroes are taking up arms to fight them. Is there anything else to it? Heck, no. Just like a typical adventure, it’s about going to area A, fighting the monsters, defeating the boss, and then moving to area B where the procedure repeats. The only thing that differs is the side characters and the equipment used.
That’s the entire story to it. It deserves to get a 5 for being just that… But I will give it a 4. Why? Well, there is no ending. The first season is short linear arcs and the second a single big one that follow the same formula. But there is no end on sight; just another adventure awaiting the heroes beyond the horizon. Well thanks for nothing.

The cast is easy to figure out. The main hero is the typical “immature boy with hidden talent and super weapon”, next to it is the token useless girl in mini skirt, the fluffy mascot, the heartless monsters, etc. There is no reason to describe them; take the most basic character archetypes and you can figure them up immediately. Occasionally the series will try to grey their personalities a bit but by the end of the arc it will always revert them to the usual bipolar of good humans or evil monsters. The second season definitely does a better job at it but still means nothing special in overall. Of course they will constantly try to fool the unsuspected by supposed making the characters leveling up and fighting supposed stronger monsters as they go on but it is all an illusion if nothing actually changes in the way they fight or act.
The cast deserves to get a 5 for being average again… But also gets a 4 because the story is incomplete; denying them a catharsis or actual development.

The art is ok… for an average work. Like straight out of a videogame, everything is made to look like it is a world based on levels and spells. I mean, the heroes and the monsters have numbers on them, showing their level, there are seers giving you money for completing missions, there are magic items you buy to improve your stats and bazaars where you buy monster minions. It otherwise has nothing great or special to show, as the battles are rather simplistic and the budget a bit low. There is no great body language, or great choreography, or great decoration on buildings and clothes.
The animation is a 5 once more… but I will give it a 6 for at least adding the whole Jrpg fuss with the levels and the shops. It was funny to see it outside of the games.

The sound is… um… I don’t remember a thing. The dialogues were the usual “train, fight, protect others”, the voice acting was nothing much. But the music score? I don’t remember the slightest. Yeah, that can only mean it was passable as heck.
Sound gets a 5 and this one has no reason to get a cookie up or down. It really is average.

So, what about the enjoyment? Was it also average? You bet; it was so straightforward there was no option to think otherwise. But guess what; because it was left incomplete I once more make it a 4.

And value ? Erm… average anime don’t get an average score here. To be honest, there is little to no value in this series. There is nothing you won’t find better (or worse) elsewhere and as a rule of the thump good or bad series are memorable while average are forgotten right away. So I give it the ace. Maybe some rookies will be fond of it for a while or something. But that’s it.

You thought the average score would be 5, didn’t you?

Story:
The story of Beet the Vandel Buster is set in the "Dark Ages," a time when evil monsters, called Vandels threaten the land.  The only ones who can stop the Vandels are brave warriors called Vandel Busters, who fight with their Tengeki, magic-like powers.  Beet has always dreamed of becoming a Vandel Buster, and with a powerful Vandel attacking his hometown, now may be a chance for him to prove himself!

Much of Beet the Vandel Buster is a Monster of The Week type of story, though there are a few major villains who need to be taken care of.  The thing that sets the story apart from many other series is the RPG flavor added to it.  Busters' strength is measured by levels, which they gain from killing enemies, just like any JRPG ever created.  I'm not too fond of how that turned out.  I have always liked RPGs, but it seemed bizarre hearing characters actually talk about acquiring experience points and levels.

The animation for Beet the Vandel Buster was not overly impressive, but it served its purpose.  The colors were bright and vibrant, adding to the video game feeling of the series.  That being said, the graphics look a bit cheesy at times.

I've heard a few people say the fights are "like Dragonball Z, but with weapons."  Both series share the hard-hitting, environment-shattering battles, but DBZ and other series do it much better than Beet.

The music was enjoyable for the most part, especially during battle scenes.  It left something to be desired in more "everyday" scenes, but it was passable.

The voice acting was good (Not Great) for a lot of characters, though I really didn't like Beet's voice very much.  It didn't match his character, though it was fine once I got used to it.

The main characters were rather standard of any shonen series, but they didn't have much of any depth to them.  Beet is a boy looking to save the world to get revenge for the death of his brother.  He assembles his team (The Beet Warriors), none of whom are very amazing, and they go fight evil.  The backstories of all the characters are basic, if even present, and none of them were all that likeable.

The Vandels are actually the characters I enjoyed most, because of their sense of mystery.  Shakki is actually one of my favorite characters from any anime, though he doesn't have a huge role, and you hardly find out anything about him.

This Anime Is... Average, in basically every way.  It does nothing extraordinary, but doesn't blunder too badly.

Should I Watch This Anime? Probably Not.  At 52 episodes, it's a pretty large time-sink, and you aren't even rewarded with a proper ending.  Only hardcore Shonen fans would want to put any time into this, and even then, there are many better options than Beet the Vandel Buster. 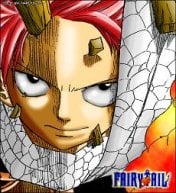 "Beet the Vandel Buster" is a wonderful anime, but not very original.
Vandels are very strong monsters, who conquered the world in which the main character lives. Vandels gather in a place named "Vandel Hotel", in which they receive stars (and so, more prestige) and money, basing on how much humans they killed. In the Vandel Hotel, they also can buy monsters for their army.
To fight against Vandels, humans have created the "Vandel Busters association", in which they pay some warriors to kill Vandels. Those warriors who kills Vandels are named "Vandel Busters", and when they decide to start this way of life, they can't change their mind.

The main character is Beet, a very young boy with a strong sense of justice. He accepts to become a Vandel Buster, in order to stop the Dark Era, caused by monsters. A powerful Vandel will hurt him badly, and some heroic Busters will save him his life by sacrificing their lives. From that moment on, Beet will be able to summon those heroes's weapons

This anime has a very good drawing, it reminds me Dragonball, especially during battles. I don't like very much protagonists's appearence, they aren't cool, they really seem children without muscles. Anyway, I love this anime, also because characters talks about "experience points" and "levels", like in a RPG.