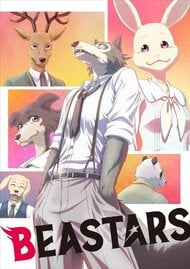 I haven't written a review in ages, but found the motivation to do so only because I kept scrolling down to find a review I agreed with, but couldn't: it was just one extremely positive review after the other. So here are my two cents.  Beastars isn't a bad anime. It's just nothing special. I watched it to the end and to be honest I quite liked Legoshi, the main character. Animation is good as well as the sound, the OP is jazzy and catchy. It's clear that some effort went in the production values. As for the story and the world it's set in, they don't make much sense. Or rather, the world building is pretentious and the plot is pretty average. It's a world where carnivores and herbivores co-exist because the carnivores repress their "animal" instincts. A restless society where herbivores are constantly in fear of being eaten and carnivores feel guilty if they show their superior strength. But it's also an animal highschool romance anime, the clichèd story of the star-crossed lovers who may be able to overcome the odds against them. It's set in a highschool attended by herbivores and carnivores alike. The character designs are a bit creepy at first: antropomorphic animals with furry human limbs and bodies is disturbing, but then you get used to it. The anime mostly explores the relationship between a wolf and a rabbit. The wolf's instinct to see the rabbit as prey and kill it, the rabbit's instinct to flee from those fangs and claws - or throw herself straignt into the wolf's mouth (one might wonder how that is natural instinct...?). The message at the end is that if you want to see the "person" behind their stereotypical animal image, you need to repress your own animal instincts and then you might even fall in love with the person behind and beyond the stereotypes.  There's a few more characters, the proud red deer, the bad yakuza lions, the deceiving mayor, the love rival, the bad-ass therapist panda and the other students at the school.... The main trio of characters does have some depth, even though they portray the same internal conflict, just from different aspects. Legoshi is the gray wolf who is torn between his animal istincts and his feelings of love, between being attracted to Haru the dwarf rabbit as a prey and a love interest. And you can transpose his dilemma on the wider community, making him an example of the successful attempt of carnivores to overcome their "bad" animal instincts. Haru in my opinion is maybe the most interesting character. She's a rabbit, but wants "people" to see her for herself, not as a defenseless and pathetic little bunny and tries to find ways to overcome this perception of herself even at the cost of coming across as a “slut”. So there is an element of self-discovery in this tale, of finding your place in the world. Another character with some depth is Louis the red deer, yet another example of a herbivore who does not want to be seen as weak and manipulates others into perceiving him exactly as he wants to be seen – he’s an actor, after all. While Legoshi is hell-bent on acting as awkward, clumsy and harmless in denial of the predator nature of which he is ashamed. It's kind of repetitive, in this respect.  There are multiple contradictions as to how the world is built, and the ending also is contradictory with Legoshi (after taking down a whole bunch of lions) proclaiming that he wants to become even stronger (?) - but hey, hang on a sec, wasn't the issue in the first place that Legoshi is a stong predator?? Why would he now want to become even stronger and why would this validate his union with Haru??? Or does “stronger” in this case mean that he wants to further deny and repress his wolf nature? In conclusion, it's a pretentious social commentary that lacks depth. The message behind this portrayal of the strained relationship between herbivores and carnivores seems to be that to break free from stereotypes you need to repress or overcome your natural instincts. It’s a half-baked metaphor of the injustice and prejudices of human society through the animal kingdom. Sorry, I don't call that thought-provoking. I think too little thought went into it.

I was not planning to watch this anime, but after I started seeing clips on youtube this series started to spark my interest. In short, it's like Disney's Zootopia, but then for adults with a hint of darkness. The fact that the characters were all animals took me an episode to get used to, but the personalities of each character is great and it all makes sense! The story so far is a little basic, but I've heard that the story is going to get a little crazy. I'm reading the manga now, so hopefully I will catch up soon. The weird 3D animation was also something I had to get used to. The fighting scenes are a little stiff sometimes, but that's maybe because there aren't a lot of animation effects like a 2D animation would have.  Still it is a very enjoyable anime (so far, EP.9). I would suggest it to anyone! It's something different and not too mainstream, which I really like. It gives me something else to watch instead of the standart genre's I usually watch. So if you want something different and unique, watch this! Very enjoyable, 8/10 for me. 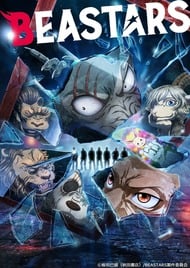 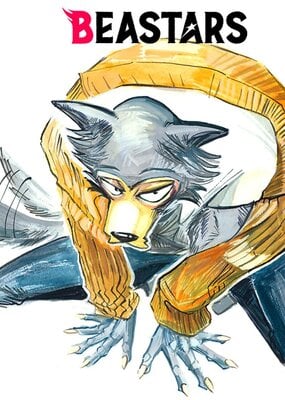 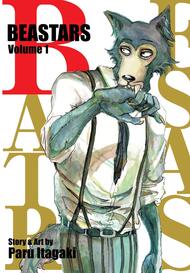