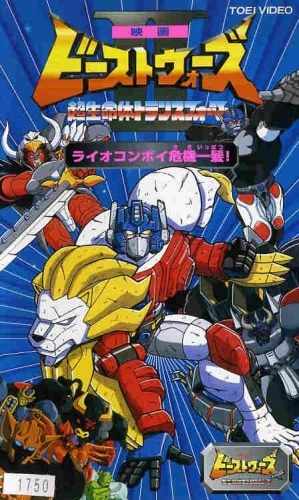 If you're looking for manga similar to Beast Wars II Chou Seimeitai Transformers Movie, you might like these titles.

In the year 3195, there was a war between an army of robots and the humans. When Shaian, a sentient combat armor, lost his companion in battle, he shut down until his internal systems spotted a new human. It's now almost a 1000 years later, and Shaian's greatest enemy is still alive and doing battle in Brazil. With a new friend`s help, Shaian may be able to stop this evil force before another war rages over the continent.

Newly-transferred girl, Oribe, falls in love with the most popular and charismatic boy of the school, Sagara. But, Oribe is not what she seems? The tale of the mecha girl with the heart of a maiden unfolds!