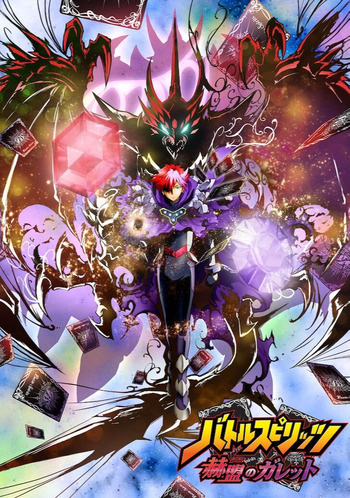 If you're looking for anime similar to Battle Spirits: Kakumei no Galette, you might like these titles.

If you'd rather your card game anime are probably more complicated than they need to be, then check out either of these. They're not simply about card tournaments, but have other problems with higher consequences than simply losing a match. They're both also spin-off os popular franchises, and are based off real-life card games.

23 years after the events of Future Card Buddyfight X, Yuga Mikado is son of Gao Mikado. Because Yuga is talented at games, he is known as the "Ace of Gaming." However, Buddyfight is Yuga's first card game. Yuga's Buddy is Gargantua Dragon, who is also known as Garga.