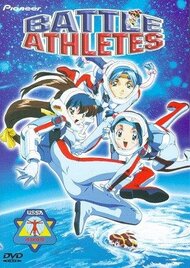 After a thousand years of expansion, humans became involved in an alien war that would be decided by a contest of physical strength. Though the alien race was physically superior to humans, mankind prevailed, ushering humans into a new era of physical fitness and competitions. In the present, Akari Kanzaki has entered the training facility University Satellite in hopes of becoming the latest Cosmic Beauty, a title reserved for only the most physically fit. Join Akari as she faces fierce rivals and tough competitions in an effort to become the best of all the Battle Athletes!

This series is fondling with sports but it is not a serious sports anime. Although it promotes the ideals of sporting, it is in fact a lot more about sexually awkward / gender confused pretty girls, running around in revealing uniforms. It has a lot of coming-of-age social drama in it but it never gets too serious. It has a story, which like in all sport series is simple and ends with someone getting to be the champion. And it is a story where everything is possible if you want it really bad. Training in order to get better has nothing to do with increasing the chances for victory.By the way, there is a remake of the title but it is far less interesting as it lasts for 26 storyless episodes, most of which are lukewarm parody. ART SECTION: 5/10 [Pretty chicks in uniforms.] The animation is average at best. The backgrounds are not very detailed. Characters share not only the same type of uniform but also the same kind of body type. Another case of having their hairstyle as the only way to tell who is who. Their facial structure is pretty silly and simple, with a few lines that deform half of the time and can turn you off from watching further. Motion fluidity is actually very good, as there was a lot of detail given to body movements during the sport competition. Even the visual effects are nice, without becoming great. There is of course plenty of nude and spicy scenes, where naughty ideas cross your mind. SOUND SECTION: 7/10 [Neat music, secured of themselves voices.] Music themes are very atmospheric and generally manage to excite you about the whole sport competition fad. Voice acting was average but with strenght and appropriate tone for such a show. Trying to give accent to some of them was a nice touch. Sound effects are as neay as the visual effects. As for the dialogues… Well, how should I put it? The characters talk all the time about becoming better, reaching the heavens, feeling the beauty of sport fever, cooperation, friendship, world peace, blah, blah, blah… All sports anime share this idealistic pile of stupidity and Battle Athletes is no exception. STORY SECTION: 5/10 [Simple girls, simple story.] As in all sports anime, it is the story of a rookie, trying to become the best through hardships and by experiencing lots of things with others of her kind. Of course, some may see only an excuse for sports events and sexual situations. The first episode alone is in fact a documentary about the course of mankind for the next 3.000 years and provides a very believable explanation of why sports are so important for mankind in that time. It really managed to convince me into accepting the premise of sports; something I generally dislike. But there is no real progress in the story as willpower, genes and even cheating resolve every obstacle. There is no realism in it; just pretty girls chasing their dreams. The plot is simple and generally predictable; yet all 6 episodes move the story forward. The ending is also simple but very sad and leaves you with a good final impression of the series; a thing that most anime series do not. CHARACTER SECTION: 6/10 [Harem material.] The characters have little depth in their personalities but are generally appealing. The leading girl has to live up to her mother’s wishes and find the strength (Deus Ex Machima) in order to win. There is also a girl that is actually unaware of her real gender. And a religious singer that is in fact a nudist looking for God in sports. And a psyched woman who gone crazy on winning by all costs. Simple and yet not tiresome motives for most of them. Plus, all that lesbian innuendo and sexual awkwardness keep you interested in them. ENJOYMENT SECTION: 6/10 [Don’t put your money on it.] It was funny, sad, inspiring and sexual in the same time. It was short and with concrete plot. It even left a nice last impression. It wasn’t great in any way though. VALUE SECTION: 1/10 Meh, there is nothing in it to deserve a second watch; there are many similar and better shows out there. Plus it didn’t have an impact on the industry, nor it is memorable for anything specific. VERDICT: 5/10 This series got third place in the race. Not bad for an undermined genre. 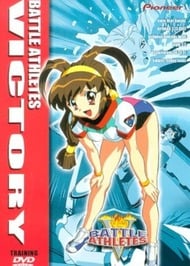 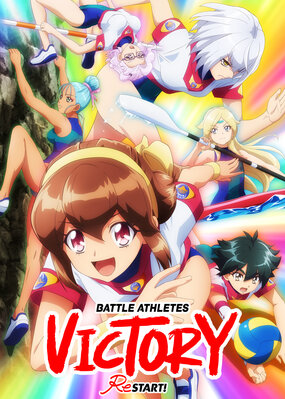 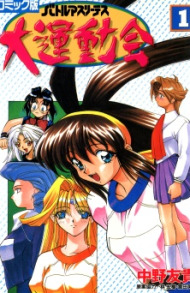