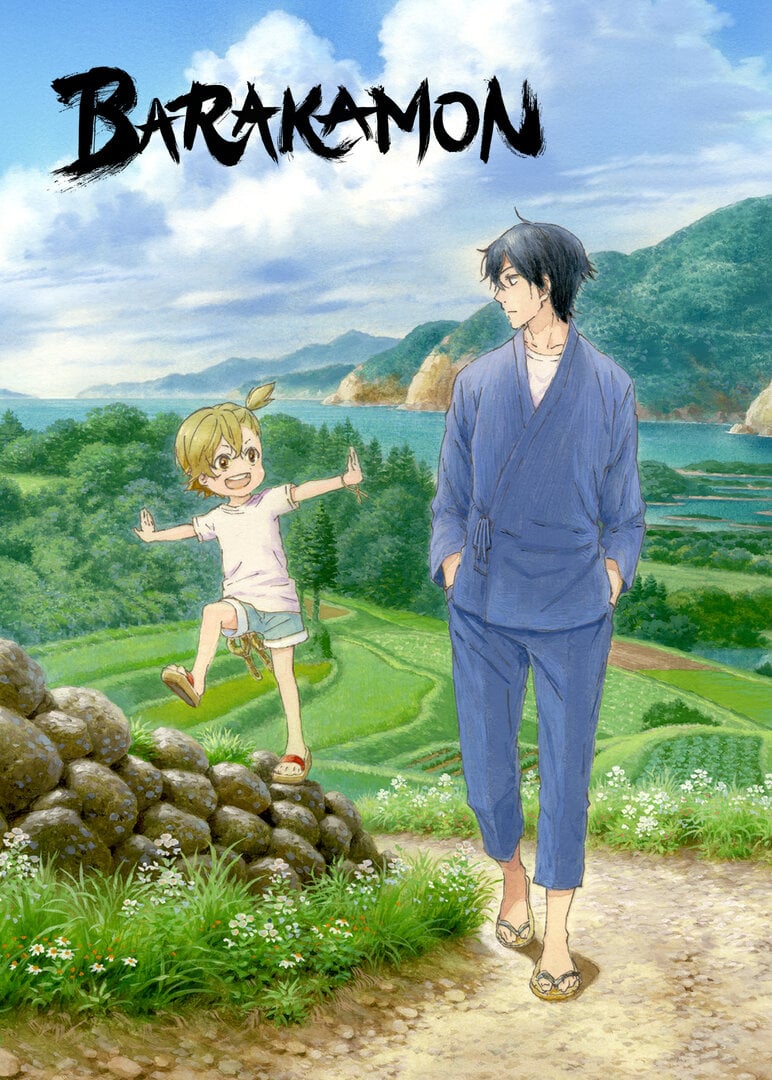 As a punishment for punching a famous calligrapher, young handsome calligrapher Handa Seishu is exiled to a small island. As someone who has never lived outside of a city, Handa has to adapt to his new wacky neighbors, like people traveling on a tractor, unwanted visitors who never use the front door, annoying kids using his home as a playground, etc. Can this city guy handle all the crazy hardships? Find out in this wacky island comedy full of innocence and laughter!

I actually started watching Barakamon on a whim.  I didn't have any expectations for it whatsoever and yet, it was one of the best anime I've seen to date. Barakamon has a very relaxing atmosphere. It is a very sweet, adorable, sincere, and funny anime that I absolutely loved! My one regret is that Barakamon isn't longer than 12 episodes... The animation served it's purpose splendidly and really added to the relaxed feel. It was lovely, yet not overdone. The OST was also impeccably chosen and also added wonderfully to the overall ambience. The characters were lovable, funny, and incredibly entertaining. I loved each and every one of them and that is extraordinarily rare as there is usually at least one that I dislike, but in Barakamon I adored all of them.

Overall, I highly recommend Barakamon. It's the perfect anime to settle down and relax you after a bad day ... or if you just want something to make you smile. 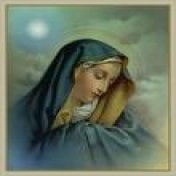 What makes this anime good is is not the special effects or the overhypedness of such shows...it's the simple  nature of the story telling from beginning to end... along with the fact that every episode you will have that killer laugh the will leave you smiling from ear to ear...Just watch the show!!!!!!!!! You will not regret it!

This series is overall a nice slice of life about a calligrapher handa seishu who smacked the director of all japan calligraphy assosiation and as a result he was forced to move to an island out of nowhere to improve his art, when he have lived his whole life in city  .It is a story of how he improves his art while interacting with all the villagers , and understand fun of living with society ........

Plot wise it is a nice story with good opening act and a great follow through it have its bunch of funny moments which unlike recent tradition of comedy it is not ecchi, so it is kind of clean comedy which is sort of fresh breath.It is fun to watch how the interaction of Naru with handa makes some moments delightful, while delusion of glasses are also quiet funny.If I compare it to any series which is delightful & comic at the same time , only silverspoon comes to my mind. Though its ending seems kinda rushed which makes me feel unsatisfied. well it is also one of its charm (to tell a great story in a inmum span of 12 episodes).

Animation is one of its relatively weak point , though I will not say it is was bad , rather it suits the story perfectly but it is still lacking compared to other fronts of the anime, like background are kinda a plain, which is good but not vivid, character design was average except the main cast ,overall it was a decent art but not something noteworthy.

Sound and Character Design are its strongest point the , opening and ending theme are both nice , even ost are good and fits perfectly with the situation , also voice of voice actos are great and seems to fit the characters perfectly escpecially the role of naru. charcter are great and unique nothing more to say about them , they each have there own personality which are able to connect with the viewer and that is this anime's strongest point (though design wise they are some what lacking especially side characters).

Overall it is a decent anime which everyone should watch atleast once it gave a fresh breath of air to the viewer who is watching this series after watching all those main stream genre of extreme shounen action and mindless comedy.Though it is a slice of life , it is not a tear jerker type of story so it is kinda nice innovation in the genre of slice of life.

If you see this review helpful or you want to suggest any thing ,please comment below.

So many good, long nice reviews. Makes me wonder if I can even help. I will attempt to keep this short and sweet to avoid any potential spoilers.

In any case, here I go! Barakamon (ばらかもん) in my opinion was a really interesting anime. Although in some case it seemed somewhat bland, with that common Slice of Life pick up and pace, I was hooked.

The story is about 23 year old Seishū Handa who is a pro calligrapher. Out of pure rage, he ends up punching the director in the face after he makes a snide comment about Handa's work. That's where our story starts, and then he ends up moving to a small, rural area. Within this area, he meets unforgettable people, kids and adults alike. He grows up a little living on the island and the anime follows his journey.

This anime is TREMDIOUSLY funny, and I had no problem watching the next episode and next episode. The characters are amazing, and the voice acting is nothing short of perfect. Each character has such matching voices, and the character aren't so bland either. What really amazed me was really the amount of character depth put even into the kiddos. It's an easy 12 episodes, and won't take you long at all. With that, it ends perfectly.

You will laugh, you'll sigh, and at times you may even relate with the characters a bit. But in the end, this anime was great and recommended to anyone reading this.

Thanks for reading, if my review helped in anyway, comments appriciated. :)

This was originally a recap on the finale (containing spoilers) as well as the following final impressions. You can read the post on my website found here.

Barakamon is a show about a pretentious, sheltered and impulsively violent artist from Tokyo. This will be a shorter “final impressions’ than I normally write up, because honestly, there’s not much to say. Both all the reasons why I enjoyed and would recommend this, as well as my criticisms of the series, are minor at best.

So, what’s Barakamon really about? I already told you, lol. The artist, Handa Seishu, has an altercation over his calligraphy. His family and friend pretty much send him away to

somewhere in the Gotou islands, where he meets the wacky southern villagers, particularly the youths of the village.

The series begins in pretty standard “fish out of water” fashion. Handa has to deal with various country life issues like having to actually cook food, walk to the general store to make a phone call, manually heat his bath, etc. It’s really nothing we haven’t seen before a hundred times, but it’s entertaining, mainly due to the likeable characters, which I’ll get to in a minute.

It moves away from the outsider theme and morphs into a life lesson of the week themed series pretty quickly. Each week, with a few exceptions, Handa learns something about himself or something about life, usually by way of the friends he makes on the island.

Handa and friends spent after a day at the beach.

That’s pretty much it for the story. In my amateur opinion, If the characters were less then excellent, this series would have been instantly forgettable. Thankfully the characters created by Satsuki Yosino and fleshed out in their manga are as good as they are, especially all the villagers and supporting characters in general.

Without specifics, Handa who was sheltered and didn’t experience much of a childhood, is bright eyed around the laid back and generally fun loving children on the island. This includes the two middle school girls Miwa and Tamako, the high school aged, even tempered Hiroshi and the younger grade school aged kids, led by the ultimate rugrat, Naru.

All the kids are great and over the course of the series, we get to know each of them (some more than others) and all have a great impact on the protagonist. Through these friendships he’s able to change direction in his artistic endeavors, while starting to enjoy life a bit.

Everything extraneous to the plot is filled with quality. Of particular note was the voice acting of the actual children on the show, especially Naru and Hina. While the character designs were nice and faithful to the manga, they’re pretty standard. The voice acting, sort of like how the charatcers are written, raise the quality of the series overall. Here’s a clip of Naru and Hina — voiced by real children — making fun of a poetically contemplating Handa.

by the voice acting. Was there anything I didn’t particularly like? Yes, of course. I’m impossible to please.

First, the Handa Seishuu character is a giant man child. That fact is the entire catalyst of the show. It’s generally a coming of age story for a 23 year old man, who’s been a mental case for most of his life. This is easy to get past while watching, don’t get me wrong. But if you knew a 23 year old constantly hanging around a group of kids, you’ve be alarmed. I don’t mean for anything devious or criminal, but just for that person’s general mental state.

The other main thing, which in the end held me up writing this final impressions post, is the entirely predictable nature of the show. Future episodes, as well as the ending, are really easy to spot from a mile away. Earlier on, the series is more episodic — Handa and the kids do A, B, or C, or Handa participates in local custom X, Y or Z.

The show begins to move slightly away from that, getting back to the main story, in which we can see Handa apply the life lessons he’s learned while on the island. I was looking forward to returning to the overarching plot, but immediately realized I knew what was going to happen, because there’s no way anything else could have happened.

I initially wanted to give Barakamon a score of 3.5 out of 5. My final rating is a 4 out of 5 however. What finally bumped it up, was my mistaking some of the simplicity of the series for unoriginality or perhaps just crapatality. I just made that word up. Anyway — yeah, "really creative" doesn’t always mean better.

Would I recommend Barakamon? Of course! I would especially recommend this series, essentially a shounen series where the main character levels up his maturity, to people who aren’t too familiar with the slice-of-life genre.

Did I ever think about dropping this? Uhm… nope, never. That’s it everyone. If you haven’t watched this yet, put it on your list. At 12 episodes it’s extremely easy to watch. If you have seen it, I hope you enjoyed it as much as I did!

Thanks for reading my Barakamon reviews!