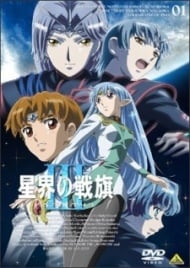 The Union has retreated and thus the Abh have regained control of the Hyde System. As Earl of the Hyde System, this means Jinto has his work cut out for him! Together with Lafiel he takes a temporary leave from the military and heads homeward to do his duties as an Earl; meanwhile, the Empire’s new type of attack ship is moving to the Hyde System for a test run. Are the citizens of Martine, Jinto’s home planet, still holding onto their rebellious ways? If so, Jinto may end up having to exercise more diplomacy than he originally thought necessary...

StoryPerhaps the one thing that bothered me most about the Crest of the Stars trilogy was its somewhat vague sense of incompleteness.  While the ending briefly spelled out the direction of the story following the final events in Banner of the Stars II, it left a number of conflicts unresolved, and this always irked me.  Thus, when I discovered that an OVA had been released four years after the series had originally aired, it riled my hopes in favor of a final, satisfactory conclusion to the epic.  Thankfully, given my well-founded adoration for the series, it did not disappoint; in actuality, I was quite amazed at how much closure it provided.I should point out, however, that watching BotS III in-concurrently with the rest of the trilogy is not advised; given the roughly eighteen month or so gap between my viewing of it and the main series, I noticed a number of instances where it referenced characters/situations whose specifics I could not recall with clarity.  That said, BotS III takes place following the recapture of the Hyde planetary system, and entails Jinto's return to his home world to enact his duties as its magistrate.  Lafiel takes leave from her duties and accompanies him as a bodyguard, and given the length of the OVA, it's hard to say much more without revealing the entirety of the story.  There's a relatively minimal amount of drama, as the sole purpose of the OVA seemed to be to tie up all the series' loose ends, and as a whole it does so very well; think of it almost entirely as an epilogue.  AnimationThe jump in animation quality was the first aspect of this OVA to catch my attention.  Though keeping the same style and feel from the original series, the character designs are smoothed out and many of its rough edges are polished.  Color vibrancy virtually doubles in quality, most especially with Lafiel and Jinto, as both end up with looks very befitting of their personalities.  Lafiel, for instance, appears much more ladylike and beautiful, and minor details such as the flickering of her earrings when she tilts her head are emphasized.  Likewise, Jinto appears very much a man and less of a child, portrayed rather well through subtleties in his facial expression.While not mind blowing for 2005 by any stretch of the imagination, the animation suits the OVA perfectly, and for that I have no complaints.SoundAs with the series, the musical score is absolutely beautiful.  Though I can't recall if the tracks are original, a fair number of gorgeous piano pieces find themselves placed masterfully amidst the various scenes, and it created a very subtle, soft ambience that pervaded the entire OVA.  Topped off with the same splendid voice acting from the series as well, the sound score for BotS III proved nothing less than fantastic, and I was, needless to say, quite pleased.CharactersDefinitely the most touching aspect of BotS III, however, is its no-nonsense approach to Lafiel's and Jinto's relationship.  The OVA displays their blossoming romance in a very heartfelt fashion, showing the results of their growth and maturity over the course of the series.  For example, despite her rather resolute and firm personality, Lafiel exhibits a much softer, feminine side indicative of her feelings, and its quite satisfying to see her finally won over by Jinto's charm.  Her open admittance to her concern for Jinto's well being is a rather refreshing change, and certainly takes their romance beyond the simple "I love you" stereotype that most romances tend to pidgeon hole their endings into - their affections come across as much more genuine.While a number of other characters' stories are given closure, they aren't particularly worthy of mention, as I'd rather not spoil; there's only so much you can talk about when discussing a fifty-five minute OVA.OverallAn absolute must watch for those who enjoyed the Crest of the Stars trilogy.  With the same grace and finesse of its predecessors, it provides a more-than-satisfying amount of closure to the epic, and leaves me with even more appreciation for the series than I had prior. 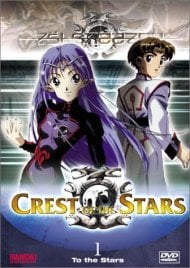 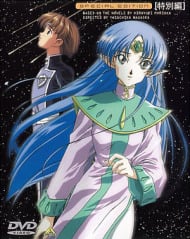 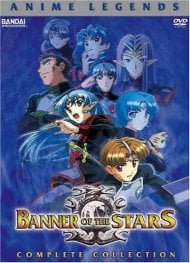 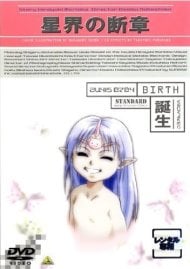 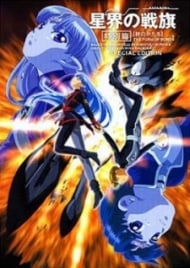 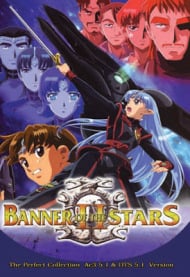 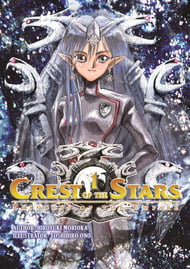 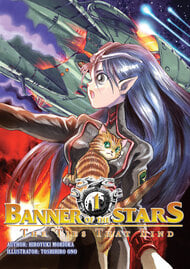 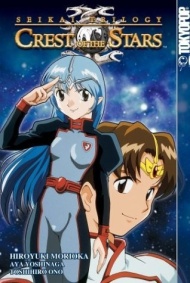