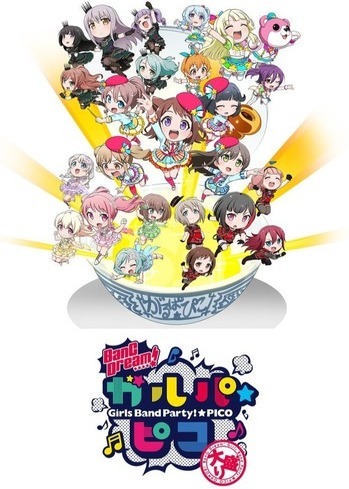 If you're looking for manga similar to BanG Dream! Girls Band Party! Pico: Ohmori, you might like these titles.

Ogasawara Aki is the reclusive, idealistic composer of the popular band Crude Play. Discontented with his life and with no drive to succeed, he meets Riko, the 16-year-old grocer's daughter in a band consisting of her childhood friends, and asks her to be his girlfriend on a whim. Riko, young and innocent, agrees immediately, but worries about her new boyfriend, whom she suspects has just broken up with a woman he cared very much for.