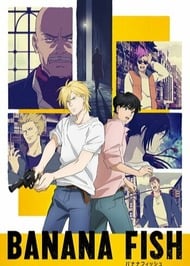 This show was incredibly powerful. Before I go into this, let me just say that if you’re looking for an anime with drama that will later turn into a happy ending, then you should know that this is not that type of show. This is not a show that you can fetishize or make cute ships or pretend that everything works itself out at the end. This is a story that is gritty and horrific and so, so, so tragic. It forces you to look at the ugliest parts of humanity and realize that not every tragic person gets the ending they deserve. Not every bad guy will get the punishment they deserve. Life doesn’t end in happily-ever-afters and Banana Fish is a great example of that. The story follows 17-year-old Ash Lynx, a runaway former sex toy of a powerful man named Golzine and a current leader of a gang. One day, he learns about a mysterious drug that’s been spreading and while he looks into it, he meets a pure-hearted young man from Japan named Eiji. Along the way, we meet other wonderful characters like Shorter, Sing, Max, Cain, Jessica and even the more complex like Yut Lung and Blanca. I can’t recommend this anime enough. It honestly surprises me that anyone could think this story is homophobic because I never once saw it that way. Never once did I get the feeling that this anime was trying to make a point that this only happens to gay people. Guys—predators are PREDATORS. A lot of them don’t even take their sexuality into consideration when they assault someone—THEY WILL GO AFTER ANYONE THEY THINK IS ATTRACTIVE AND/OR WEAK. Sexual assault has everything to do with power and dominance and nothing to do with sexuality. So let me get that through your heads right now. Even in today’s society, people tend to overlook male victims a lot more than female victims. This anime happened to focus more on the male victims. I saw male characters put in situations that is, sadly, expected when it comes to women. Again, this story is forcing you to look at the ugly and commonly overlooked side of society. Men get raped just like women do, child abuse exists, anyone can be a predator, people in gangs can be good people just like people in office can be bad. But that’s not all. We’re given a character like Ash who is constantly pursued, constantly objectified, constantly abused and yet, holds out because he has to. Because he needs to survive. The most tragic part of this entire story isn’t just the bad things that happen in it. It’s because of these little moments of hope, these small moments like Ash has with Eiji, that really makes us as people realize what we take for granted. Heck, even Max and Jessica realized this by the end. Ash could have tried to go for complete power and could have been taken over by his hatred like Yut Lung had, but he chose a different path for himself and that path had led him to Eiji. Another thing I hate is when people try to fetishize Ash and Eiji’s relationship. I feel like you sort of miss the point when you simply ship them together—their relationship goes beyond something physical like being friends or lovers. What they have is incredibly special, something they’re willing to risk everything for. Ash and Eiji are polar opposites, with Ash being a killer and a sexually abused victim while Eiji is so innocent and naïve. Their paths weren’t supposed to cross but they did, and they learned and grew from each other. Eiji was Ash’s light, his escape from this ruthless hellhole he grew up in. Characters like Yut Lung noticed this and he hated it because it was something he himself didn’t have. Besides the powerful relationship between Ash and Eiji, the juxtaposition between Ash and Yut Lung was also brilliant. They are very similar to each other but they became like Yin and Yang because of the different paths they chose. They could very well have been in each other’s situation if they had chosen differently. I’ll never forget what Blanco said to Yut Lung—about needing to love in order to be loved. It can seem like such a simple thing, but when you live a life soaked in tragedy, things that should be simple are not simple at all. I’ve never been so moved or so heartbroken for a show before. Even the opening and ending songs have this way of ripping your heart out. I want to tell everyone to watch it, both anime watchers and non-anime watchers alike. But this is not for the faint of heart. Brilliant shows like Banana Fish will leave a mark on you and whether or not that mark is good or bad, it deserves to be carried.

Banana fish is a show that I would normally like, since it’s an action adventure / mystery detective type of deal, set in the 1980s. As someone who grew up with buddy cop movies and is a fan of the 90s action flicks, this should be right up my alley. But it wasn’t because it was gay. The bad kind of gay. And it’s not just me who disliked it for being a homophobe; most actual gays dislike Banana Fish as well. For a group that keeps demanding more representation in media, saying they hate a show that is filled with homosexuals can only mean something went terribly wrong. In fact the only people who liked it are the fujoshis, and only because they are messed up women who love anything that has abusive relationships and they think rape is very hot. Let me explain what is going on. Unlike something like Yuri on Ice, a show that is praised for its gay inclusiveness (and is otherwise completely passable), Banana Fish is insulting. Its depiction of homosexuals is that of 80s stereotyping. Although it makes sense, since the manga was made at that time and follows the clichés of the era, gays in the show are presented as man-whores, unlike Yuri on Ice where they are average people who are into dick and nobody around them minds it. Basically, the latter depicts homosexuals as something dirty and sexy, while the former as something normal and positive. The gay audience who demands inclusiveness is not willing to use that crap as part of what they are going for. The show kinda tries to excuse this by having Ash being forced into male prostitution by getting dragged into a child sex slavery ring. There, see, it’s not his fault he and many others are man-whores. Well, that’s the thing, every bad guy in the show is inexplicably into dick. Where are the straight people? Or women? Or those who are into any other deviance? It’s ridiculously one-sided, as if 90% of mankind is into young boys and spends most of its day in talking about all the creepy things they will do to them.The whole thing quickly becomes gay bondage porn for fujoshis. Throughout the series you get the exact same scene. Homos get imprisoned by cops or get captured by thugs. And they always manage to escape by seducing the guards, who always happen to be gay. It gets very predictable very fast and it’s only pointing out how much of an 80s stereotype they all are. It seems like I am focusing too much on the gay part, but honestly it’s what sticks out the most. It’s not an 80s action-heavy flick about druglords. I would love it if it was. It’s a character-driven drama about criminal organizations at war, and even that gets constantly overshadowed by the exact same gay bondage scene. The whole mystery about the mind-controlling drug is also bullshit since it strips people of free will. Plus, the pacing is extremely slow and you will often forget what the characters are supposed to be struggling for. Add to all that the average production values. The animation is dry and fairly unimpressive compared to what they were making in OVAs at the time the manga was made. It doesn’t even have the groove of the 80s, since the animators decided to make it seem like the story takes place in recent times. And that causes the gay stereotyping to come off as even more awkward and dated. So basically, to hell with Banana Fish. It’s gay.

This show is a must-see for any anime fan that likes gangster stories sprinkled with some action and drama. As a warning, I must mention that if You don't like yaoi you might dislike parts of the series. I'd like to add though that there is no fan service and yaoi parts are done tastefully so ... it's your choice. I don't like this kind of stuff but I enjoyed the show immensely.  First - the story.  The plot revolves around drugs, crime, crime families etc. and the show grounds it with its two main protagonists and their involvement with the titular banana fish. The pacing of the story is done very well. It lets us know a little bit about each character without getting boring or forcing the viewer to watch unnecessary flashbacks. Also: some of the characters do die during the course of the show, so each episode has some tension to it. You will not know if the plot will allow the protagonists to get a happy ending. Overall the story is great but since the mystery is one of its themes I don't want to spoil it to You any more than I have to. Second: the animation and artwork. The animation is decent and the direction of the action sequences is done quite well. Overall both the art and the animation is not spectacular but well above the average.  Third: the sound. The sound is ok. I can't really say anything more about it. Fourth: the characters. The characters are the strong part of the show. Both of its main protagonists are interesting and feel like real people. They as well as the supporting characters have their own motives and their actions do not feel forced or irrational.  Speaking of the supporting characters: we get a lot of them and they're fleshed out quite nicely. The show gives us enough time to get to know the important ones and even side characters get some exposition making the world of the series more realistic.  My only complaint is that one of the main protagonists Jade Callenreese feels a little too perfect and cool. This is explained by the plot but ... I just don't like characters that feel flawless. Verdict: It's great. Go watch it already! 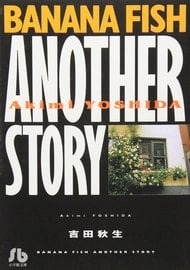 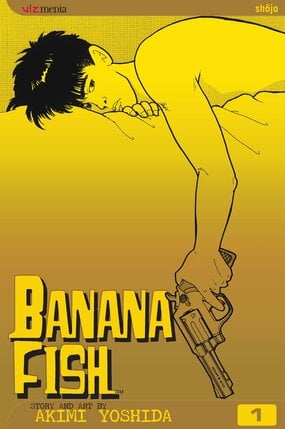 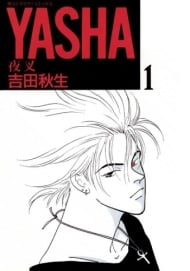