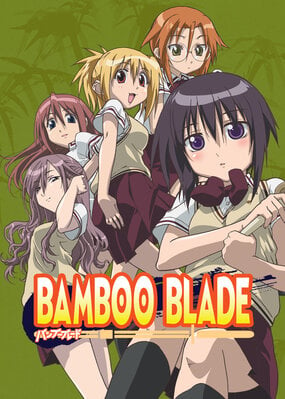 StoryOver the past few months I've been slowly trying to catch up on the titles I missed in 2007, and I must say the more I watch the more impressed I am with the year as a whole.  It  flaunted a number of strong titles such as Claymore, Bokurano, and Minami-ke as well as some great ones such as Kanon 2006 and Death Note.  Fortunately, to my delight, Bamboo Blade continued this trend and easily took its place as another contributor to the solidness of the 2007 lineup - it's yet another "must see" title.At first I have to admit I was a bit skeptical - the series was amusing, sure, but nothing capable of blowing me out of the water.  As I kept watching, however, my level of enjoyment steadily rose, and ultimately I found myself laughing out loud multiple times per episode.  Though Bamboo Blade employs a number of running gags for its humor, the writers knew how to drag the series out to span a full twenty-six episodes without becoming monotonous or tedious, which is generally a fatal flaw for series like this.  It progresses in a number of small phases, the first which involve introducing the team's full five girls.  Once this is finished, it then transitions into the tournament phase, which starts out humorous but slowly becomes a bit more dramatic and serious until the series finally comes to a close.  The amount of character development that occurs over the course of these arcs is without a doubt commendable, as the one-dimensionality of many of the characters drives much of the comedy.  Rather than aiming for making the characters overly three-dimensional and serious, however, the development tends to humanize them with just enough balance to keep them funny, which ultimately creates a very strong viewer-character bond.  Because Bamboo Blade also intertwines a fair amount of drama with its comedic storyline toward its latter half, this actually works surprisingly well, as it allows for the characters to retain their hilarity while still eliciting a fair amount of sympathy as they struggle through tough times.AnimationBamboo Blade's color scheme is deep and vibrant, and I felt it suited the series beautifully.  I found just about all the characters to be unique in both flavor and appearance, and all had distinct niches and quirks about them (Kirino's ">:3" face for instance.)  Tack on surprisingly detailed backgrounds for a comedy and there's really much to complain about - aesthetically speaking, everything is gorgeous.Perhaps my only real major complaint is that the kendo fight scenes tend to be a little sparse on animation detail and frames.  Most of the crucial or important scenes are touched up to look decent, but for the most part the fights are drawn out through action stills.  Given the sheer amount of detail elsewhere this isn't all that important a detail, as ultimately the kendo thematic is more a medium to draw the characters together than an actual emphasis; you're not watching for the fight scenes, you're watching for the characters and the humor. SoundWhile the musical score was effective, it was fairly standard and not worth much mention.  What I really enjoyed most was the outstanding quality of the voice acting - Kirino's seiyuu easily ranks among the best I've ever heard.  Other characters like Saya, Tama, and Dan are all strongly voiced as well, and overall I was enormously impressed.  It felt as if the actors really enjoyed voicing their respective characters, as there just seemed to be an uncanny amount of enthusiasm put into making them come alive.     CharactersThough initially appearing somewhat archetypical and stereotypical, Bamboo Blade's full cast turns out to be surprisingly fresh and unique.  From a complete loser for a kendo instructor to a superficially nerdy klutz, the characters fit into certain molds in much the same fashion as most anime comedies would have them, but ultimately branch out beyond these restrictions to serve much more appealing roles.  Kirino, for example, is at her core the "loudmouth" girl, but she pans out to be perhaps the most tolerable and least obnoxious girl of her kind.  Her energy and devotion certainly fall within human bounds, and she comes across as a genuinely amiable, yet comedic, character.  For those who loathe loudmouth girls (I tend to like them for some reason despite hating them in real life) Kirino's awesomeness knows no bounds, and I certainly could see her changing the mind of many a folk who previously had a disdain for her type of character.Fortunately this holds true of all the characters, and each one plays off one another differently.  Saya serves as a perfect compliment to Kirino, for example, through her similar "loudmouthed" persona while Tamaki foils her quite well.  This interconnection plays down the importance of the characters' individual stereotypes, and removes the need for hyperbolic extroverts or exaggerated introverts to fuel its humor.  The obvious downside is that three dimensionality tends to dull some of the prospective laughs, but it's not done to a point where it overtly interferes with anything Bamboo Blade initially sets out to do.  Instead of appealing solely to fans of random humor it carries a much more universal feel, and for that I felt the characters to be extraordinarily solid.OverallOf all the reviews I write, comedies tend to be the hardest to really portray my thoughts accurately.  Though I might not have dealt the series the due justice it deserves, Bamboo Blade should make its way onto the "to watch" list of every comedy fan without fail.  Even for the most stalwart skeptic it has many merits, and I'm more than happy to recommend to anime fans of all walks of life - it's simple, it's charming, and it's hilarious.  Nothing more, nothing less.

Kojirou is the kendo instructor for Muroe High School and he's totally broke. But then an unexpected chance is given to him: his team must win against his senpai's team and the prize is: free meals for a whole year! Now, the only problem left... where to find girls skilled enough and willing to join the kendo team? Once he's able to find girls who fit the part, he learns that dealing with his new eccentric students isn't going to be as easy as he thought. . .but along the way he slowly rediscovers why he loves kendo and what it truly means to be a teacher. . .   Bamboo Blade is a couple of years old so the animation isn't as crisp and fresh as the newer anime but it's still rather nice. I actually really enjoyed the soundtrack so no complaints in that department. The characters were highly entertaining and I loved how each girl was different and had her own little quirky trait. However, the plot was rather mediocre and didn't do much to make the girls shine like they could have. I still enjoyed Bamboo Blade, but it had weird pacing. It would be really slow and then it'd pick up full speed and then slow again so, because of this, I lost interest several times and ended up stalling this anime on two seperate occasions before finally finishing it. And it took me more than a year to do so, which is why I can't mark the anime any higher than average. It wasn't bad, but the pacing made me lose interest in it. . .

This series is good, but in the last 3 Episode, it just became like Ahiru No Sora with a bunch of extra having more scenes for stupid reasons, that for me is a downfall for the rest of the series, thus this anime is enjoyable just not a big fan of stupid characters and dramatic scene. 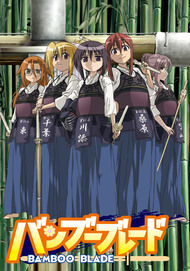 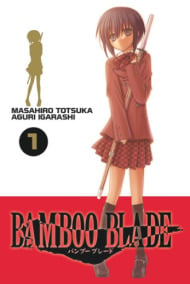 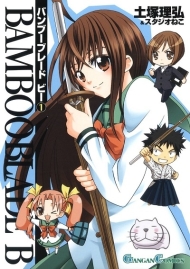 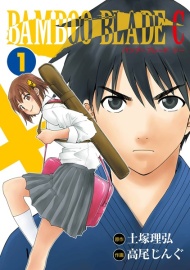