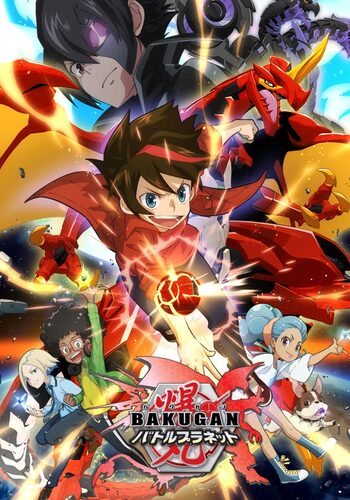 To be honest, the only reason why I watched this is because I had to babysit a 4 year old, and normal shows were too boring for him. He liked this one, and it has some good moral teaching.
As far as myself, it was boring as all out.

Watched BP for a year

This's good.like EP3 Wynton and Trox.After that Wynton didn't do anything to hurt himself Bakugan.EP23 After Benton promised Dan not to lie anymore.He's no more concealing TAO

Magnus was evil because he was jealous of Dan's power. This plot's good

Although part of the story needs to be explained in BAA

Sound=Lyrics correspond to stories and characters

To me. It ’s just as exciting as watching NV

I highly recommend watching this season