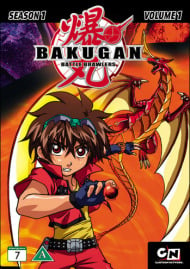 StoryAs it was once again it was my pick for the “misery loves company” club, I (stupidly) decided that it was time for a card battles anime. Having already seen Yu-gi-oh and Duel Masters, I figured it would be “fun” to start with the worst-rated in the genre based on the current Anime-Planet ratings. Please bear in mind that this brand of fun is unfortunately the equivalent of repeatedly running sheets of paper between your toes just for shits and giggles: and paper cuts. Quickly explaining that, one day, the sky started raining magical cards that groups of kids gathered up and use to play a fighting game, Bakugan Battle Brawlers launches an onslaught of tedious battles that assume you know the game inside out. I don’t. Fifty-two episodes later, and I still have no fricking clue how the different gates or character attributes work, and neither do I care. As the core characters are introduced, the writers miss out on the opportunity to drip-feed strategy and rules cohesively to the viewer, instead preferring to plough on blindly and disregard the chaos in their wake. I swear most of it was made up on the hop, especially when some completely random “Armoured Tuskinator” card or the like is thrown out. The plot soon spreads itself even thinner, with areas that are nothing but deep holes. How do the Bakugan know the rules of the game if they are supposed to be creatures from another dimension? Why don’t the Brawlers' parents worry where their young kids are when they disappear for days on end? And if the fact that these burning questions are left unanswered isn’t bad enough, the tenuous excuse for a story jumps about without a care for continuity. Many relationships are left unexplored, good and evil changes sides on a massively predictable scale, and ultimately, I just don’t care about a show that makes zero sense. The show is definitely aimed at the 5- to 12-year old male demographic and uses a very thinly veiled excuse of “entertainment” as a pretext to produce the next big thing for the toy shops. Why do you need a coherent storyline when you can make billions from the needy brats who want the latest playground fad? What makes it even worse is the fact that a second season has been set up perfectly – I guess healthy-minded parents will be cursing the corporate morons who are more liable to exploit childhood naivety to line their pockets than they are to produce quality entertainment.AnimationWhen it comes to animation there’s bad, and then there’s Bakugan bad; lip synching is unheard of, the characters are extremely odd looking and physical movement is the equivalent of your grandmother doing the robot. Magically, before your eyes, the facial proportions of each Brawler keep changing and distorting, almost as if they’ve been run through Photoshop by an overenthusiastic monkey. The Bakugan monster-things don’t fare much better: switching between a rather well created CG ball that is completely ruined by lack of movement and a poorly drawn creature borrowed from a seven-year-old's colouring book.SoundMuch like Bobobo-bo Bo-bobo, it seems that the original Japanese soundtrack is not available to western audiences, and so the English dubbing is an unfortunate “must”. With vocal skills that make kids in Africa cry, the seiyuu for the main protagonists deserve to be lined up and shot. The worst offender is the moronic valley-girl Runo; her grating tones have me reaching for the remote, not to turn down the volume but to launch it as a projectile weapon at her wide-eyed, cretinous face. The music accompanying the dire series is hilarious, and for all the wrong reasons. Trying to be cool to appeal to the kids, the opening rap-mumble-noise-rock-wannabe-thing has some hard-hitting and inspirational lyrics. When I say hard-hitting, I mean annoying and by inspirational I actually mean crap. Really crap. At least I can say the entire soundtrack was consistent.CharactersNo development, no rationality and no empathy make for an entire cast that would be better portrayed by cardboard boxes. It is almost as if the writers took every cliché in the book, and added them to the show. From the schoolgirl tsunderes-in-training, to the skilled loner, even the meat-headed protagonist is not forgotten! Continuing in this tacky vein, there are numerous antagonists who randomly decide to swap sides to bolster the good-guys’ numbers and take on the stupidly overpowered Naga. OverallMy sanity is slowly slipping away. Especially as I’ve just been informed we’ll shortly be watching Bakugan: New Vestroia. If you read this, please send help.

Note to self there might be spoilers. I really enjoyed this anime when I was a kid. Yeah I know Good always beats evil was what I always told myself when I watched an episode on any of these series. Its not only a good play toy for kids but their amazing real close up on the show and they look so fun on the game I have of this for ps2. Dan and Runo Will always be my favorite couple and so lovely/cute how jealous gets on Alice and Julia. I hope you enjoy the show.    Story 10: because It got to Its checkpoint and Answered the aquestions I had.   Animation 10: very oldie stylee I've seen for soooo long that It looks 90s to mid 2000s style we need. Some people hate It because Bakugans mainly a toy,didnt like It or thought cartooned anime shouldnt look like this vibe they had. Its part of my childhood.  Sound 10: I thought It was well.  Characters 10: because the characters stayed To their role and the reactions were cute especially jealosly is motivated here  Overall 10: since the others are 10 just put it I guess. Its because all together youll be more than relieved Youll live In your childhood little more. Enjoy! - Yianni

This anime was very good, I am impressed, but the story could have been made a little better. The anime did have a lot of twists and turns and thats what made really nice and entertaining to watch. I think that the females could have had a bigger role in the sotry. The part that really ticked me off was how everyone thought that the antagonist was presumed to be male and it turns out that it is a female. Like that is completely unrealistic and pathetic. How can a male just sudenly take off a simple mask and turn back into a female. That is totally bullshit. I think that the director, the producer and the enitire cast of Bakugan Battle Brawlers was high or either drunk when they came up with this idea. I wouldn't recommend this to anybody except for kids that are 10 years old because they are the only ones who wouldn't think that the part where a male turns into a female is stupid. I think that by this all the females in the anime was humiliated and insulted. Never in my life have I ever seen this happen. 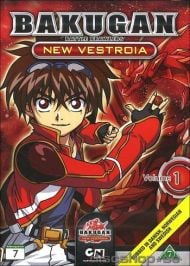 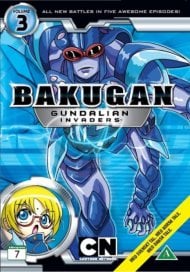 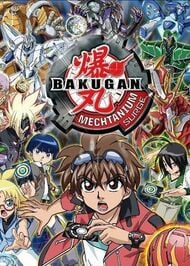 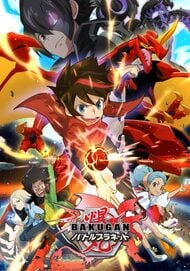 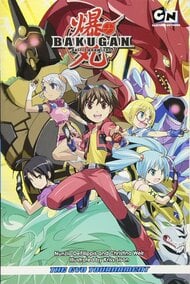