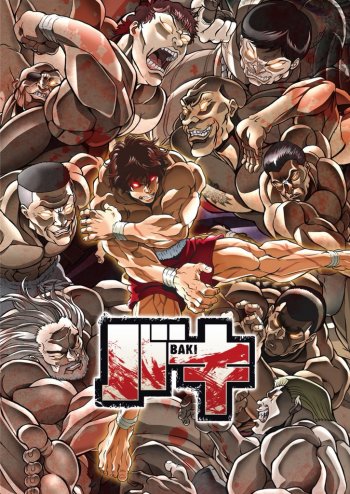 This is the worst anime I've ever seen. It's about people fighting against each other except when their spine gets broken into pieces, they not only survive, but start walking the next day like nothing happened. Also, they all refuse to kill each other, which backfires every single time and it just pisses you off as a viewer. Overall, it's not entertaining at all... 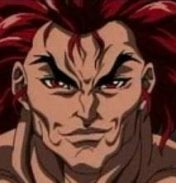 I'm one of the people who was dumbfoundedly happy that Baki was making a return. I was surprised that they [netflix] would pick up something that is, in my opinion, so obscure.

When they opened with the premise of the synchronicity of 5 inmates in different parts of the world setting out "to taste defeat", I knew that I would be in for a real treat. Baki as a series is, after all, about extremes. I have honestly watched the first 13 episodes more times than I can count.

One must of course accept that in true Baki fashion, nobody is every down an out regardless of their injuries, and the addition of deadly weapons extend that reality about the series that we must all accept. If you're going to get upset that someone is still walking despite their bones being broken, you'll have to show yourself to the door.

You see, making a series with rigor about Martial Arts as a practice is already so constricting, you have to accept that these practitioners have in fact reached the lever of super-human strength through training we cannot fathom without wearing a cape or the clouds churning at their mere presence. They heal, they continue, they are not mortal until the writer says that their time has come.

It's making the series palatable to a new or wandering audience that creates it a classic problem for everyone involved. I was affraid that the flasbacks would be abused and in the end (after episode 13), it started getting really, really ridiculous. Flashbacks from a mere 5 episodes ago? Has our attention span become so miniscule that we can't remember what happened before Neflix publishes the rest of the season? That's the first problem.

The second and most glaring one, is that it's clear that after Episode 13 they have back-pedaled on the idea of the convicts, having them practically fade away (won't spoil it) only to renew the classic Baki premise of a Tournament. Bringing back the roster of legacy characters like Shinogi to appease one crowd while frustrating the rest.

I will watch whatever they end up putting out, but it still stands as a tragic victom of modern episodic content.

Baki is not good.

It starts out with five criminals escaping and coming after Baki, our main character. After most of a season, Baki hasn't fought anyone without being interrupted midway through. New characters are introduced all the time, so we spend entire episodes building them up. The 5 criminals start going after other people (why?), and there are all these fights between different people I don't care about.

Everyone that matters has super-human abilities that are entirely unexplained, so you have no reference point or expectation about how a fight will go. Think about how Dragonball Z has power levels and levels of Super Saiyan. Or in Yu Yu Hakusho, they have spirit energy and all kinds of different techniques, so there's a focus on disparities between combatants and how they'll win the fight. But in Baki, there's none of this. A naked guy takes 8 shotgun shells point blank, and is fine. Any damage done to an opponent doesn't matter. Cut off a hand? Shatter literally your entire ribcage? None of it matters. The people are fine afterwards, and the fights are super boring because of this.

Anyway, I dropped off before season two. There's zero story, boring fights, characters with little to no backstory. Maybe if I had seen/read other Baki series/manga it would make more sense, but this is a mess.

Yeah...ehhh..ok..It really is a simple anime .Just some huge fighters(most of them criminals in this season) that compete in a tournament and fight each other.It is enjoyable to watch because of the fights and the only good part it is actually the ending[Spoiler ahead⚠️], because Baki is in a near death situation and he is going to compete in the Raitai Tournament..

there are bad CG I know I rate  the animation 4

watch from the first then see