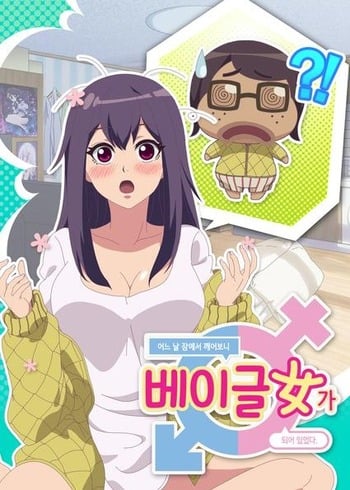 When you look at this anime and see gender bender and ecchie you think,ok so it’s just another stupid cliche and very random ecchi anime, I will tell you right now this is NOT the case...

so yes there is a fat otaku which suddenly wakes up as a busty hot girl, which seems very cliche for any supernatural gender bender (if that’s a thing) but what makes me like this is because of the actual story (which for a lot of ecchie anime isn’t a thing) kind of comes out of nowhere around episode 6 before this episode the otaku is trying to figure out how to be a girl with a friend, I don’t want to say what happens after episode 6 as this review to encourage people to watch it would be pointless let’s just say some bad things happen or well a lot of things happen.

the only problem with the anime’s quality would be the sound or the voice actors to be more precise, I feel like sometimes when they talk it sounds like their in the room next door from the recording setup, the animation is very very good with some amazing characters especially the mc for people who like quick background checks like me you should like it but if you want a diary about the character you ain’t  getting it .

I very much liked this anime I think it is severally underrated(maybe because no one goes around talking about watching gender benders) I may have given this a 10 because of how surprised I was and how well it was played out at the end but to me it is deserved.

All I’m saying is if you quit after the episode 1 maybe wait 6 more episode it may change your mind.

I like the concept BUT, and this is a big but, I did not see a single bagel in the first episode. Is it just me or should there have been some bagels as it's called BAGEL GIRL?! Thank you