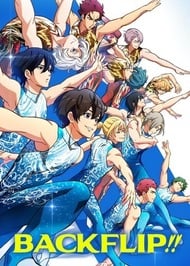 Shoutarou Futaba is fascinated by gymnastics after seeing it in his third year of middle school, and joins the rhythmic gymnastics team of his new high school Soushuukan High School, nicknamed "Ao High." He makes a friend with his schoolmate Ryouya Misato, who earned fame for as a gymnast during middle school.

I started watching this on a whim, thinking it would be another so-so sports-centered series. Fastforward to a few hours later and I finished watching the series in one sitting!!! There were times when I can't help but think majority of the characters were similar to those Karasuno High boys from Haikyuu!! which is not a bad thing, I asure you since I love those boys. The story's pacing wasn't too slow nor was it too fast; it was just right and each of the characters are interesting as we discover more about them in each episode. The sense of humor was what sold me to sticking with the series from start to finish. And the drama wasn't even that heavy, which was I really enjoyed 'coz sometimes some of the other sports-centered series I've seen were heavy on the drama surrounding the students' lives; this one touched on some drama but it didn't deter from keeping the audience's interest.

From the first flip to the last, it’s easy to tell Bakuten!! was made with love. Make that a whole lot of love and a whole lot of respect: for its story, its spotlight sport, its characters, and most importantly, its audience. Right off the mat, the show already knows how new and unfamiliar rhythmic gymnastics is so everything about its reveal is gentle and soft. When the rules are explained and the choreography is shown to us, you feel the passion and excitement behind them, like the show is just bursting to tell you all about this fantastic new sport and why you should fall in love with it. And you do fall in love with it. Both you and main character Futaba Shotaro both, whose plucky, wide-eyed view of the sport isn’t as corny as I make it sound. He’s earnest, passionate, and honest so it’s easy to see things from his perspective – which, simply put, is that rhythmic gymnastics is the greatest thing to ever exist in the whole entire world. What makes Bakuten!! so pure is the way it executes things. Of course, this being a sports anime, the bulk of this lies squarely on the sports action and money shots. Thankfully, unlike other sports anime that handle their newbie audiences just a little too carefully, Bakuten!! shows the routines in their full, inspired glory. It doesn’t bombard you with excessive commentary, reaction dialogue from outsiders, and all other kinds of technical terms. Instead, it rides entirely on feeling and dance, hoping that by showing instead of telling, it takes you to the air and – to borrow the show’s term – lets you soar. That all the characters are a joy to watch is the icing on this already-fulfilling cake. Everyone complements each other well. Their minor quirks inform us of their actual personalities: the yakuza movie buff is the most loyal of them all, the plant-arranging vice-captain is a soothing presence on the team, the idol fanboy is laidback and chill, and so on. Meanwhile, your main characters only have to be themselves to keep the story going, which, for anyone watching this and falling in love with it like I am, is really already more than enough. So sure, the CGI is jarring, but only at first. It’s not a complete distraction from the performances and before you know it, you’ll feel your heart start to race and you’ll feel the chills start to run up your spine. You’re hooked, bait, line, and sinker – and that’s just all in the first episode. By the time you reach the twelfth, I guarantee you’ll end up wishing for more. And because there’s not a wasted minute in any of the episodes, you’re left packed and full by the time the series wraps up. It’s a great feeling to have for any anime, but for sports anime in particular also you would think, especially since there’s only so much you can do to make a sports story break free from the formula. Bakuten!!, as quietly impressive as it is, still plays by the familiar rules and story beats. But who wants to keep track of all of that stuff when you’re having such an honest good time with it the entire time it’s on? 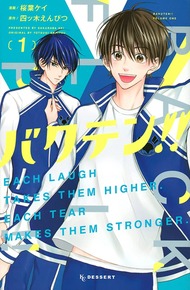 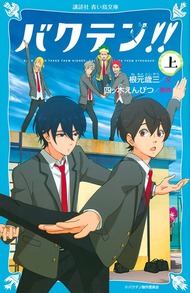