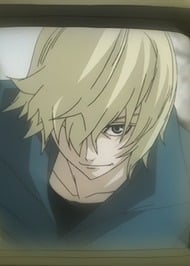 The Baccano Specials are 3 episodes of what is essentially a sequel or wrap-up to the main 13 episode anime. I will do it justice and judge it as the extension to the main series which it is. In effect I’m reviewing both together, while taking a few shortcuts. It's like icing, by itself it's not that great, but on a cake, it makes the cake taste better. Thus, it cannot stand on its own as something to watch and it would get a mediocre score. Please have a read through the review of the original series beforehand for the sections including animation, sound and characters, which are retained and remain the same (Except for developments with characters and additional characters). This review will also contain spoilers for the main series, I’ll assume you’ve watched it already. Unless people want me to copy and paste those sections in again, if they’re too lazy to click a link. Baccano is already a great anime, so this tying up a few loose ends and adding a new exciting character is much appreciated. Animation Remains same, please refer to review of original series Sound Remains same, please refer to review of original series. New character Graham Spectre voiced by Chris Patton, famed for roles including Greed in FMA, Yuuichi in Kanon 2006, Tatsuhiro Sato in Welcome to the NHK and more. Characters Remains mostly same, please also refer to review of original series. Also will contain spoilers since things were revealed about some characters. First off, we get a tad of backstory behind Jacuzzi and Nice, how they got their ‘tattoos’ and how Nice lost her right eye. And then a third wheel is Chane, since the gang found her floating in a river at the start. Nice and the others are a bit sceptical about taking her in, but Jacuzzi welcomes her into their gang, even from his hospital bed. Despite his injuries from the events on the train, he would still go out of his way to help out a member of his gang, even the newly recruited Chane. On a related note, Claire Stanfield, who turned out to be an assassin and none other than the frightening ‘Rail Tracer,’ hasn’t forgotten his proposal to Chane. Chane herself realises, that not even her precious father told her that he loved her, Claire is the first person to do so. What will happen between these two? The new character is Graham Specter, a lunatic, hot-headed mechanic, who is very similar in personality to Ladd Russo. Except, this guy has an urge to dismantle things and is very proficient at it, much like Ladd is with killing. The funny thing is, the two meet in the first episode, so stay tuned to see how it turned out. Graham isn’t exactly smart, his plans have flaws. He likes to mess with his goons and to scare people. Just like Ladd, he enjoys a good fight. Some of the other characters also feature, but not as much. Story This story revolves mainly around the 5 characters I mentioned in the prior section, Jaccuzi and Nice, who have come across Chane, Graham who plans to make big bucks from a kidnapping/ransom job and Claire who intends to marry Chane. Unlike the main series, the plot is arranged much more normally, with occasional flashbacks to the past to explain things. That was the only chink in the original’s armour, while I didn’t mind the unique arrangement of scenes, it could be off-putting for some. As for tying up loose ends, there weren’t many at the end of the main series, only really Claire’s proposal to Chane. In that respect, this is much like what conqueror of Shamballa was to the original Full Metal Alchemist, something that added and improved the whole narrative, yet on it’s own wasn’t anything amazing. It’s the icing on the cake, the sauce on the fries, the extra toppings on the pizza. Conclusion If you watch the Baccano anime, these extra episodes are a must watch. Heck, when I got the anime, these episodes were labelled episode 14 through 16. Rightfully so. Since that’s what they are. As I’ve mentioned many times, it’s unimpressive on its own, but in addition to the already stunning 13 episodes, it somehow makes it even better. I’d probably give it a 7, if the prior 13 episodes were non-existent. Those concerned about the (potentially confusing) non-linear story of the original bunch of episodes, need not worry. This is laid out like a normal narrative. It fixes the one thing that the main series struggled with (though I thought that aspect was great). It’s the last brick in Baccano’s solid foundation. Family-friendliness Rating: 4/5 Extreme themes and difficult narrative (lower is better) Overall Rating: 10/10 (higher is better)

When the train ride ends, the story just begins for a few of our characters. Unfortunately they've added a new guy to the mix, and he's the reason we can't have nice things. Story - 6/10 This three episode OVA seems as if it was supposed to be the continuation of the show, but somewhere along the line they just decided that those first thirteen episodes were as close to perfection as they could get. After arriving back in New York City Jacuzzi and the gang are resting up, healing their wounds, when they welcome a new member, Chane, the mysterious mute girl and daughter of Immortal Huey Laforet. At the same time, monumentally annoying and unoriginal character Graham Specter is out for revenge for the injury and imprisonment to his boss and mentor Ladd Russo. Finally there's the fearsome Gandor family, all who are now taking advantage of their immortal state by….setting up dominos in the basement of their restaurant (thus taking any great story lines and replacing them with useless goofball humor) Tossed in here and there is also a little storyline having to do with Rachel learning the truth about Czes and Vino, but this interesting tale was instead preempted by the main focus. That main focus is Graham Specter running around as a useless and annoying character who brings nothing to the series except a negative impact on their score. Animation - 9/10 Everything was pretty much exact to the series, a few more beauty shots of NYC in the 1930s, but nothing extreme to change the score.  Sound - 8/10 Again, the change from the original series is almost nonexistent. The only changes I gave from the original were to take 9 points away for the poison to the ears and bad copy of Ladd Russo, known as Graham Specter, and then adding 8 points for the use of the underused characters of Elmer and Sylvie.  Characters - 6/10 While all the characters from the train are present and accounted for, the series really focuses around Graham, Jacuzzi and Czes.  We learn little bits here and there about Jacuzzi and Nice, same with Vino, Czes and Rachel, but nothing to really grow the characters, well outside of the origin of Jacuzzi's tattoo. The biggest portion is spent on Graham, who as you can tell by now I'm not a fan of. We flashback to the time he met Ladd and how his little gang got started, but it's basically tons of yelling and swinging a wrench without purpose, he's a lazy rebuild of Ladd himself. The only upside to Graham, and only if it's used how I hope it was, is his "Love and Peace" phrase, which I'm hoping is a tribute to Vash the Stampede in Trigun. Again points are given for the addition and info about Elmer and Sylvie. Overall - 6/10 Remove Graham or replace him with a better character and this would be a 8/10 or higher, but his one dimension, and not even an original one at that, just took everything down to the dumps. For a series that had so many interesting and original characters they failed miserably on this one. <div> </div> 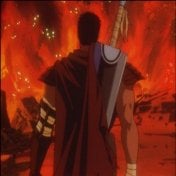 These three episodes are a welcome addition to the series.  They basically give a lot of insight into the past of characters that did not recieve much attention in the original. For examploe, we learn the origin of Nice's burns and Jacuzzi's tattoo, as well as Chane's background.  If you've seen the original, you know what to expect in animation and sound, and the story and characters flow in a similar fashion to the original series.  While these episodes add little to the existing storyline, but are equally entertaining and serve to better flush out the show. 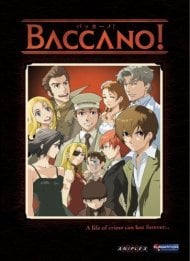 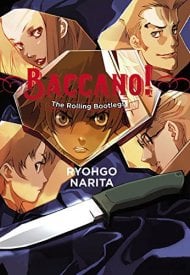 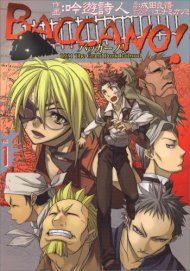 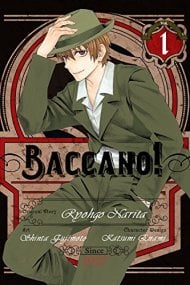