B: The Beginning Succession 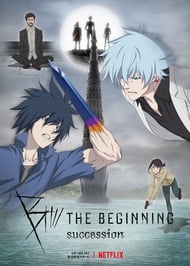 Second season of B: The Beginning.

I was so excited going in, I mean, finally a second season to B: The Beginning which I loved so much, right? Wrong. This is absolute clownery, far from a real second season. We waited 3 years for 6 episodes of this crap?  This was such an utter waste of time. They introduced a new villain whose backstory, actions, and motives made zero sense, new superpowers that made zero sense (they didn't care to explain any of it), dull horrible action scenes that pale especially in comparison to the first season's brilliance. Everything is simply too disappointing. But, no, it gets so much worse. *spoilers ahead*  For all 6 episodes Keith spends his time kidnapped, doing absolutely ...nothing. For 2 whole episodes we see Keith going off about how he apparently loved his dead sister (gross) and how he's "not supposed to have feelings like this." The whole incestuous love thing is extremely creepy and irrelevant. The writers could have and SHOULD have completely left it out. [Major spoiler] Then, it's revealed that the reason why Gilbert killed Lily was because she told Gilbert that the man she was in love with was none other than Keith. Wtf? The dialogue was so cringy unlike the first season which was actually interesting and funny. The animation for some reason worsened in quality and Yuna's, Keith's, Lily's, and Koku's voice actors sounded off at times.  Our once favorite RIS squad--Boris (old guy who actually gropes poor Lily this season, also wtf), Brian (guy who got stabbed), Eric (the chief), Kaela (the hacker), and Mario (blonde buzzcut)--got barely any screentime and contributed nothing of value to the plot, reduced to meer background characters. And don't even get me started on Lily and Keith, who were reduced to secondary characters who also did absolutely nothing. We see Lily go on this unrealistic gravity defying car chase for 1/3 of the show in which she somehow manages to drive through the wall of a narrow alley way. You heard me right, she "drove" on a literal wall. Like make it make sense.   Througout the entirety of Succession, nothing made sense and nothing was done for an actual reason. The writers just slopped together a bunch of nothing to give us this... this... downright horrible product. The first season was so good, but this? I don't even know what to call this.  If I were you, I wouldn't waste my time watching this. Throughout these 6 episodes I continued watching, hoping, that it would get better at some point, but it never did. It only succeeded in disappointing me.  HOPEFULLY the show can redeem itself in a possible part 3, if it doesn't get worse.  - Xen

The expectations of the second season were held high as season one was left on a very strong note with the expectation of a continuation. Yet the execution of the show was poorly done. The fact that it was only given six episodes showed that the plot was rushed, it didn't make a lot of sense and only major points were shown without a lot of backstory or explanation. The plot for the second season differs from the first as it seems more focused on saving Keith rather than Killer B, yet everything still ties back to the famous serial killer.  Yet the story is lacking in explaining why major things are supposed to be happening. It seemed like the story would have been complete if it had gotten twelve episodes to flesh out ideas as well as the characters. The characters also were lacking, relying on the fact that the majority of characters were already explained and given a lot of thought in the first season. The time gap between the two seasons could hurt the overall viewing if not seen back to back. Overall the anime was good, it explained some more things that were left unanswered at the end of season one while also bringing in new characters that needed a good backstory to them as well. The anime should be seen as a continuation of season one and seen right after finishing, instead of by itself if you saw season one when it originally released.

Well, I tried. I really liked the first season. I was very exctied to see that the second season was here. Until I watch the first episode. I felt like I missed something. The story was no longer compelling at all. Not even a little. Who were these new characters? They are flat and boring. Even the main character lost his luster.  My advice: pretend the second season doesn't exist. 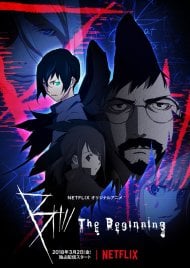