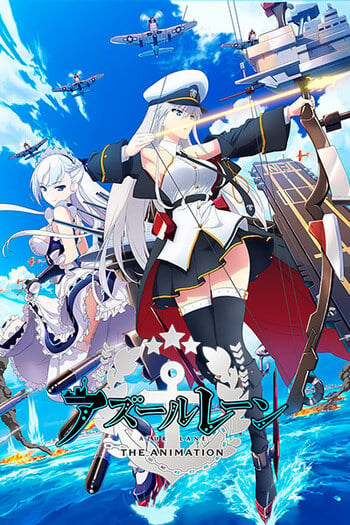 In the year 2039, global warming has caused a sudden rise in sea level, leading mankind to lose a great deal of land territory. At the same time, a fleet of mysterious warships clad in mist, known as the "Fleet of Fog," begin to appear throughout the world's seas, attacking humanity's warships with their powerful superweapons. Humanity threw all the military strength it possessed at the Fleet of Fog in a decisive battle, but was crushed by the fleet's overwhelming might...

Both are similar shows.

If you liked this! You will also like this! As they both feature anthropomorphic personifications of naval warships going to battle for what they believe in!

If you liked this, then you will definitely like the other! Both Feature the same concept of character ability (as one literally ripped it from the other :p) but facing a different foe!

The crew of the Harukaze relax after midterm exams, and a Coco receives a new mission.

Akeno Misaki and Moeka China share one goal—to join the Blue Mermaids! A group of fierce women, the Blue Mermaids are key to keeping peace among the seas and coastal cities in this age of maritime trade. To be a part of this elite group of sea protectors, they must succeed at Yokosuka's Marine High School. Akeno and Moeka, together with their classmates, will take the plunge to become Mermaids!