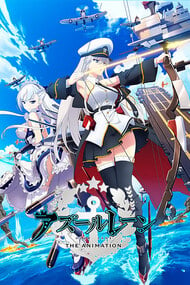 Azur Lane, a combination of all the different Camps in the world, was once successful in repelling the underwater menace, the Siren. Now splintered, they must face a new threat in Red Axis, former allies who crave to wield this otherworldly Siren technology for their own nefarious desires! Who will be victorious in the never-ending war between these battleship girls!?

DISCLAIMER:  If you're watching this with the intentions of finding an in-depth story of accurate, nonfictional World War II events, then STOP! Read no further! This anime is not for you! However, if you're watching this for some cute (and hot) looking Anthropomorphic ships fighting each other, then this IS the anime for you! Story:  2/10 There's really not much to say in regards to a sophisticated, detail-oriented plot. Essentially, Azur Lane is about a group of naval fleets from around the world fighting an unknown and unexplained enemy known as Sirens, who possess immense, highly-advanced technological power. These naval fleets ban together to battle and defeat this common enemy. However, as time carries on the once allies soon become enemies amongst themselves, and they lose sight of their true enemy, the aforementioned Sirens. And so... ...this is what Azur Lane is about! It is the great representation of the "real" battles of World War II. It is the great tale of naval conquests. It is the great story of naval warships. It is the great diegesis of hot, attractive, and kawaii girls! It is...wait, what!? Come again!? That's right! You read that correctly! Truly, Azur Lane is the antithesis of anything and everything that actually resembles all of the above as it pertains to World War II. More over, when the story line starts to take itself more seriously, that's when it goes from silly fun to just bad! The important thing here to remember when watching is to completely forgo the plot and enjoy the lovely lady ships and all the battles they have with each other. Animation:  5/10 At the time this review was publicized, Bibury Animation Studios had a large catalog of six total anime listed in the A-P database. In other words, they are a new player in the world of Japanese animation, and it shows. That's not to say that the studio doesn't merit some praise. The color palette in the art is typically vibrant, which causes various characters and scenes to "pop" when watching. Sadly, that's all I can say about the artistry. The details are plain and the CG is anime usual, bad! In regards to the animation, the battles are fun and executed OK. However, there are way too many lengthy scenes where still frames and filler audio are used to encapsulate the audience, which typically doesn't succeed in any anime, not just this one. Sound:  7/10 After a one time listen, just skip both the OP and ED. They aren't that good at all, although the OP is at least tolerable. Now the actual sound effects that happen throughout each episode, especially in the battle scenes, are particularly good most of the time. The music in the episodes is adequate as well. Characters:  5/10 Belfast (light cruiser) and Enterprise (aircraft carrier) spend a significant portion of time together, which is fantastic because they are the two hottest sea worthy ships I've ever seen! If I could be an anime character in the Azur Lane universe, I certainly would want to be a destroyer and for good reasons. They'd be my primary targets for sure (wink wink)! But I digress, forgoing my male perversion towards sexy battleships and the like. The remainder of the girls, err, sea worthy ships are a HUGE group of classes, shapes, and sizes! There are so many crammed into the 12 episodes that it's difficult to really discover more about their "historical" significance and details. The biggest, most significant uncovering of them comes in the way of episode six. Here is where the brief, but detailed information is denuded in regards to the majority of the ships' interiors. Aside from that specific episode, the only other standouts who get a fair amount of screen time, and/or represent any manner of importance to the storyline are characters such as Ayanami, Cleveland, Javelin, Kaga, Laffey, the other main character, Akagi, and the two Siren ships, Observer and Tester, who are rather scary with their uncanny, manly deep lady voices. Even Barry Eugene Carter's voice isn't that deep, and that's saying something! Lastly, the characters are fun to watch and have enough variety in personalities to warrant an "OK" overall score. Overall: 28/50 If you go in with the mindset of not taking this seriously and remove the fictional storytelling of historical naval ships and events, then there is some fun and enjoyment in this anime adaptation of the mobile game that is known as Azur Lane. Entertainment Score: 6/10 Achievement Score: +3 to Overall My expectations were Low, and it delivered Slightly Above those expectations. 2️⃣Weighted Average System Score: (6 + 5 + 7 + 15 + 12 + 3 = 48/100 points) Age rating:  TV-14+ (violence, episode six, select moments of sexual innuendo) Additional Information: Video Format:  1080p HD Streaming Audio Format:  English dubbed Publisher:  Hulu Equipment Used:  LG 60UH6550 4K TV, Vizio 5.1 Sound Bar System SB3651-E6, Sony Blu-ray Player BDP-S5200

This show isn’t bad but i decided to drop it after they took forever to get out the last two episodds and at that time i had just lost interest, to be honest the show had a lot of potential but i don’t think the battle scenes are up to todays standards of intense action which i belive is to be expected with any anime battle, they introduce the two factions too fast and all of a sudden “hey we’re fighting now” and “oh here comes the op girl to save the day” i think all this anime is is just cute girls do cute things with a few battle scenes thrown in.

in fact, i found the anime because i played the mobile game (which is great by the way). And in my opinion Azur lane is a very good anime, it has a basic and interessting story, it has nice animation, an very nice OP, fitting music during the episodes and an good, relaxing ED. The thing i like the most about Azur lane is, the story, with the whole ships turning into cute girls that fight against evil space shipgirls, and ofcouse the many charactars we got to see. Even whole nations like where are or where in real life. and with every shipgirl having a different design, weapons and personallity it just is a perfekt mix. I will give a 9 overall, because even though there is a lot of fighting going on, no one really dies, and that is a huge factor for me, i am totally fine with medium to a lot of fighting, IF no one (Important) dies, especially girls like in Azur lane. And Personally i liked the Ironblood Reich the most, not only because they represent old germany, but also because i really liked the ships, like Eugen, Z23 and Bismarck! the fighting isnt as brutal as of todays standarts, but it doesnt has to be, its fine just how it is. the ending could have been a bit longer, and more action filled, but it was great, and there is a lot of room for a seasion 2, i hope there will be one! I hope you can agree, if not then not, and have a Guten Tag! (Laughts in german) 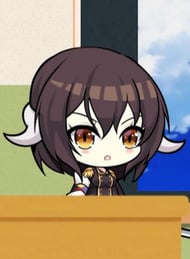 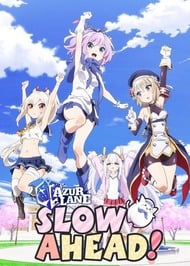 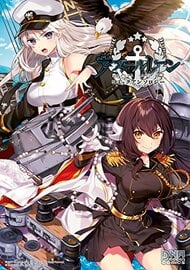 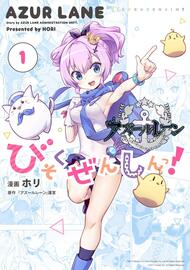 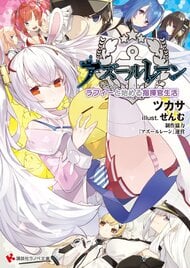 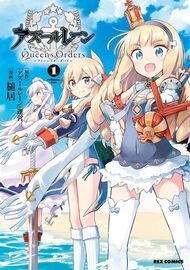 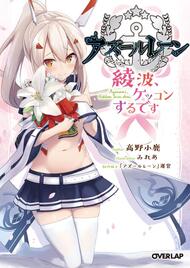 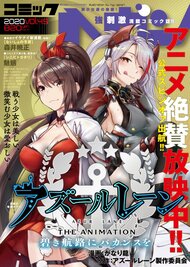 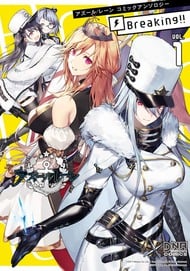