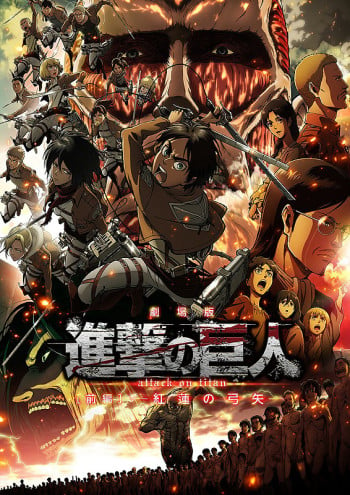 If you're looking for manga similar to Attack on Titan Movie 1: Crimson Bow and Arrow, you might like these titles.

Set in a ruined world overrun with chimerical creatures where the female creatures eat the males. Two creatures explore the land: Usagi, the elder sister, protects her brother Mitsuki, a curious chronicler who is able to read the books in their secret hiding place to know that the world was once different.