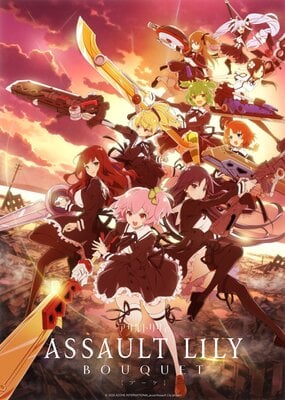 Umm hi I'm theroguenob and I watched another magical girl show. Yup and I can tell you two reasons why 1 the animation and 2 THEM THICK OLE THIGHS! But after I suppressed the degenerate in me, it was too late so I just kind ran with it and finished the show. So first off I have to say if you're a usually normal anime viewer don't watch this it's got some horrible tropes and cliches and at a few spots made me have heart palpitations from the cringe. BUT if you are indeed a degenerate or whatever, or you just really like soft yuri stuff then uh I guess this is the show for you. It's certainly not for everyone but if you give the 3 episode test then if you feel yourself overly nervous of getting caught watching this show in your home then drop it cause it won't get better for you 😂. Now to "longer" review  forst animation would've scored higher but damn that cgi it wasn't as bad as no gun life's but it came out of nowhere and was jarring. sound works, op and ep were nice but overall pretty standard  characters were actually fun/ funny to watch which was a surprise, I do have to say that it was exclusively the side characters though the 2 mains were.... fine to be nice  finally the story to was fine a very run of the mil school life magic girl stuff, it seems that 4 of them I've watched even though this one is the outlier it is the "standard" for most of these types of shows which is a bit sad but regardless if you've got nothing to watch test the waters but there are certainly better shows. Congrats on making it to the end, Thanks for the read and have a good day

watch it for "THIGHS AND THIGHS ONLY" or something like that. There isn't anything about it that would get you really hyped. It's basically another fantasy anime. There is one thing about it worth praising. It has the "rest of the world exists" concept. The story is bad enough to let a dumb person like me to figure out logical-holes. I mean, if Huge appeared 50 years ago while Humans were unaware of it's existence that means that there must have been huge massacres. And Humanity must have lost a lot of lives. But when we see the "Yurigaoka Girls Academy" there are so many teenage girls, it's unbelievable that 50 years ago Humanity had lost a lot of lives. Since the time between is 50 years, it's kind of obvious that this is a logical hole. I mean there are hundred of such academies all around the world. And these are just the teenage girls. We should count all the other things revolving around those girls and the Human Population even after getting that huge massacre seems to be really high. But other than that the characters are kind of well-written and the current situation is somewhat visible. But that's about it. NOTE: I MIGHT'VE SAID DUMB STUFF THERE AND NONE OF IT MAKES SENSE, SO I'M SORRY FOR SAYING THE STORY SUCKS. BUT I'M ONLY GIVING MY THOUGHTS ON THE STORY.

!SPOILER FREE! I enjoyed this anime for the most part as the characters were relatable, the plot was interesting, and it was a satisfying mix of action, and school life. I only really have two main issues with this anime: 1. SO MUCH FANSERVICE. I should note I'm biased here as i get uncomfortable with most sexual content, but it's definitely a bit much considering they are all high school age. Although there's nothing explicit, there is a lot of fanservice/ecchi (going by the definition of ecchi animeplanet provides) such as suggestive camera angles/closeups, revealing clothes, bathing scenes (they wear towel dress things, but they are pretty revealing), characters getting into uncomfortable positions, etc. Overall this made me very uncomfortable. (I wasn't aware of this before I started it, as at least at the time, it wasn't tagged as ecchi. if you know how to suggest a change, commenting would be appreciated.) 2. TW. Similar, but more serious, a character who is very attracted to the mc often expresses this in ways that aren't always appropriate or consensual. Things such as insisting on helping her bathe, or saying certain things. She also gets very jealous and possessive of her, often getting upset or making threats when anyone hits on, touches, or even spends much time with her (even if the Mc is ok with it). This made me very uncomfortable and could be very triggering. aside from those it's a great anime, with an interesting plot and likeable characters (for the most part). it's a shame it stumbled so much on those bits*. I'd say watch it if you don't mind/can stomach the first points, and are looking for: 1. A story with prominent wlw characters, that isn't just drama, slice of life, or romance, 2. A seemingly lighter Fantasy anime with some hidden darker bits, and/or 3.an action show with mainly girls, that isn't just a super lighthearted kids show. And apologies for any typos, I already typed this out once but I accidentally deleted it, so the typing is a bit rushed. if it bugs you, reply with the issue and I'll fix it. I didn't rate animation or sound as I'm not very picky there, and unless it's bad, I don't usually notice enough to comment on it. (also i of course have to mention the fact that this is probably heavily inspired by madoka magica, but it has enough originality to be good, at least IMO.) EDIT: after writing this I realized it could come off as me bashing ecchi/fanservice, which isn't the intention. I have no issue with people watching that type of stuff, as long as the age is appropriate. (you do you, I won't judge) My only issue here is the age of the characters, as they are minors, and it portrays them pretty sexually sometimes. 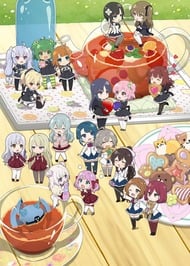 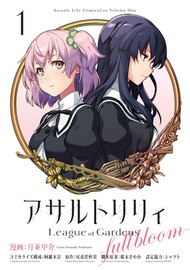