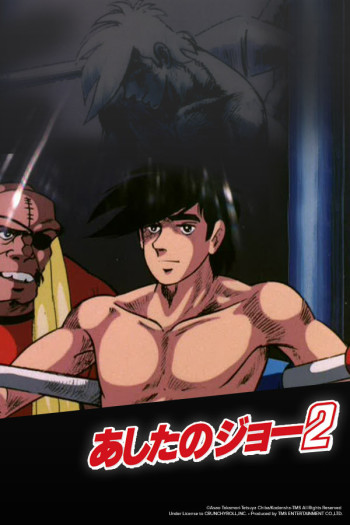 Ippo continues his career as a professional boxer, trying to live up to his role as the Japanese champion. Now that a new generation looks up to him as both a role model and a target - even though he's still a little green behind the ears himself - Ippo must develop his skills both inside and outside the ring. Can the kind Ippo ruthlessly crush his challengers and be a man his younger peers can look up to? And ultimately, can he take his skills to the level where he can follow in Date Eiji's footsteps and aim for the international title? Pro boxing is a difficult sport; Ippo and his friends - even the mighty Kimura, must survive in a competetive world where all others must fall in order for one to rise to the top...

my tears drop at the whole searies T_T

and the killing moment its the last eps with Jose Mendoza

that one is my fevarot fight ^^

For many years now, Ippo's sempai Kimura has struggled to reach the top of the lightweight division, but the title has always eluded him. Now, finally, an opportunity comes that he might never get again: a chance for one more fight, the winner coming away with the championship belt. His opponent seems unbeatable, but Kimura is determined. He'll defeat Mashiba with his newly created secret punch... or he'll retire from boxing forever!

Ippo's ready to face his greatest test thus far as a boxer, but his next opponent is completely unlike anyone he's fought before! Cool, calculating, and possessing an intelligence rivaled only by his ferocity, he is the brains against Ippo's brawn. To make matters worse, an old rival from Coach Kamogawa's past has returned to guide Ippo's genius opponent, and he brings with him knowledge of a secret attack that's supposed to be... unbeatable!