Ascendance of a Bookworm - Videos 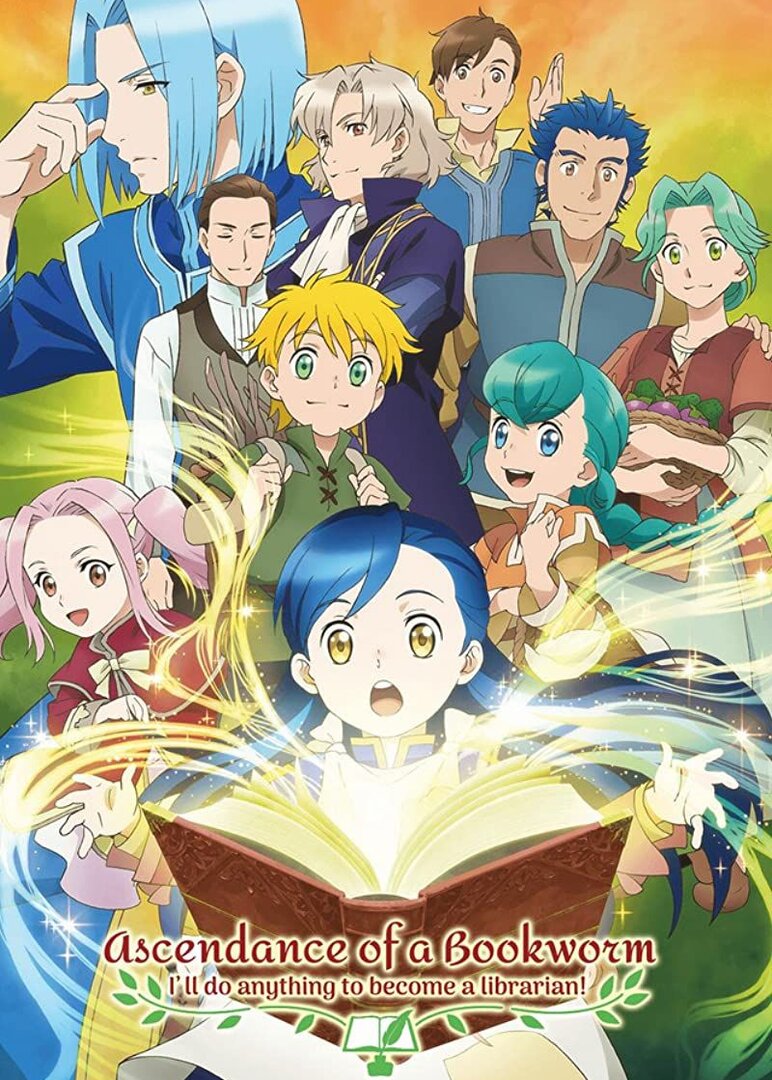 Ascendance of a Bookworm Episode 2 - Life Improvements and Slates

Having learned how expensive books are in this world, Main resolves to make books of her own. However, she soon finds out just how frail her new body is when she and her elder sister, Turi, decide to go to the gate to deliver something their father forgot—she can hardly take a few steps before running out of breath. But that's when Lutz, a neighborhood kid the same age as Main, offers his help. Main is touched by this and soon makes it to the gate. There, Otto gives her his old slate, letting her experience the joy of writing once again.

A World Without Books

The Events of Winter

To the Second Winter

Anime-Planet users recommend these anime for fans of Ascendance of a Bookworm. All available to watch right here, right now!

Several thousand years after a mysterious phenomenon that turns all of humanity to stone, the extraordinarily intelligent, science-driven boy, Senku Ishigami, awakens. Facing a world of stone and the total collapse of civilization, Senku makes up his mind to use science to rebuild the world. Starting with his super strong childhood friend Taiju Oki, who...

yes, i feel the connection it is dinstinct

Wealthy heiress Catarina Claes is hit in the head with a rock and recovers the memories of her past life. It turns out the world she lives in is the world of the game Fortune Lover, an otome game she was obsessed with in her past life... but she's been cast as the villain character who tries to foil the protagonist's romances! The best ending the game has for...

Like Ascendance of a bookworm, My next life as a villainess has a female main character with a set goal in mind after remembering the events that happened in her previous life

Both reborn in a new world and use they're knowledge activity in their new lives. Both main characters work hard to achieve their goals.

Similar vibes. I would classify them as the same 'type' of isekai. The MC travels to another world and, using his/her skills from our world, improves or better the new world.

Both MCs are kind of know-it-all characters and interestingly, both also have blue hair. They both are a bit too perfect and can do nothing wrong, I guess, but Rimuru (Slime) is also definitely OP.

Both isekai to a new world some way or another

Both starting from very weak bodies, one uses more magic and the other knowledge form books

Both pretty light and nice

Both main characters bring their knowledge of innovations from their previous world into the new world, astounding others and forging the path for partnerships and new friends. This allows Rimuru to build an entire town and be worshipped by many, however for Main perhaps because of her sickly nature she does not end up with as much status as Rimuru. Some may find this more realistic and enjoy watching her overcome hardships. It does provide a darker tone than the overall lightheartedness of That Time I Got Reincarnated as a Slime. Either way I found both series to be interesting.