Ascendance of a Bookworm OVA - Reviews 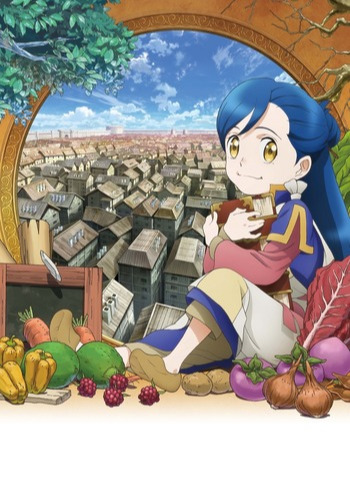 The neat thing about original video animation (OVA) is the ability to explore story concepts that normally won’t fit into the planned season of … say 12 episodes.  The two episodes of this Ascendance of a Bookworm set does a laudable job in developing the key characters in directions one would not expect.

The two OVA would play nicely as a brief arc between the two seasons.  The first episode deals with the head-priest Ferdinand and his misgivings about the overly mature and savvy Myne.  So much so that he sets two spies on her trail.  The snoop choices are dubious, two nobles, Eustachius and Eckhard, who are to roam the downtown area for a girl they have never seen before.  They do not blend into the commoner scene in their high-class duds, so Eustachius suggests they dress down.  Eckhard’s descent into the world of the ordinary citizen is stressful for him.  Retching his guts out is part of the good clean fun of the misadventure.  But the commoners suspect the two to be up to no good, and everyone is mum about her identity and whereabouts.  The irony of this story comes at the end, when Eustachius and Eckhard, beaten and unable to discovery any juicy tidbit about Myne, walk right (unbeknownst to them, of course) by Myne and her mother as they return to the head-priest with no news (which is good news … for Myne).

The second OVA deals with Myne introducing her mother and sister Turi to Corinna, the merchant guild’s master seamstress and designer.  Corinna is interested in the hair-pieces Myne and Turi have developed and is interested in selling them at her boutique.  Myne goes into super-negotiator with Corinna’s brother Benno and wears him down for a fair price for the production rights.  This was the common denominator in the two OVA’s, Myne’s key mentors in the areas of the business world and the life of the Cathedral are depicted as hard-driven men whom Myne has to learn how to handle.

I was deep into the second season of Ascendance when I checked out the A of B  original video animations.  I noted the progress in animation technique right away, as the OVA used the themes and procedures of season one.  The coloration of the OVA is not as sharp as that used by Season Two: Episode Nine.  The suspicions of Ferdinand in OVA episode one did not mesh with the character as seen in Season Two.  The head priest is the protector-guide of a usually clerically-clueless Myne, and Myne’s attitudes about books and reading still baffles him.  Which means both characters still have to grow.

But that’s the charm of OVA.  New glimpses into characters you thought you knew.

The mini-arcs between seasons one and two are a perfect way to take a break from Myne's perpetual bed rest. It shows the characters in a more relaxed state and shows more of who they are and what they do outside of the main plot. This was a step up from what was offered in season one and made it really enjoyable