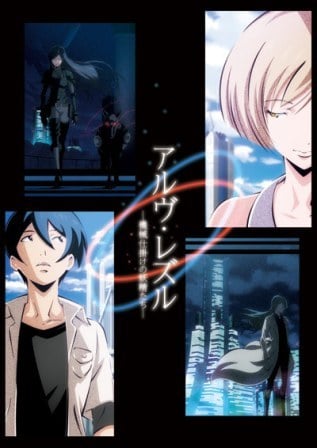 In this cyber science-fiction story, a boy named Remu goes to take back the soul of his little sister, who disappeared in net space.

So the focus of this story is supposed to be a brother looking for his sister in a time where consciousness is able to live on outside a physical body. Really it's fanservice with panty shots, accented boobage, sashaying booty and other undisguised perversion. While there is some touching familial stuff towards the end The Life of Budori Gusko (2012) told a much better story of a brother looking for a sister. 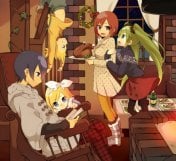 Arve Rezzle: Kikaijikake no Yoseitachi is set in 2022, where technology has advanced enough to allow humans' minds to travel through cyberspace as they leave their bodies behind in "body pools" which would maintain their physical health. This new technology is called NLN. A crisis later dubbed as "Early Rapture" occurred and several thousand consciousnesses were lost in cyberspace, unable to return to their bodies. Remu's sister, Shiki, was one of the victims of this incident, but she managed to return. However, the one who returned to Shiki's body wasn't "Shiki." Somehow, a different soul wandered into her empty body and took over. Together, Remu and "Shiki" head out to discover the cause of this incident, how to get Shiki's soul back, and whether or not they can find "Shiki's" body. Story: 14/20 This OVA harbors a lot of potential to expand into something even greater and more detailed, but the twenty-minute limit it was given wasn't nearly enough time to draw out the story's full potential. An interesting concept and setting was introduced, but there was too much information being handed out at once. It almost felt as if the creators were force-feeding information to me without giving me any time to swallow and digest it. Poorly executed story with a lot of potential. Animation: 8.5/10 The animation is quite... graceful (?), elegant (?), and difficult to explain. It reminded me of Mike Inel's "Draw With Me" animation on Youtube. I had my doubts when I first saw the way Remu was colored because the style looked like it belonged to a soft, light-hearted anime like Usagi Drop, not some sci-fi, survival adventure. However, I came to realize that that was what made the animation so unique and different. The art/animation is without a doubt, the best part of this OVA, although it's a bit stiff at times. Sound: 7/10 Eri Kitamura and Jun Fukuyama starring in a OVA? How can this possibly go wrong? Well, thankfully, it didn't. The voice-acting suited the characters quite well; you can hear a slight difference between Shiki and "Shiki's" voice despite the fact that they're voiced by the same VA and... they share the same body. That's the amazing Eri Kitamura for you! Fukuyama-san's voice-acting was good, but it certainly wasn't his best. **One problem I have with the voice-acting is that it sometimes doesn't match the animation. I don't quite know whether to mark off points in the sound or animation section for this.** Characters: 5.5/10 Remu and "Shiki" are somewhat bland characters. They fit right into the cliched hero and heroine genre, and nothing really stands out about them, especially Remu. He's the typical "justice will win" character who is fighting to find his little sister at all costs. The latter reason is more reasonable than the former, but they're still fairly lame and cliche reasons for setting out on this adventure. A female "villain" made a couple appearances throughout the twenty minutes of this OVA, but I learned nothing about her except that she is trying to kill "Shiki" and Remu. For all I know, she could've been doing all that just for kicks and giggles. Overall: 7/10  (14 + 8.5 + 7 + 5.5 = 35/50  = 7/10) If you're ready to take in and process a shit-ton of information within a short timespan, don't hold back on watching this. For all those sci-fi fans out there, you might want to check out this OVA! It'll be pretty worth it... if you don't mind having a load of unanswered questions in the end. 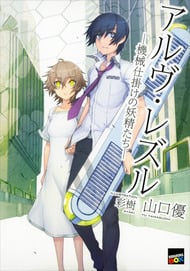 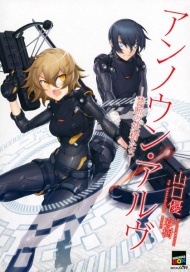 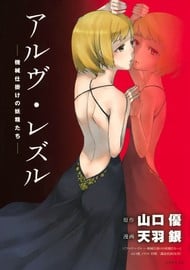