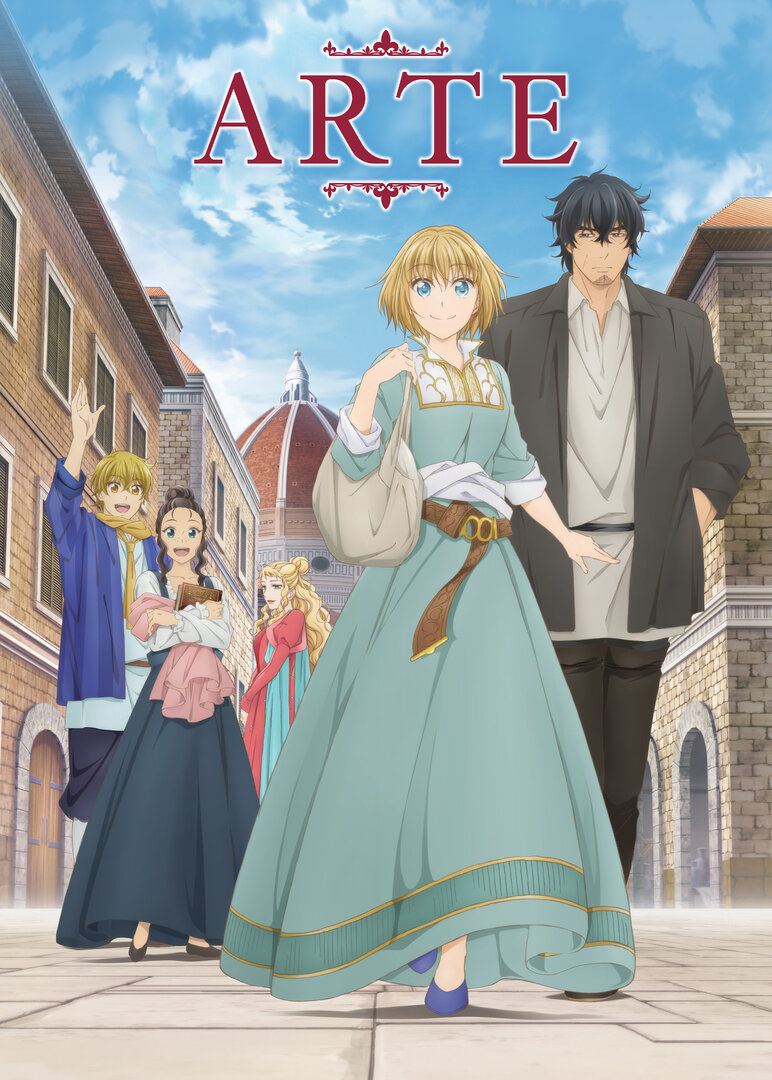 I feel like the author was trying to be pretty optimistic given the setting in Arte. But at the same time the themes for Arte regarding women empowerment felt heavy if I'm being honest. While I honestly agree with that, in the setting provided, that is not true.

True Renaissance era life would not allow this sort of story. Unfortunately, there was less focus on the setting than on the women's power storyline. Arte was less "historical" and more "fantasy" in this sense.

The author also choose to base Arte off of a real life figure, Artemisia Gentileschi, who had a very different life in comparison. The author probably didn't want to show true to life facts for those specific reasons. Still, I would love to see a true anime adaption of Artemisia Gentileschi's life. It feels gritty in a way, like Berserk. https://www.theguardian.com/artanddesign/2016/oct/05/artemisia-gentileshi-painter-beyond-caravaggio

Other than for the themes, the characters come off as boring. Even the drama surrounding Katarina ends up feeling cheap. Leo's old client Ubertino has the least screen time amongst the five characters but he makes a great contribution to Arte's development in bargaining. And since the best thing about this show is Arte's development, he manages to be a memorable character despite low screen time.

Arte wasn't a very good protagonist in regards to how she acted like an airhead and in how she responded to the sexism in the show. Putting in the hard work towards becoming an artist isn't going to change the opinions of others that easily. If that were the case, then life would feel an awful lot like a shounen manga, but this show isn't even shounen to begin with.

Even though animations are not really bad, quality of visuals for both of character models and background drawings are poor. Plus I can't say the soundtracks were good, cause most of the soundtracks are plain and boring. The irony of an anime being called Arte. I can't even say I enjoyed it as much as I wanted to. At the end of the day this wasn't a good historical anime, being one of my favorite genres.

Series I would recommend would be The Rose of Versailles and Golden Kamuy. Both have female protagonists in historical settings that feel awesome and don't have you tearing your hair out in frustration.

Fresh and entertaining. Arte reminds me of Thoru Honda from Fruits Basket. She always see positive side of live. Pure, innocent and very motivated person. She deals with reality in her own unique, lighthearted way. This anime shows the viewer difficulty of times that the women were living in.
The woman served as decoration, she was supposed to pamper the senses of connoisseurs. Women posed for paintings, sculptors, inspired poets, but their participation in the achievements of the Renaissance usually ended there.
Saint Augustine: “The woman is an inferior creature who was not made in the image and likeness of God. It is the natural order of things for a woman to serve a man. "
SHE DON'T GIVE A  but she doesn't do it in a pushy, caricatured way like feminists do today.
I really enjoyed it.

Bottom line: don't watch this for any sort of historical accuracy. Honestly, don't look to anime in general for historical accuracy. With a possible rare few exceptions, anime can't be counted on to make historical sense or serve as a closer look into how people in society in this time acted or how their relationships work. The only historically accurate things about this were the clothes, the buildings, and the fact that women's only option was to get married or become a prostitute. Don't go into this for a historical fiction type story.

The story, though, is pretty good. The characters are sweet and have the cutest relationships. It's a cool message about overcoming trials, facing off with social norms, and finding your path in life. I love the story and the characters and the animation style and the clothes and the painting and all the simple interactions Arte has. They're wonderful.

It's just better to pretend this happened in an alternate timeline.

Tl;dr: It's average in pretty much every way, but it's fun, relaxing, and lighthearted. It's perfect to put on in the background and chill with, but is rather shallow if you try to analyse it.

This was such a cute and fun anime! It's adorable, bubbly, and perfect for when you want to watch something chill and lighthearted.

The story is actually pretty bland--it's the same story about an earnest rookie with incredible talent who has to overcome unsurmountable obstacles to achieve their dream, and miraculously does so with the help of their friends and family. It's telling the story of a real European artist, Artemisia Gentileschi, who was an incredible artist, but her life was very different than the Arte that the show is about. It's more fiction than it is history, but that's okay, because it never pretends to be very accurate. It embraces the rose-tinted aesthetic as it romanticizes everything it depicts.

The animation is rather average. It's pretty, but nothing spectacularly good or bad.

I quite enjoyed the music--both the theme music as well as the soundtrack. Again, it isn't anything more or less than average, but it is nice to listen to. The voice acting was better than most animes', in the sense that it wasn't too over-the-top, but it wasn't completely bland, either.

The characters are single-dimensional and boring. There's really no other way to say that. They're caricatures of real people, and the story is rife with anime cliches.

Despite all of this, the anime comes across as a lighthearted, relaxing, and entertaining show. Its beauty lies in the fact that it doesn't even pretend to be anything but that. It's meant to be a chill, background watch, and it does so well.

A little bit of my high review is, admittedly, attributed to nostalgia, since I saw and loved it as a kid. I recently rewatched it, though, and did enjoy it.

I enjoyed this anime quite a bit. I really liked the idea of the series because I have never seen any art related anime before so it was quite intresting. And I like womens empowerment message. I really liked the way Veronica and Katerina's mom looked because I thought they looked very stunning and so did Arte and Katerina. Arte's artwork that she did was very beautiful too. Overall I enjoyed the series quite much.