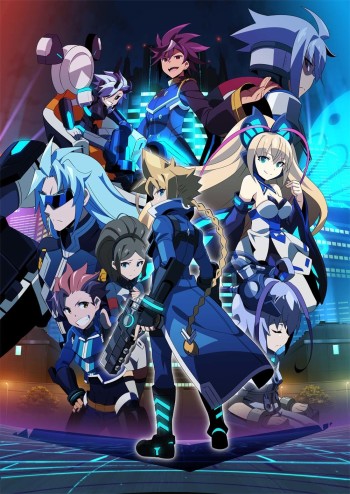 This is my first review so I'll do my best. The show overall was not bad.

Story- The story was actually an interesting. It is definitely different from a lot of the popular anime. It probably would have been even better if the show was longer. There were a few moments where the plot gets confusing but it clears up at the end. It was not a bad plot, but could of been executed better or at least in a different direction.

Animation- The best parts of the animation would be the fight scenes. other than that it's not bad. There are some occasions where the characters look oddly stiff.

Sound- The music was not that bad. sound effects were okay but not the best. There a couple of good voice actors, but a few bad ones too which kind of made the show less enjoyable.

Characters- The characters had some extreme designs, but in the end some were not that rememberable. The main character, Gunvolt, is cool with some skillful fighting powers. joule, the girl with the antennas, had some interesting powers as well.