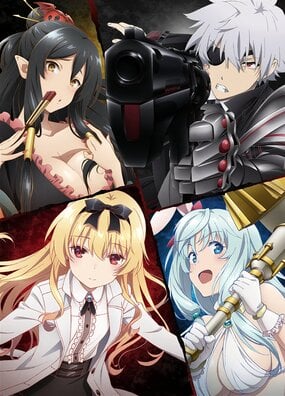 SPOILERS!!!! The first few episodes of the series were pretty good. Interesting. But then they brought in the CGI, the dumb ass bunny, and pretty much a semi shield hero rip off. And the season isn't even over yet. Things I enjoyed: The storyline- Interesting  storyline with the whole weak kid gets strong my eating monsters and absorbing their powers.  The two main characters. The characters are really interesting at first. The boy rescues the vampire and they fight monsters together is really cute in a way. I am a sucker for love stories. But then the third to forth episode came along and it dwindled. You think "ohthey kissed!"but then the next episode turns right around and he tries to brush her off. Yui's power strength would also change. One minute she could kill a 100 ft. monster the next she's getting the crap beat out of her by a snake. Things that Killed the Show for me: CGI!!!!!!!!!!!!!!!- The CGI is absolutley atrocious. Sometimes the monsters are even hard to see because they used too dark of a color and it blends into the scenery. The moves remind me of old ass anime style. It is cringy af. The school story- I'm sure if I read the manga maybe the anime would make more sense to me with the school arc. But in the context of the anime it seems completely useless. The way they cut the scenes from the hero to the class was terrible. Those scenes have nothing to do with the main arc and seem pointless.  The Three Characters- At first Hajime seemed pretty cool, but as time went on is character's personality seemed to change out of nowhere. First he was angry, then lovey, then cold, it was all over the place. His story also seems a lot like Shield Hero's, which bothers me greatly. Yue was an interesting character and still kind of is. But the only issue I had with her was the power flux. Yes, I know she's a vampire and needs blood for energy, but isn't she a princess from a long line of vampires that are extinct? Next is Shea, the dumb ass. I didn't like her character the moment I saw her. She is completely stupid is the exact opposite personality wise with Yue and Hajime. I just don't like her. I liked it better when it was just Hajime and Yue. Okay, that was my rant. I know it's harsh, but it could be better. I Have never read the manga, and I hope that it is better than the anime.

At first I thought this might turn out interesting, but I swear the quality gets blander and blander with every episode. Hajime starts out pretty likable, he's weak (apparently; idk, transmutation seems to work out just fine in Avatar and FMA) but does the best he can with what he's got; he's scared but not a coward - the perfect underdog. Then his character is completely remolded in what is basically just a montage, and could probably have been an entire arc by itself, not to mention one of the most interesting parts of the show otherwise. But hey, I'm probably the only person who enjoys hardcore underdog levelling type stories. It's not like that's a thing. Anyway, now that our MC is basically a heartless god, he meets Yue - who can be simply summed up by the stereotypes "cool" "blonde" "naked" "OP" "loli" "princess" with a side of vampire fangs. We'll brush over how old she is, but she's actually the most likable character to me, being calm, kind, reasonably devoted (by bishoujo implausibly falls for harem target standards), and apparently intelligent. Pretty soon we stumble upon the larger story, "a conspiracy beyond our expectations" kinda deal, but after that, honestly nothing much really happens to progress it, or at least, when it does it doesn't actually make any tangible difference to the story. So that's that. Our other characters, who we meet in the course of the story are Shea and Tio - who fulfil the criteria of being not-human-and-therefore-discriminated-against-but-not-by-our-holier-than-the-rest-of-the-world-hero. There are other characters who appear along the way, but as none of them actually matter after the first episode (I haven't read the source material, so this is only regarding the content aired in the series) I won't go into them beyond that teacher looks and acts like a child and I think she's supposed to be an innocent moral compass, but it's not endearing at all when she's supposed to be a capable adult. Actually it'd be kinda greasy even from a child, but that's just my opinion.Shea is our bunny beast girl, who is super stupid, super strong, super clumsy and way too into Hajime pretty much off the bat, and comes onto him way too hard. In a word, she's annoying, and considering Yue, she's in the way - and they even feel that way at first, but then they've come around like five minutes later; Yue's all ready to send them off on dates and you're just left in the dust like "go away, you're ruining the romance and the action".Tio has one of the most uncomfortable character introductions I have ever seen (I mean, if it was the opening sequence of a badly scripted porno that'd be one thing, but it's smack bang in the middle of a televised fantasy series), and even though her character design is probably my favourite in the show, there's just no getting past that first impression. She actually seems to have a serious backstory as well, but this is obliterated by her only characteristic since meeting Hajime being lewd masochism. BDSM in anime is often portrayed as being a blatant/ruling characteristic, rather than a fetish, which can get quite annoying, but Arifureta is one of those shows that just goes too far when Hajime basically rapes Tio and she spends the rest of the show begging for more rather than being, you know, traumatised. But hey, I guess it doesn't matter if a stranger shoves a rod up your backside when they're a main character and a harem target. That'd make anyone come. Especially after you've just lost your entire will to a spell that made you go on a killing rampage slaughtering innocent people. Wouldn't you be horny after all that unprecedented manslaughter? Characters and events just become more and more cliche as the series goes on - we even have a kid calling Hajime 'Papa' for newest harem candidate - don't worry, she's not human either, and no, she wasn't at all scared when she woke up with a scary looking guy watching her after escaping the slavers who just kidnapped her, because I mean, who would be? Incidentally, it turns out you can deal with criminal organisations by blowing up entire cities, so I guess Hajime really is a god after all now. Freaking Sodom and Gomorrah over here. Oh yeah, and the production quality is basic on a budget on a schedule. Like it's professionally shit, rather than amateur shit. There's no art here, just what's needed to practically tell the story. I mean, the design is on the source material, so seriously. No art here. Still, it could be worse, so I'd call 2D as being average to subpar, and CGI as I-wasn't-expecting-anything-from-you-anyway. About what you'd expect from any mainstream genre side-show churned out of the money mill. I know that sounds particularly scathing, but there're always anime intended to be easily digested by the masses, I enjoy them too, but their main purpose to a company is to fill air time and turn a profit. I doubt they're going anywhere, and I don't have anything against them, but their production quality is generally poor. In short... how bored are you? 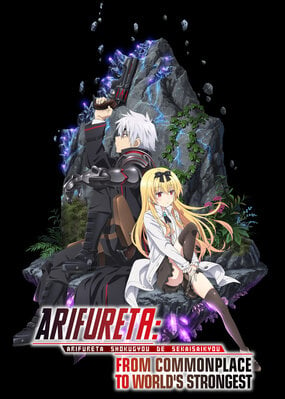 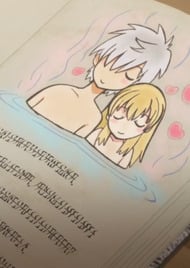 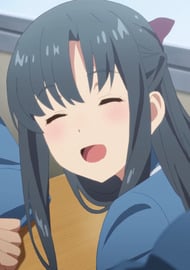 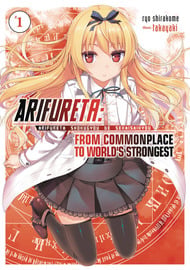 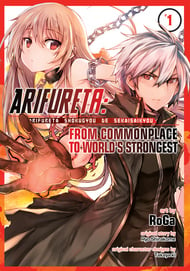 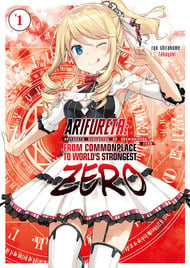 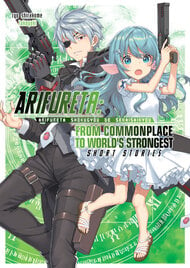 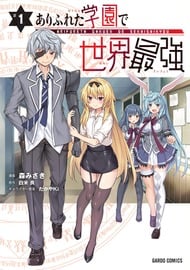