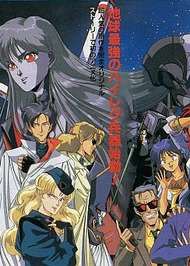 Through a series of unfortunate events, Earth was suddenly attacked by Albert Houser, owner of the offworldly Gedo Corporation. To expel the beast-like invaders, one man created Ariel, a woman-shaped mecha designed to defend humankind! But this mecha required a special kind of pilot, and who better for the job than.. his granddaughters?! Now, to save the human race, Aya (who would rather be studying),  Mia (who would rather be playing sports) and Kazumi (who actually likes the job) must pilot the feminine Ariel, before Houser can complete his nefarious plan!

StoryAriel starts out on a very promising note. A jovial narrator introduces all the main characters (and secondary characters, really). Each of them has something "unfortunate" related to them. For example, one of the girls is unfortunate because she wants to study, and has to pilot Ariel (the All Round Intercept and Escort Lady... I am not joking) instead. We are even introduced to the entire alien staff (who all look like elves, I might add), right down to the budget coordinator. The first scene we see as part of the actual story, is the alien ship launching several alien creatures down to the planet. In mid flight towards the atmosphere, we hear a voice on the bridge communication saying something to the effect of "this is so and so from the budget office, we have run out of funds, you'll have to withdraw all troops immediately!" Houser rolls his eyes and reluctantly calls back the attack. I laughed out loud. Unfortunately, the originality and humor dies around that point, and steadily degrades into something terribly generic. The problem with Ariel is that it can't decide what type of OVA it is, and never really focuses on one type alone. Now, I know that some anime flawlessly blends different styles and genres, but Ariel fails MISERABLY. Is it a comedy? Or a mecha fighting show? Or what?? I think the other key thing to point out about the OVA's failure is the fact that although the main characters are supposed to be the grandfather and his young female relatives, it still tries to employ character development for tons of secondary characters as well. It reminded me of Triangle Heart syndrome -- introducing WAY too many characters, and trying to develop any of them in a decent manner just didn't work. For example, the elvish aliens had some sort of back story, but it wasn't shown much, so I really have no idea why it was shown at all. Also, the flow was considerably bad as well. Although you get the impression that the MAIN focus should be a mecha fighting show, one entire episode is based on one of the granddaughters having a date with a random boy. The OVA itself is two episodes of 30 minutes each, and then two at 45 minutes each. Near the end, it becomes so disjointed and confusing (as far as too many characters and names) that you don't want to watch it anymore. Honestly, not a lot is even explained (why do these elf-like aliens have giant godzilla sized monsters to use as weapons? For one), and I think that is what makes it so frustrating to continue watching. To sum up Ariel's story score: an interesting start which turns into a generic cesspool of characters and plot points, that bore you terribly.AnimationThe visuals of Ariel were reminiscent of Record of Lodoss War OVA, but far less detailed and interesting. The graphics were surprisingly (and badly) simple, especially for special effects such as the engine fire of a space shuttle. The intro song was one of the worst I've ever seen, with just patches of colors moving around, with silhouettes of the characters superimposed over it. Character designs were very old looking (circa Eva days) with simple shading. Colors used were all over the map, nothing vibrant. The mecha design was easily the strangest I've seen, looking like a normal human girl (with huge normal eyes), and hair! Very creepy looking. SoundThe intro song reminded me very strongly of something you'd hear at a 70s summer camp. The rest of the music was synthy and completely unforgettable, hence the average score. Voice actors seemed fine for everyone. CharactersThe character situation was definitely a disaster on almost all accounts. As mentioned, FAR too many characters were introduced, and then attempted to be developed (which only made for a more confusing watch). The main characters themselves aren't really developed, and secondary characters are developed too much (but not enough to warrant being main characters). The one thing I do give credit to is the realistic representation of "normal" girls. One of the girls looked sort of like a boy, with nerdy glasses (but not uber nerd), nerdy clothes, etc. I don't know, it seems like most anime females are either super pretty with physically impossible breasts (not counting plastic surgery, of course), or overly nerdy and they look fake. This struck a good balance, as far as I'm concerned, at least with the one character. But besides that, a big failure all around.OverallAriel had potential, great potential. It's too bad that potential couldn't last longer than the introductory narration. With a plot that can't figure out what it is, a mood that changes from minute to minute, too many characters, and a length about 4 times as long as it should have been, this makes for a very uninteresting watch. Had it retained the humor of the first few minutes, it might have had hope, but in general, this failed miserably. 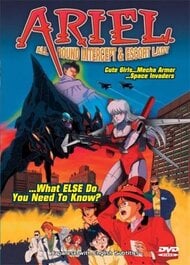 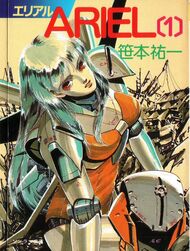 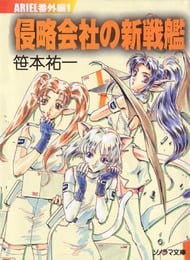