Aria the Scarlet Ammo: The Butei Come and Train at a Hot Spring 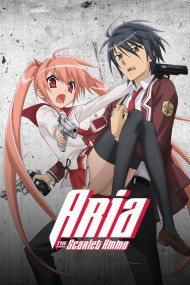 Ms. Tsuzuri takes her students to a hot spring in order to undergo Butei training. She tells them that their training starts the next day; however, strange things start happening on their way back to their rooms after enjoying the hot spring bath.

Oh, how interesting Aria the Scarlet Ammo could’ve been had it reduced the length of the TV series and increased the length of its OVA, since the one-episode OVA is better than the entire 12-episode series. The story takes place at a secluded mountain hot spring where the Butei students’ teacher, Miss Umeko Tsuzuri, intends on a special training camp for her select students from her class; more specifically, most of the main and secondary characters, as well as new transfer student, Jeanne d’Arc, from the TV series. When they first arrive at the doorway, the hot springs appear deserted, which is not what you would expect from a large, luxurious destination such as this. When the group is finally confronted by the owner of the hot springs, she explains why the place is nearly vacant. There are strange happenings about, hence the Butei training camp. After both a chest-comparing bath and a powered-up ping pong match, one of the members of the group goes missing. The events that ensue afterwards are creepy and unexpected, which is a bright spin from the rather dull TV series. Had the series played out more like this, then you could even consider it a horror and more interesting, although the botched-up character development and interactions is what ultimately dooms the anime. Additionally, that would have to be fixed to make this OVA a better overall series than the actual TV series is. Luckily, character background is not necessary to enjoy this standalone episode. Now the animation, art, and sound remain the same for this, which means the animation and art are average, and the OP and ED music tracks are better than average. If you enjoy them from the TV series, then there will be no complaints here. Overall, this one-and-done OVA episode is reminiscent of the 2002 Japanese horror movie, Ju-On: The Grudge, just an abridged, animated, and fluffier version of it. However, if you make it through the TV series and watch and like the above movie, then odds are you are bound to like this OVA episode. Again, too bad the entire anime isn’t geared towards this concept. Fixing the character issues and adding this type of plotline would make it a much better series rather than the mess that it is. There’s always Aria the Scarlet Ammo AA to look forward to, am I right? No, I’m not! Entertainment Score: 7/10 Achievement Score: +3 to Overall My expectations were Low, and it delivered Slightly Above those expectations. 2️⃣Weighted Average System Score: (12 + 5 + 7 + 6 + 14 + 3 = 47/100 points) Age rating:  TV-10+ (girls' bath scene; creepy factor) Additional Information: Video Format:  1080p (Blu-ray) Audio Format:  English dubbed Publisher:  FUNimation Equipment Used:  LG 60UH6550 4K TV, Vizio 5.1 Sound Bar System SB3651-E6, Sony Blu-ray Player BDP-S5200 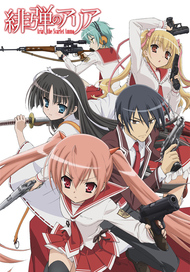 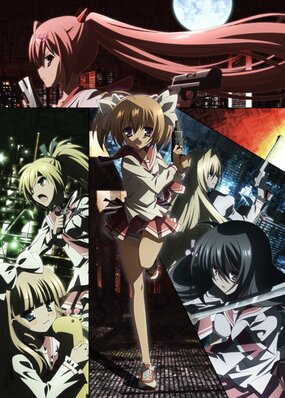 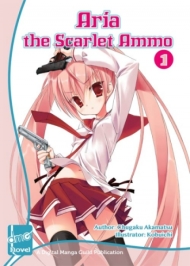 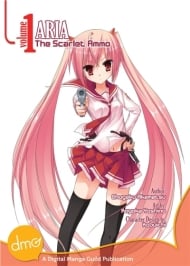 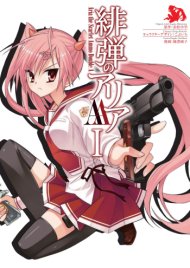 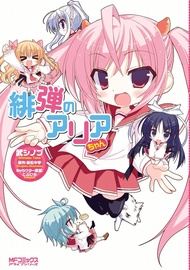 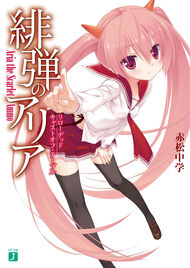 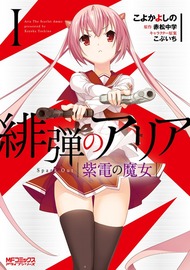 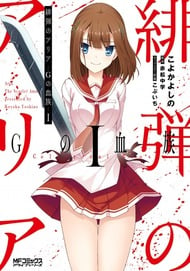