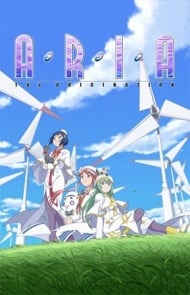 The water-laden city of Neo-Venezia is a haven for tourists and dream chasers. While in the city, gondoliers known as Undines ferry the visitors from place to place, showing them the sights or simply lending a sympathetic ear. Akari Mizunashi is an apprentice at the Aria Company, one of three companies in the city, and wishes to be promoted someday to the title of Prima. With the help of her friends, Akari accomplishes many things including helping to shuttle frequent visitors to the unknown sights of the city, gazing at beautiful paintings, and pondering the existence of the planet before it was called Aqua.

Those Who Aim For Tomorrow...

In That Gently Passing Time...

The Memories of that Precious Person...

Surrounded By That Orange Wind...

The Excitement on That Moon-Gazing Night...

Embraced By That Blue Sea and Wind...

Ah, how I love this show. Certainly, the Aria series are full of flaws, contain almost zero plot twists, have very slow character development and have nearly nothing going on for most of the time, which is also why there are only very few people I’d immediately recommend this to, but it absolutely excelled at what it was trying to do: creating a slow paced slice-of-life show in a gorgeously idyllic setting. Story Just like the previous two seasons, Aria the Origination starts off with a hand full of episodes about the training days of Akari, Aika and Alice and the small adventures they go on. Seeing this is the third season, I’m going to assume that you, the reader, enjoyed these kinds of episodes during the previous 39 episodes (and 1 OVA), so I won’t ramble on too long about how this format definitely won’t appeal to most people. This third season has more of a central theme though. While the first and especially the second season were almost completely episodic, most episodes in this show are centered on the worries and dreams of the characters about becoming Prima’s. While it retains its calm and peaceful atmosphere, there are also plenty of more serious episodes this time. For the final five-or-so episodes it drops the episodic nature the rest of the Aria franchise has and goes for a very satisfying ending. Although it’s definitely a predictable conclusion for most parts, they did throw in a few pleasant surprises that will without a doubt bring a smile on the faces of Aria-fans. Animation There is no noticeable difference between this and the other seasons in the animation used. While the quality of the static animation is average at best and the dynamics are severely lacking in fluency, the designs are gorgeous as ever. From the elegant undine dresses with the company-patterns, to the alleys and buildings of Neo-Venezia, to the beautiful landscapes, everything is as Akari would describe as “wonderful”. So even though the animation left a lot to be desired, because the idyllic design of everything made for such a great ambiance, this season gets a very acceptable mark on animation from me. Sound I’ll be frank: this season’s soundtrack isn’t as good as it was in the previous ones. Although the opening is still very fitting, it isn’t as strong as the previous ones and especially slow in the beginning of the song (yes, even slower than the others). The ending however leaves the most to be desired. It isn’t even bad on its own, but it doesn’t blend in well with the rest of the soundtrack. That said, apart from the opening and ending, the rest of the music used is as good as ever. Much of the soundtrack from the previous seasons is reused here and much to my joy, they used the opening theme from Aria the Animation, still my favorite song of Aria, to tastefully close the final episode. Characters This is where the show really shines. No matter how beautiful and idyllic everything is, an almost 20 hour long episodic story falls flat on its face if it isn’t accompanied by an incredibly likable cast. Because of the nature of the characters, I realize this is a hate or love matter. Every single person in the show is kind and good natured and even though most of the personalities are very straight forward and lack depth, almost the entire cast was likable to me. As is stated before, character development only happens very slowly in the Aria series and most of the views into the pasts of characters only reinforce their bland nature. It is however this unconditional love and almost simplistic points of view the characters have that gives the series this “back to basic” feel. Overall If you’ve seen the previous seasons, you’ll pretty much know what to expect from Aria the Origination. The first half consists of the same episodicness the other seasons have, but all while building up towards a very satisfying conclusion. The show has great closure, but also opens the way for a potential fourth season or OVA. A must watch for fans, and if you somehow managed to watch the first two seasons while disliking the nothing-really-happens tales (you masochist), you’ll be pleasantly surprised with a non-episodic second half of the season. As a final note towards the ratings: I decided to give this season a higher mark on the story section because they toned down a bit on the less-successful comedy and because of the satisfying conclusion. This is basically the rating I would’ve liked to give the previous seasons, but couldn’t because of the more obvious flaws they had on the comedy department.

Have you ever had an anime you like trashed by some Weaboo? They would criticize some action show like freaking literary analysis. So, you look at their profile. They have watched 100 plus anime shows and one of their highest rated shows is a show called Aria. Let me give you a review of Aria from an intermediate anime fan. If you are adverse to reading books, listening to public radio, or going outside ( which is a phase I am in right now), Aria is good substitute to see the world. It is not in high school, depicts work, and takes place in a sci-fi city. For everyone else, it's boring and a complete time suck. There are 4 characters: pink hair is the new employee with dreams, blonde hair is the kind boss, blue hair is friend of pink hair who works for another company. Green hair girl is the prodigy introduced later on. The cat is like Pikachu. Story: Despite what fans and non fans say, there is plot and conflict. It takes place in different form. It could be getting lost, exploring the city, a distasteful conversation, meeting people, seeing a new part of town, remembering the past, cooking. Episodes revolve around exploring stuff and believe it or not, every episode is different. But, they aren't doing their fucking jobs which objectively constitutes as a show about doing nothing. And, the fact this is all in cartoon form makes it very hard for the most open minded people to relate to these character's problems. You could call this, Aria: the procrastinators and retards. Characters: For a character centric show, the characters are not deep. Pink hair girl comes off as a bag in the wind. Blue hair girl is slightly neurotic saying like 1 or 2 selfish things, but that's it. Blonde hair girl is constantly kind and mother like. So, you could identify with these characters if you had a lobotomy or are borderline retarded. But wait, they have dreams and stuff to be primas! Well, go the fuck to work then and stop screwing around. Art : There is sort of an anime haze around each scene. Although it takes place in anime Venice, it is really hard to get a sense of scale or direction. It confuses the audience of exactly where they are on the map. There is not enough details in the costumes or buildings to actually feel like Venice or have a certain culture to it. You need more colors, cracks, random flourishes of patterns, asymmetry, and craftsmanship. The setting seems more manufactured than actually absorbing you into the story. To express emotion, faces puff up which just looks weird.Sound: There is a lot of classical guitar so if you like classical guitar this is for you. It gives a soothing feel. The girls and cat thing squeal and go ehhh which is annoying. It's also hard to distinguish who is talking because all the girls have high pitched voices. Overall: I kind of liked Aria. I wasn't really bored cause I wanted to explore the "slice of life" genre. But, for newcomers and other anime fans, don't watch Aria. The characters are not deep. You don't learn anything. If you want to relax and see the world, visit a park, go actually cook stuff, do something else because Aria will just piss you off. If you want a refreshing anime break, don't watch anime. Do something else for Christ sake instead of living in delusion watching Aria and subject yourself to sub-par story telling. It's a fantasy of fucking around at work and getting paid which is equal to any harem or battle fantasy out there. Aria is trash and escapism equal to any other anime out there. 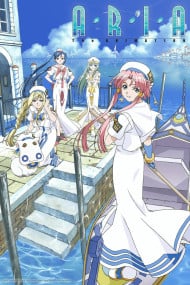 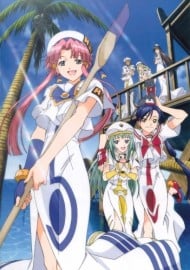 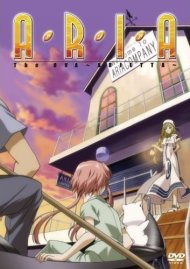 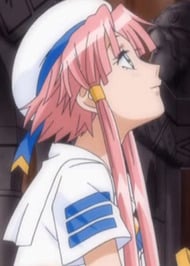 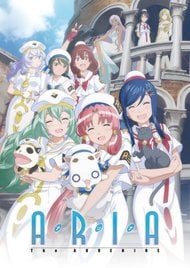 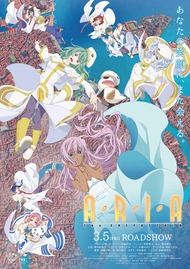 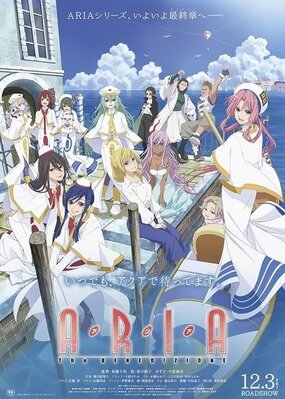 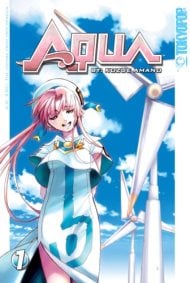 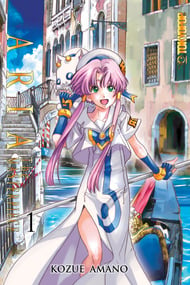 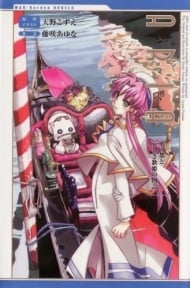